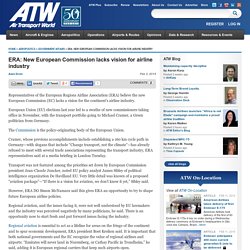 European Union (EU) elections last year led to a swathe of new commissioners taking office in November, with the transport portfolio going to Michael Cramer, a Green politician from Germany. The Commission is the policy-originating body of the European Union. Cramer, whose previous accomplishments include establishing a 160 km cycle path in Germany—with slogans that include “Change transport, not the climate”—has already refused to meet with several trade associations representing the transport industry, ERA representatives said at a media briefing in London Tuesday. 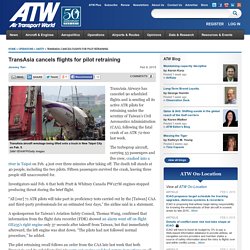 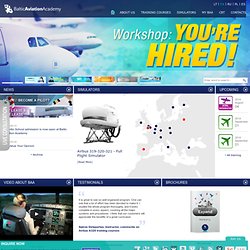 One can see that a lot of effort has been devoted to make it. I studied the whole program thoroughly, and it looks complete in every aspect, covering all the major systems and procedures. I think that our customers will appreciate the benefits of a great curriculum. Spiros Delaportas, Instructor, comments on Airbus A320 training courses. ANALYSIS: Roadmap to Mars is paved with ambition, high hopes and money - 6/6/2014. For as long as there have been telescopes, there has been fascination with Mars and its tantalising similarities to Earth. 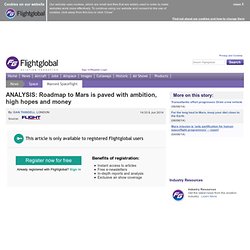 Although it has been a very long time since anyone seriously believed in Martians or feared a HG Wells-style war of worlds, the orbiters and landers that have probed the Red Planet since the 1960s have left open the most fascinating question of all, is there – or if not was there ever – life on Mars? As enticing as answering that question might be, however, it has been more than 40 years since the last Apollo mission to the relatively close Moon. NASA’s follow-up George W Bush-era Constellation programme was ultimately axed by the succeeding Obama administration – apparently because it was deemed unaffordable. Constellation had the goal of returning to the Moon by 2020. Delta and Endeavor unveil new pilot hiring scheme - 6/2/2014. Delta Air Lines and its regional subsidiary Endeavor Air have unveiled a new pilot hiring scheme to address difficulties in hiring qualified pilots. 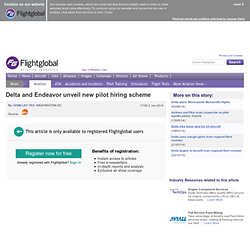 From 15 June, each new Endeavor pilot hired by the regional carrier will receive a commitment for a job at Delta in the future. Delta says the programme, called the Endeavor-to-Delta Pilot Hiring and Commitment Programme (EtD), will fulfill one-third of its future pilot hiring needs. "Delta expects to hire thousands of pilots in the coming years as many of its current pilots reach mandatory FAA [Federal Aviation Administration] retirement age," says the carrier.

Unic Aviation on behalf of our client China Postal Airlines(CPA) are seeking B737Efis/NG Captains based in Nanjing, PR China. 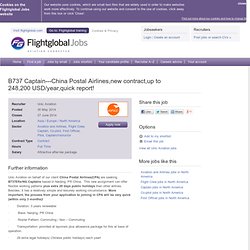 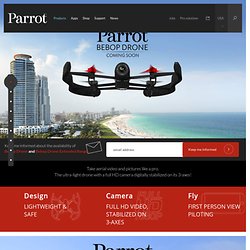 The piloting smartphone or tablet is fixed on a shelf that is compatible with the vast majority of smartphones & tablets available on the market. The pilot takes the helm of the drone via two ultra precise joysticks. How our mind decides, strategies and intuition. The majority of us find it hard to make decisions. 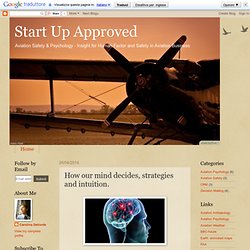 It's one of those things that we tend to postpone until the next day. Most of the time it is a stressful and tiring activity. Once a decision has been made, we feel relieved even when the decision is wrong or not entirely appropriate to the situation. The general trend is to remain firmly attached to the decision even if it requires an effort, because changing a decision is even more tiring and stressful than taking it.

Furthermore, in some cases, changing it can damage our self-image, which we often try to defend. How our mind decides, strategies and intuition.