'Trump's Notes' Photographer Explains How He Got the Shot. “What did Hunter Biden do for the money?” @SenJohnKennedy A very good question. He and Sleepy Joe must testify! With Baghdadi in their sights, U.S. troops launched a ‘dangerous and daring nighttime raid’ Islamic State defector inside Baghdadi’s hideout critical to success of raid, officials say. Titled “The Moment,” the picture shows a Tibetan fox about to pounce on an almost comically startled-looking marmot. 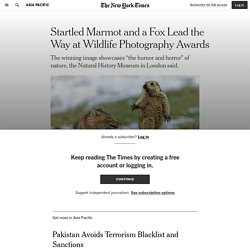 The image earned the Chinese photographer Yongqing Bao the wildlife photographer of the year award at the Natural History Museum in London. One of 19 photographs honored by the museum, the picture spread widely online after the awards were announced on Tuesday. But while the image may have granted the marmot its 15 minutes of fame, the rodent did not survive its encounter with the fox. “I can confirm that sadly the marmot didn’t survive,” Zoe Summers, a spokeswoman for the museum, said in an email. “The fox was successful in the attack and was able to feed some very hungry cubs!” The museum described the picture as “a powerful frame of both humor and horror” that “captures the drama and intensity of nature.” Ms. “Images from the Qinghai-Tibet Plateau are rare enough,” she said in the statement. The museum said Mr. Check out some of the other award winners below. 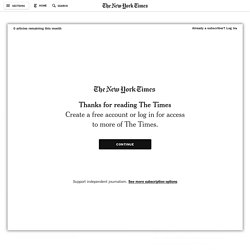 As discussed, connecting you here with Andrey Yermak, who is very close to President Zelensky. I suggest we schedule a call together on Monday - maybe 10am or 11am Washington time? Kurt Sondland Briefs Zelensky Ahead of Call with President Trump:1 On July 19, 2019, Ambassador Volker, Ambassador Sondland, and Mr. . [7/19/19, 4:49:42 PM] Kurt Volker: Can we three do a call tomorrow—say noon WASHINGTON? [7/19/19, 6:50:29 PM] Gordon Sondland: Looks like Potus call tomorrow. Read the Text Messages Between U.S. and Ukrainian Officials.

Here Comes the Trump Slump. But that’s not how it has worked out. 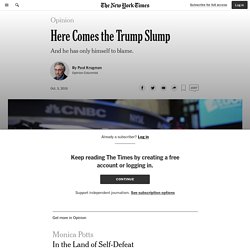 Instead, the trade war has clearly hurt U.S. manufacturing. Indeed, it has done considerably more damage than even Trump critics like yours truly expected. [For an even deeper look at what’s on Paul Krugman’s mind, sign up for his weekly newsletter.] The Trumpist trade warriors, it turns out, missed two key points. First, many U.S. manufacturers depend heavily on imported parts and other inputs; the trade war is disrupting their supply chains. So the tweeter in chief has bungled his way into a Trump slump, even if it isn’t a full-blown recession, at least so far. And while many presidents have found themselves confronting politically damaging economic adversity, Trump is, as I said, unique in that he really did this to himself. Of course, that doesn’t mean that he will accept responsibility for his mistakes.

So what will come next? But that’s not how it has worked out. The Trumpist trade warriors, it turns out, missed two key points. Why Trump Voters Stick With Him. Urban Guy: I hope you read the rough transcript of that Trump phone call with the Ukrainian president. 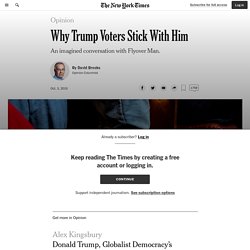 Trump clearly used public power to ask a foreign leader to dig up dirt on his political opponent. This is impeachable. I don’t see how you can deny the facts in front of your face. Flyover Man: I haven’t really had time to look into it. Impeachment Civil War. Donald Trump is losing his mind. 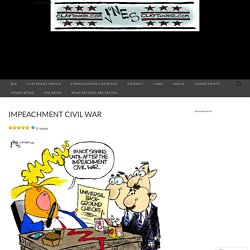 He’s screaming at reporters, embarrassing us in front of visiting foreign leaders, lying, spreading conspiracy theories, encouraging his supporters to engage in violence, and promising not to accomplish anything with Congress (like you were totally expecting action on gun violence). OK, that sounds like a typical Wednesday for Trump, but the stress is still showing. Trump has been on edge more than usual lately. Wednesday was filled with rage tweets and unhinged press meetings. The impeachment inquiry over his dirty dealings with Ukraine and abusing his office by withholding foreign aid unless that nation helps him destroy a political rival is unraveling Donald Trump. He has accused House Intel Chairman Adam Schiff of “fraudulently fabricating a statement of the President of the United States,” and of committing treason. Trump screamed that the “transcript” of his call with Ukraine’s president was “exact” and “word-for-word;” it wasn’t.