One-Third of Americans Under 30 Have No Religion. Photo Credit: Shutterstock.com/Maria Maarbes September 19, 2013 | Like this article? 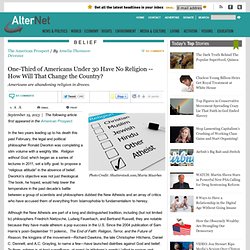 Join our email list: Stay up to date with the latest headlines via email. The following article first appeared in the American Prospect. In the two years leading up to his death this past February, the legal and political philosopher Ronald Dworkin was completing a slim volume with a weighty title. Although the New Atheists are part of a long and distinguished tradition, including (but not limited to) philosophers Friedrich Nietzsche, Ludwig Feuerbach, and Bertrand Russell, they are notable because they have made atheism a pop success in the U.S.

For a religious leader like Sacks, who has staked his career on interfaith cooperation, the New Atheists’ antagonism is obnoxious. Americans are abandoning organized religion in droves. Cenk Goes Ballistic on Fundamentalist Religion. Sam Harris simply destroys catholicism. Bob Thurman: We can be Buddhas. Experiments in Faith. It’s very odd timing. 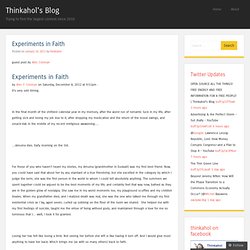 In the final month of the shittiest calendar year in my memory, after the worst run of romantic luck in my life, after getting sick and losing my job due to it, after dropping my medication and the return of the mood swings, and smack-dab in the middle of my recent irreligious awakening…. …Amuma dies. Early morning on the 3rd. For those of you who haven’t heard my stories, my Amuma (grandmother in Euskadi) was my first best friend. Now, you could have said that about her by any standard of a true friendship, but she excelled in the category by which I judge the term; she was the first person in the world to whom I could tell absolutely anything.

Losing her has felt like losing a limb. Those reading may or may not know that I am a fairly proficient lucid dreamer. Can we bring the Greek Gods back, please? Deaf Heaven. Near my father’s house, where this one is currently located, there is a small Catholic prayer garden, a beautiful, hexagonal affair wreathed in trees and centered upon an alabaster Virgin Mary. 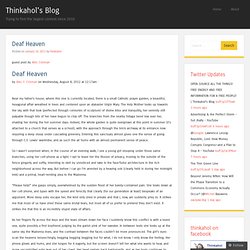 The Holy Mother looks up towards the sky with that look (perfected through centuries of sculpture) of divine bliss and tranquility, her serenity still palpable though bits of her have begun to chip off. The branches from the nearby foliage bend low over her, shading her during the hot summer days. Indeed, the whole garden is quite overgrown at this point in summer (it’s attached to a church that serves as a school), with the approach through the brick archway at its entrance now requiring a deep stoop under cascading greenery. Entering this sanctuary almost gives one the sense of going through C.S. Lewis’ wardrobe, and as such the air hums with an almost permanent sense of peace. ”Please help!” Can't we talk about this? : atheism. BBC Nature - Birds hold 'funerals' for dead. "If you want to be awe inspired.." (Christopher Hitchens) How I felt after coming to r/atheism. How do we break the habit of excessive thinking? 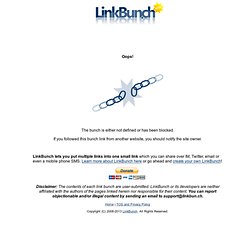 The bunch is either not defined or has been blocked. If you followed this bunch link from another website, you should notify the site owner. Slavoj Zizek: God in Pain: Inversions of Apocalypse conversation with Jack Miller. Alan Watts - Jesus, His Religion. 46% Americans Believe In Creationism According To Latest Gallup Poll. A new Gallup poll measures Americans' belief in the origin of human beings, and how this belief correlates with church attendance, political party affiliation and education level. 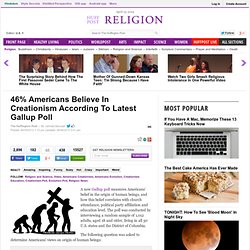 Overall, in the last 30 years, there hasn't been a significant shift in Americans' belief in creationism or evolution. Sam Harris - Death and the Present Moment. All Ethics Are Secular Ethics. In an exchange at Slate with Will Saletan, Ross Douthat writes: [T]he more purely secular liberalism has become, the more it has spent down its Christian inheritance—the more its ideals seem to hang from what Christopher Hitchens’ Calvinist sparring partner Douglas Wilson has called intellectual “skyhooks,” suspended halfway between our earth and the heaven on which many liberals have long since given up. 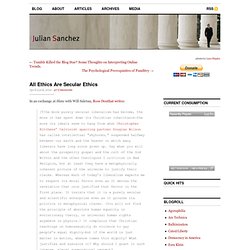