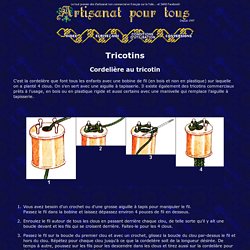 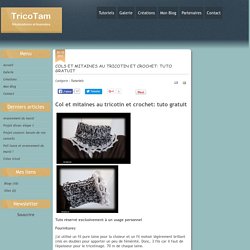 The inspiration for this little basket came from finding the yarn first, as soon as I saw the t-shirt style yarn, I knew that one could knit some heavy duty baskets to store a variety of knick knacks or to even store loom knitting projects. 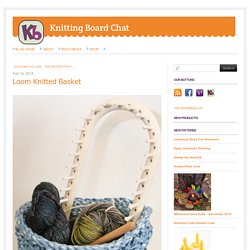 The fabric provides a sturdy foundation that will keep the small basket sitting on a flat surface. Knitting Loom: Knitting loom in extra large gauge. Sample was knit using the Adjustable Hat loom. Yarn: 55 yds of bulky weight of t-shirt style fabric. Sample used Fettuccini yarn by Lion Brand manufacturer in a denim blend colorway. Notions: heavy duty knitting tool, and tapestry needle. The first time I used my round loom for knitting, it was to make a collection of soft squishy beanies for a few kids I love. 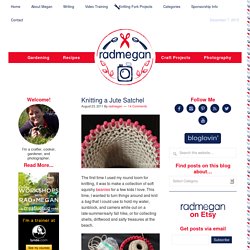 This time, I wanted to turn things around and knit a bag that I could use to hold my water, sunblock, and camera while out on a late-summer/early fall hike, or for collecting shells, driftwood and salty treasures at the beach. Since I’m on a budget, and wanted to knit a satchel durable enough to handle the great outdoors, I stole borrowed 2 bundles of jute cord from the garage, used my 8-inch diameter round loom, and 3.5mm straight bamboo knitting needles, and to complete my bag, I also used the plastic sewing needle that came with the loom kit, a wooden bead for my bag clasp, and a pair of scissors. 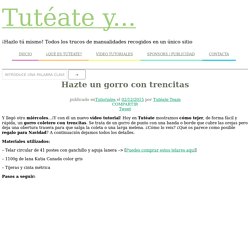 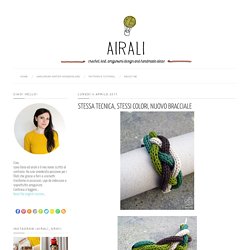 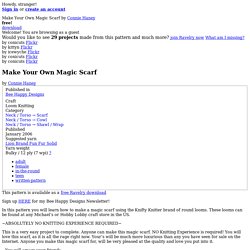 In this pattern you will learn how to make a magic scarf using the Knifty Knitter brand of round looms. These looms can be found at any Michael’s or Hobby Lobby craft store in the US. This is a very easy project to complete. Anyone can make this magic scarf. ~You will amaze your friends~ ~You will be the envy of all~ ~You will be able to sell your magic scarves’~ This pattern is available as a free Ravelry download This is an idea I’ve had on the back burner since last winter. 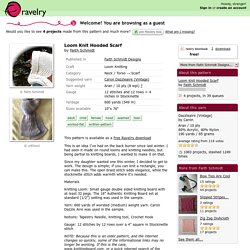 I had seen it made on round looms and knitting needles, but being partial to knitting boards, I wanted to make it on that. Since my daughter wanted one this winter, I decided to get to work. The design is simple; if you can knit a rectangle, you can make this. The open braid stitch adds elegance, while the stockinette stitch adds warmth where it’s needed. Loom knit cowboy hat and be the talk of the nursery! 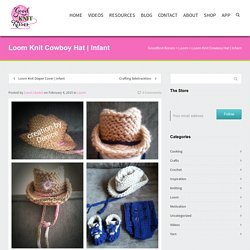 “Get off your horse and drink your milk” – John Wayne How sweet will your baby boy or girl look in this adorable loom knit cowboy hat for infants?! Make it a cowgirl hat by simply changing the color of the loom knit cowboy hat, the i-cord or adding the Quick Knit Flower (recently made smaller for this hat on flower loom). Pattern: Designed by: Denice Johnson. Double Dip Stitch Pattern for loom knitting and Double Dip Stitch Hat pattern included after. 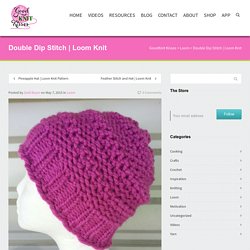 ~Crystal I've created this pattern for a little bag - it's made with the blue Knifty Knitter loom.This one is made with Lamb's Pride Bulky which is 100% wool- one strand throughout. (Using different yarn does effect the number of stitches needed which might require some pattern tweeking!) 1. 2. Fingerless Mittens are so nice to type or text while still keeping your hands warm. Jennifer’s pattern added lots of all-over texture to “Jared’s Fingerless Mittens” by using the Moss stitch. While they were made for a boy I’m pretty sure by adding a flower, bow or ribbon at the cuff any little girl would be happy to have them! -GKK Team. Not so long ago we made a Link hat (you can find the instructions here ) and my son decided that a pair of gauntlets to match were desperately needed.

One of the wonderful things about loom knitting is that anyone can do it and you don't need to know how to knit to produce a knitted garment. I finally figured out how to make fingerless gloves using a round loom! I thought I would share my tutorial on it. What you’ll need: Smallest round loom (for my set it was the green loom) loom hook crochet hook (any size) I got a new pair of boots for Christmas. I adore them! So naturally, I have had my eye on some cute boot socks or boot cuffs to wear with them. I don’t knit or crochet though, so I was thinking I might have to bite the bullet and BUY some… until it occurred to me, I bet I could knit some on my loom! Yes, the classic kids’ craft, loom knitting. And it worked out so well! Boot cuffs are simple: they are a short cuff you put on over your calf to give the appearance of tall, cozy socks or legwarmers.

Up until now, I have only used the straight loom knitter for a simple scarf or two and as I wanted to do a lot more experimenting with my newly discovered wooly craft, I thought a project on a round loom would be just the thing to get me started. These little leg warmers were an experiment from the start, but I love how they turned out, and in the process I've now mastered a couple of new stitches and learnt a few tricks along the way. As the leg warmers were to be used for an exercise/dance class for a child, I didn't want to have the yarn too thick, so chose a baby weight 4ply wool, which has the added bonus of being available in the soft pastel colours that are so prevelant in ballet class leotards.

Rnd 8-9: k to the end rnd. Tricotin mode d’emploi : un bracelet. Découvrez le plaisir de créer avec un tricotin, grâce à notre leçon filmée. While I’ve tried traditional knitting in the past, it’s only left me frustrated. I’ve had problems with tension, wrist fatigue, and dropped stitches- but all of these issues have been erased with the knitting loom. It’s easy, fun, and success-oriented. Raven is responsible for my new obsession for knitting, crocheting, and collecting way too much yarn since Thanksgiving, when she discovered the Knifty Knitter looms, and together, we knitted some funky scarves and hats that only a mother could love.

After a few weeks, our techniques improved, and with better yarns, we actually have cool scarves and warm hats. The looms are a fun, fast, and easy way to knit, especially for kids, but they have their limits. My curiosity for all yarn crafts grew, and I splurged on books, yarn, and tools. This semi-felted hat knits up quick and looks cute! [ Close Privacy Policy ] Privacy Policy / Your California Privacy Rights Revised and posted as of March 25, 2015 Prime Publishing, LLC ("Company," "we" or "us") reserves the right to revise this Privacy Policy at any time simply by posting such revision, so we encourage you to review it periodically. In order to track any changes to this Privacy Policy, we will include a historical reference at the top of this document.