The reality of racism in Australia. Shannon Murdoch scored 100 per cent on her Australian citizenship. 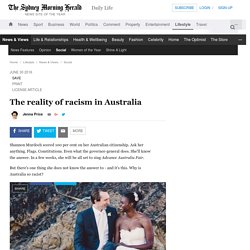 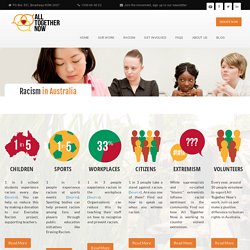 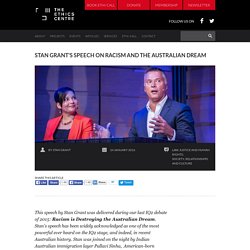 Stan's speech has been widely acknowledged as one of the most powerful ever heard on the IQ2 stage, and indeed, in recent Australian history. Stan was joined on the night by Indian Australian immigration layer Pallavi Sinha, American-born Iranian Australian Herald Sun columnist Rita Panahi and iconic Australian actor Jack Thompson. The full debate can be viewed here. Thank you so much for coming along this evening and I would also like to extend my respects to my Gadigal brothers and sisters from my people, the Wiradjuri people. Is Australia a Racist Country? On the State of our Race Relations – Opinion – ABC Religion & Ethics. Dr Tim Soutphommasane is Australia's Race Discrimination Commissioner. 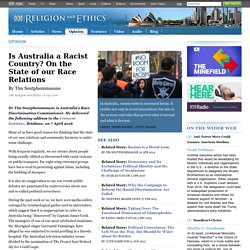 He delivered the following address to the Crescent Institute, Brisbane, on 7 April 2016 Many of us have good reason for thinking that the state of our race relations and community harmony is under some challenge. With frequent regularly, we see stories about people being racially vilified or threatened with racist violence on public transport. The markers of everyday racism in Australia - life for an aboriginal person in NT. While Australians value equality, our multicultural nation contains markers of racial discrimination. 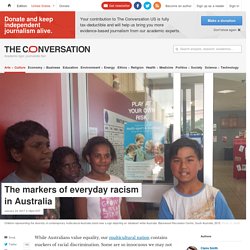 Some are so innocuous we may not recognise them. Experiencing racism is part of the everyday lives of many Australians. Face The Facts : Cultural Diversity: 2014.