The Silicon Review is the world's most trusted online and print community for business & technology professionals. Our community members include thought-provoking CEOs, CIOs, CTOs, IT VPs and managers, along with jillions of diverse IT professionals. 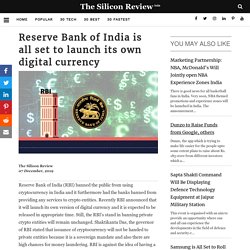 Recently RBI announced that it will launch its own version of digital currency and it is expected to be released in appropriate time. Still, the RBI’s stand in banning private crypto entities will remain unchanged. Shaktikanta Das, the governor of RBI stated that issuance of cryptocurrency will not be handed to private entities because it is a sovereign mandate and also there are high chances for money laundering.

RBI is against the idea of having a private entity deal with cryptocurrency but, it recently held several meetings to launch a digital currency of its own. According to the RBI governor, it is too early to launch a cryptocurrency in India because it is still in the rookie-level so it will take some time to reach the Indian market. Scientists to implement astrophysics technology to improve cancer diagnosis.... Intel and Alibaba’s Collaboration Will Help Enterprises to Utilize IoT. Intel and Alibaba cloud have built an IoT- based computing platform exclusively for enterprises. 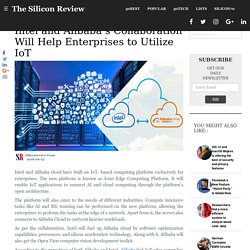 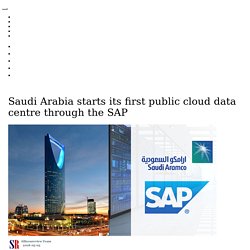 And it will also assist the 2030 digital strategy for the country. Furthermore, the latest setup will provide a fresh and professional level of cloud-based digital solutions to speed up transformation and competitiveness in the country, underscoring the commitment to Saudi Vision 2030. By using the data centre, organisations can adopt scalable cloud solutions for 25 industries and 12 lines of business. Taiwan based electronics company, Elitegroup computer systems launch the World’s smallest Pc in India. A Taiwan based company launched the world’s first smallest computer in India on Tuesday.The company which is behind the making of this PC is The Elitegroup computer systems. 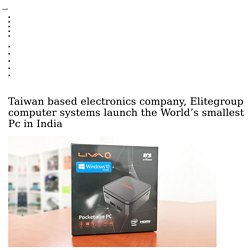 The name of the new PC is Liva Q, which is very sophisticated amidst the size that it carries. This gadget can be purchased through authorized ECS partners, other reseller partners and e-commerce portals that are available. Liva Q has two variants, i.e. Liva Q with Windows 10 and another one is without the operating system, priced at Rs.15,000 and Rs.13,500 respectively. The device will allow the users to switch their network to dual mode too, with 4K playback capability. “Carrying on the ‘LIVA’ legacy forward, we announce ‘LIVA Q’ as the smallest palm-sized pocket PC available in the market today,” Rajshekhar Bhatt, Country Manager at Elitegroup Computer Systems said in a statement. Liva Q is fueled by the Intel Apollo Lake SoC, which can handle 4K content playback flawlessly.

Iranian Scientists design smart shoes for diabetes patients. In an ever-evolving world where technology is slowly creeping from our desktops and walls to our wrists and heads, scientists in Iran have developed shoes that use multiple sensors to monitor the amount of energy spent and also the speed with which the patient walks. 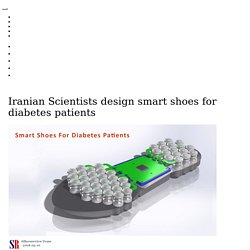 “Given the fact that each person has their own pattern for walking and the pattern plays a key role in our health, we began to design new smart shoes equipped with some sensors to explore the patterns of walking,” Mr. Mohammad Mojarradi was quoted saying in a Farsi report by Mehr News Agency. According to Mojarradi even people who suffer from mere imbalance while walking could use these shoes to monitor their walking pattern. Notorious Malware Contaminated More Than 2,000 WordPress Sites. The internet is flooded with hacking news all over again. 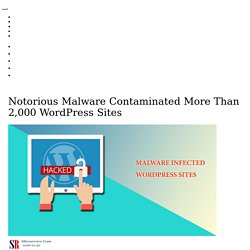 Hackers are not going to settle for less it seems and this time WordPress is the HVT. Recently, Security researchers of a cybersecurity company, Sucuri have discovered over 2,000 (possibly more) WordPress sites infected with a piece of crypto-mining malware that was being uploaded on the WordPress’s backend login page. The malware not only flicks resources of visitors' computers to mine digital currencies but also acts as a keylogger to get hold of all the user’s keystrokes. The nasty in-browser cryptocurrency miner is from CoinHive, a popular browser-based service. CoinHive offers website owners to embed a JavaScript to utilize CPUs power of their website visitors in an effort to mine the Monero cryptocurrency.

Discovered last year, cloudflare[.]solutions is a notorious crypto-mining malware that does not have any link with Cloudflare, a network management and cybersecurity firm. Ola enters the Australian market, its first international venture. Further intensifying its battle with its US-based rival, Uber, the ride-sharing app Ola made move to launch its operation in Australia. 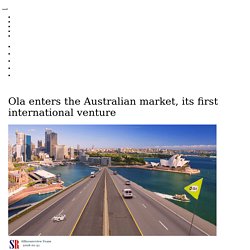 To begin the process the Bengaluru-based company has invited private hire car owners in three Australian cities. Ola in a press statement said: "Starting today Ola is inviting private hire vehicle owners in Sydney, Melbourne, and Perth to learn more about driving and registering with Ola by visiting drive.olacabs.com. "