*itty bitty hussies — stacy the artist. 35 Expensive Things You’ll Need In Your Dream House When You’re A Millionaire. 1 | A scenic backyard rain shower for those hot summer days conceptrends.com 2 | This bookshelf, which opens up to reveal a hidden room… acrumblebatchwithcustardfreeman.tumblr.com 3 | …inside are more books and a secret storage compartment beneath the bed Advertisement 4 | A four sided Lego wall with unlimited potential for creativity. 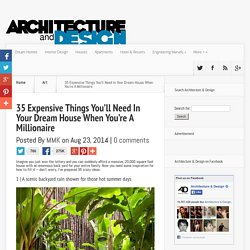 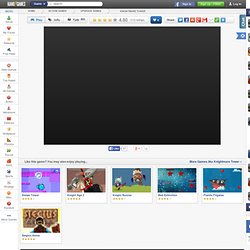 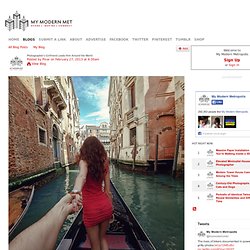 Chronicling his adventures on Instagram, the Russian photographer composes each shot in a similar fashion.

Take Flight into the Adobe Creative Cloud on Behance. #17 DJI Phantom Tutorial - How to avoid flyaway EXTENDED. : Amazon.co.uk: Amazon Instant Video. Unlike many new series, Arrow does not let you down after the pilot, but builds the characters, plot and back story brilliantly. 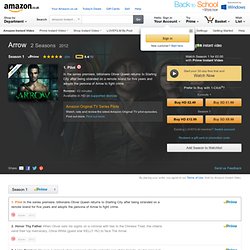 Okay, every now and then there is a cheesy bit, but those bits can be forgiven by the overall quality of the production. Stephen Amell is particularly good and believable, and carries the series well. Many of the cast members are really good quality actors, although a couple of the main character actors I would replace. Particularly the actor who plays the sister of Oliver I find weak, but so far, just a minor annoyance (just as the rat-rug Stephen has to wear in the flashbacks).

Here in Europe, we're further behind in the series than in North America, but I find it so exciting to watch, I can't wait for the next episode so I've been watching bits and pieces on Youtube.Fortunately, the broadcaster here in the Netherlands sends out each episode twice - first on Sunday evening, and then again late night Wednesday. Extant Season 1: Halle Berry, Steven Spielberg: Amazon.co.uk: Amazon Instant Video. 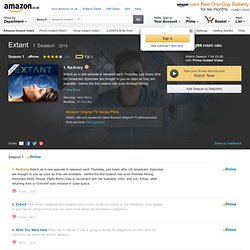 Aptly demonstrates the gulf between Amazon and Netflix -- this is certainly not in the same class as House of Cards, other Netflix originals. The script is so turgid and stale, it plays as if the actors are trying to run through waist deep Araldite. Dialogue plot points are repeated both between and within episodes, like the writers have Alzheimer's.

The neat special effects are wasted on such a poorly written script. Build a Website. Watch our latest ad Instrument – Squarespace Customer. 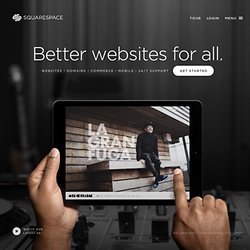 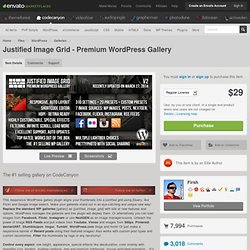 Make your galleries stand out in an eye-catching and unique new way! Replace the standard WP galleries [gallery] as [justified_image_grid] with lots of new features and options. WordPress manages the galleries and this plugin will display them. Or alternatively you can load images from Facebook, Flickr, Instagram or use NextGEN as an image manager/source. Control every aspect: row height, appearance, special effects like desaturation, color overlay with magnifier icon, borders, multiple captions, free and premium lightboxes, mouse activated animation… It’s easy to install and comes with 20 presets out of the box. 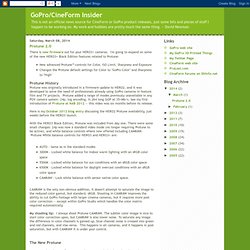 I'm going to expand on some of the new HERO3+ Black Edition features related to Protune: New advanced Protune™ controls for Color, ISO Limit, Sharpness and ExposureChanges the Protune default settings for Color to "GoPro Color" and Sharpness to "High" Protune History Protune was originally introduced in a firmware update to HERO2, and it was developed to solve the need of professionals already using GoPro cameras in feature film and TV projects. 12 Basic Principles of Animation: The illusion of lifeComputer Graphics. The 12 basic principles of animation were developed by the ‘old men’ of Walt Disney Studios, amongst them Frank Thomas and Ollie Johnston, during the 1930s : The Illusion of Life: Disney Animation. 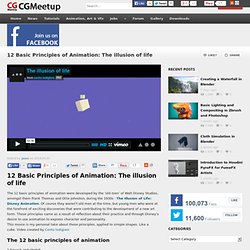 Of course they weren’t old men at the time, but young men who were at the forefront of exciting discoveries that were contributing to the development of a new art form. These principles came as a result of reflection about their practice and through Disney’s desire to use animation to express character and personality. This movie is my personal take about those principles, applied to simple shapes. 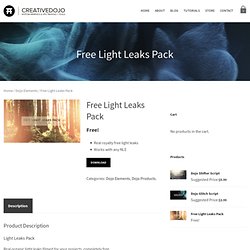