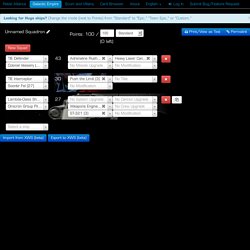 What's this? OAuth is an authorization system which lets you prove your identity at a web site without having to create a new account. Instead, you tell some provider with whom you already have an account (e.g. Google or Facebook) to prove to this web site that you say who you are. That way, the next time you visit, this site remembers that you're that user from Google. The best part about this is that you don't have to come up with a new username and password to remember. For more information, check out this introduction to OAuth. This will open a new window to let you authenticate with the chosen provider. Техника от Вадима Patoroch, Ksyta, SSE 2009, Darth_Rabbit. Warhammer 40K Free Paper Models Collection Topic. FAQs and Errata. Dw4.convertfiles.com/files/0305082001401150948/a new era the same story.pdf. Warhammer 40k, Fantasy, Wargames & Miniatures News: Bell of Lost Souls. 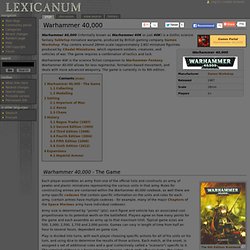 Play centers around 28mm scale (approximately 1:65) miniature figurines produced by Citadel Miniatures, which represent soldiers, creatures, and vehicles of war. The game requires a combination of tactics and luck. Warhammer 40K is the science fiction companion to Warhammer Fantasy. Warhammer 40,000 allows for less regimental, formation-based movement, and deals with more advanced weaponry. The game is currently in its 6th edition. Warhammer 40,000 - The Game Each player assembles an army from one of the official lists and constructs an army of pewter and plastic miniatures representing the various units in that army. Army size is determined by "points" (pts); each figure and vehicle has an associated cost proportionate to its potential worth on the battlefield.

Collecting Modelling Terrain is an important part of play. Stealer Cult underway - WargamerAU Forums. So, these are some old hybrids I've had for ages, topped up with a few recent purcases. 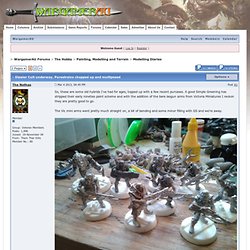 A good Simple Greening has stripped their early nineties paint scheme and with the addition of the bare lasgun arms from Victoria Miniatures I reckon they are pretty good to go. The Vic mini arms went pretty much straight on, a bit of bending and some minor filling with GS and we're away. This is not quite a unit as I'm maxing out on plasma, I've got enough hybrids to do three units of 10, they'll count as veterans, I'll probably mount them up in chimeras. You can see the patriarch there in the background too. I was going to 'counts as' Skulltaker with him, haven't seen the new daemon 'dex so not sure. BattleScribe Data Files. 7edRef V6.