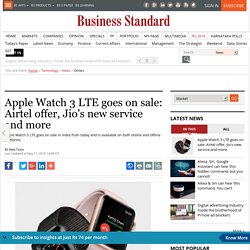 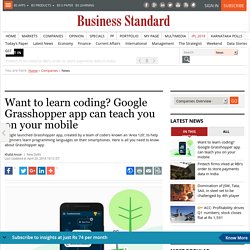 The app, created by a team of coders known by the name ‘Area 120’ from Google's workshop for experimental products, is available for free on Android and iOS devices and can be downloaded from Google PlayStore and Apple App Store, respectively. JBL Cinema SB450 review: Bring home the action with this Rs 39,999 marvel. The JBL Cinema SB450 (Rs 39,999) had me flummoxed. 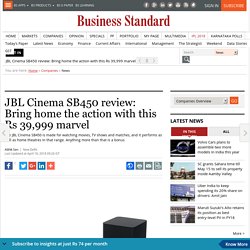 The wireless soundbar supported 4K. Now how can a soundbar support a video standard? Turns out there are three HDMI inputs which support 4K video, and one HDMI output, which also routes the audio of the TV through the soundbar. The sub-woofer was massive and the soundbar dwarfed my 40-inch Samsung 4K TV. Amazon offers iPhone X at Rs 74,999, iPhone 7 at Rs 39,999; more deals here. Amazon India, a leading e-commerce marketplace platform, is hosting the iPhone fest under which the online shopping portal is offering discounts, along with additional instant discounts up to Rs 5,000 to HDFC bank customers, on Apple smartphones ranging from iPhone SE, iPhone 6 to iPhone X. 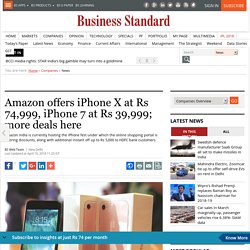 The weeklong fest started on April 10 and will last on April 16. Here are the deals on iPhones under the Amazon iPhone Fest: iPhone X The iPhone X base variants with 64 GB internal storage is currently retailing at Rs 79,999. The original retail price of the phone is Rs 89,000. iPhone 8 and iPhone 8 Plus. Lenovo unveils 2018 ThinkPad range of laptops; prices start from Rs 54,000.

Google to revamp Gmail with new interface, quick reply and offline access. Tech giant Google announced that it is working on revamping its email service, Gmail, for web users, and will be rolled out in the coming weeks. 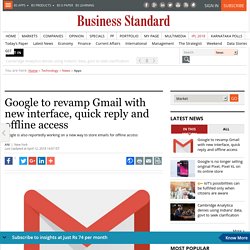 The company had sent out a mail to G Suite users informing them of the development of a new version of the email service. The revamp, which is taking place after several years, will also include a number of features, according to a TechCrunch report. With the new version of Gmail, users may be allowed to access Google Calendar from the Gmail interface directly. Flipkart lists Reliance JioFi WiFi hotspot JMR815 at Rs 999: Details here. Reliance Jio has added a new 4G LTE hotspot model to its portfolio of JioFi devices. 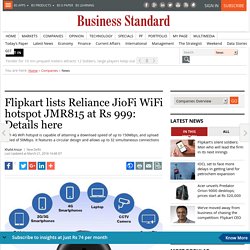 The new model, dubbed the JioFi JMR815, is currently available on Flipkart at a price of Rs 999. However, the JioFi is not yet listed on Jio’s online portal. The JioFi 4G WiFi hotspot, according to the Flipkart listing page, is capable of attaining a download speed of up to 150Mbps, and upload speed of 50Mbps. The device features a circular design, unlike the oval design of the predecessor. It allows up to 32 simultaneous connections – 31 WiFi and 1 USB – to connect over Jio’s 4G network for accessing the internet. JioFi 4G WiFi hotspot JMR815 In terms of features, the device has power buttons, along with WiFi Protected Setup (WPS) button for instant connection. ASUS launches world's thinnest convertible laptop at Rs 130,990 in India. Game of Thrones creators David Benioff, Weiss to develop new Star Wars film. "Game of Thrones" creators David Benioff and D B Weiss are set to write and produce a new series of Star Wars films. 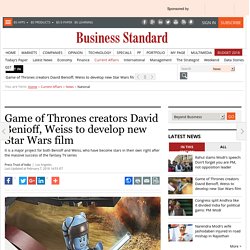 These new films are not to be tied to the ongoing 'Skywalker' saga of the "Episodes" movies or be connected to the trilogy being developed by filmmaker Rian Johnson, reported Entertainment Weekly. "David and Dan are some of the best storytellers working today," said Kathleen Kennedy, president of Lucasfilm. "Their command of complex characters, depth of story and richness of mythology will break new ground and boldly push Star Wars in ways I find incredibly exciting.

" It is a major project for both Benioff and Weiss, who have become stars in their own right after the massive success of the fantasy TV series. Apple's first TV series releases tonight: It's like the Shark Tank of apps. Apple Inc's long-awaited move into original television series starts from Tuesday, with a reality show about a universe that is key to the technology giant's business: the world of app developers trying to bring their ideas to the masses. 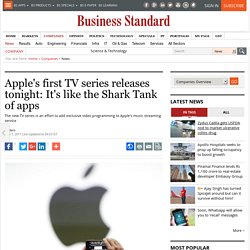 The 10-episode "Planet of the Apps," an unscripted show with similarities to ABC's "Shark Tank," is part of an effort to add exclusive video programing to Apple's music streaming service to help attract new subscribers. The first episode will be available for streaming around the globe starting at 9 p.m. Nintendo launches new Switch game console. Nintendo's Switch console goes on sale today in a global launch seen as key for the Japanese video game giant to reverse flagging sales and compete with Sony's top-selling PlayStation 4. 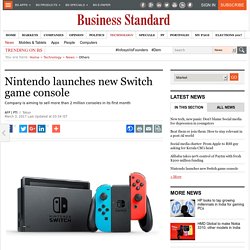 The USD 299 unit, which works both at home and on-the-go, blends the Super Mario maker's history in the console business with its fledgeling mobile gaming strategy, which got a big brand win after Pokemon Go's success last summer. Kyoto-based Nintendo is aiming to sell more than two million Switch consoles in its first month.

Strong demand for the new unit would help Nintendo close the book on poor sales of its last console, Wii U -- the disappointing follow-up to the smash hit Wii, which sold over 100 million units worldwide after its launch a decade ago. ZTE, Sony launch new devices at Mobile World Congress. Chinese smartphone maker ZTE and Sony on Monday launched their devices at on-going Mobile World Congress (MWC), being held in Spain's northeastern city of Barcelona. 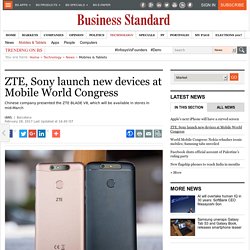 The Chinese company presented the ZTE BLADE V8, which will be available in stores in mid-March, and the ZTE BLADE V8 LITE, which will be available a few weeks later after the BLADE V8, Xinhua news agency reported. The ZTE BLADE V8 has a 5.2-inch screen with FHD resolution, a 13MP rear camera and a dual front camera capable of capturing images from different angles and supports 3D shooting. On the other hand, the ZTE BLADE V8 LITE features a 5-inch IPS screen with a 13MP rear camera, 8MP front camera and Android Nougat operating system. Samsung unwraps Galaxy Tab S3 and Galaxy Book, releases smartphone teaser. Electronics giant Samsung has expanded its tablet portfolio with Galaxy Tab S3 and Galaxy Book and outlined a series of measures to "enhance" product safety.

The focus on product safety comes against the backdrop of a global product recall that Samsung had undertaken as faulty phone batteries led to its flagship Galaxy Note 7 catching fire. Nokia 3310 makes a comeback with 22 hours of battery life, dual sim. Finnish mobile device player Nokia is in reboot mode as it gets ready to bring to India its 17-year-old iconic Nokia 3310 handset for about Rs 3,500, along with its Android smartphones, next quarter. "All the products that we have announced Nokia 3310, Nokia 6, Nokia 5 and Nokia 3 will be available in the second quarter of this year in India. Average global selling price for Nokia 3310 is 49 euros," HMD Global Oy Chief Marketing Officer Pekka Rantala said.

HMD Global has licence to design and sell Nokia branded phones globally as well as use technologies developed by Nokia Corporation. Paytm crosses 200 million wallet user base. Mobile wallet major, Paytm announced today that its user base has crossed 200 million wallets. The company said that within three years of launching the Paytm Wallet, it has become most widely used and accepted payment method in the country. Web browsing and more: Nokia 3310 mobile model is back with a revamp. LG launches smartphone K10 2017 with '112 panic button' feature. Mahindra Comviva launches 'payPLUS Aadhaar Pay' for rural India. Sometimes you have to go out and get drunk: 8 ways to become a sales star. There are six styles of love. Which one best describes you? How it works: Videos, images, GIFs make status update fun on Whatsapp. Brace for it: The 'indestructible' Nokia 3310 is making a comeback. Isro's record satellite launches: The sky belongs to India.