Georgia Police Chief Formally Apologizes for 1940 Mob Killing of Black Teen. A LaGrange, Georgia, police chief has apologized to the town’s Black community for the department’s extrajudicial killing of a Black man in 1940. 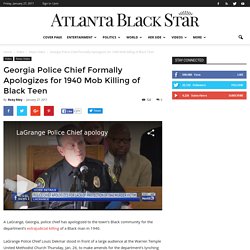 LaGrange Police Chief Louis Dekmar stood in front of a large audience at the Warren Temple United Methodist Church Thursday, Jan. 26, to make amends for the department’s lynching of 18-year-old Austin Callaway. Dekmar was made aware of the incident last year and decided that this gesture was needed. “For the police, anytime you take someone into custody, you are responsible for their care and well-being … and that didn’t happen here.

That’s where the police department failed,” Dekmar says. How the Slave Trade Helped Finance Columbia University. New York’s Columbia University is the latest to come forward and publicly address its ties to slavery, joining a number of America’s most esteemed learning institutions in acknowledging their roles in the sale and enslavement of Black bodies. 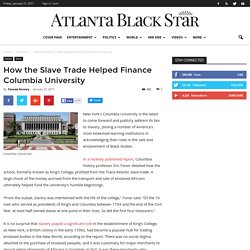 In a recently published report, Columbia history professor Eric Foner detailed how the school, formerly known as King’s College, profited from the Trans-Atlantic slave trade. A large chunk of the money accrued from the transport and sale of enslaved Africans ultimately helped fund the university’s humble beginnings. “From the outset, slavery was intertwined with the life of the college,” Foner said. “Of the 10 men who served as presidents of King’s and Columbia between 1754 and the end of the Civil War, at least half owned slaves at one point in their lives. "This Is a Country for White Men": White Supremacy and US Politics. Ku Klux Klan members supporting Barry Goldwater's campaign for the presidential nomination at the Republican National Convention on July 12, 1964, in San Francisco, California. 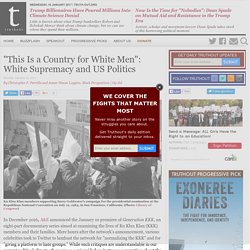 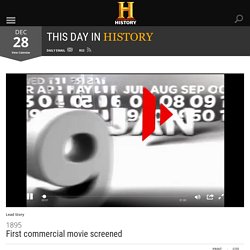 Craig had evacuated his troops from Wilmington, North Carolina, a little over a month earlier on November 14. The Patriots planned to remove Craig... Hillary Earned Historic Number of Votes. 10 Little-Known Facts About Early America. History By any stretch of the imagination, life in colonial America was hard, demanding, and cruel. 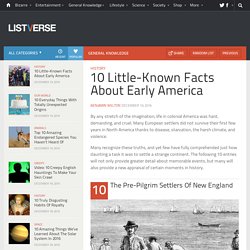 Many European settlers did not survive their first few years in North America thanks to disease, starvation, the harsh climate, and violence. Many recognize these truths, and yet few have fully comprehended just how daunting a task it was to settle a strange continent. The following 10 entries will not only provide greater detail about memorable events, but many will also provide a new appraisal of certain moments in history. Log In. Living on Chicago’s West Side, where the dazzling downtown skyline always seems to shimmer in view but out of reach, means mornings like these grow strangely normal. 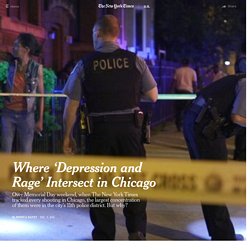 The blue lights, the yellow tape, the next day’s quiet moving on — all of it. Photo Over weekend, when The New York Times tracked every shooting in this city, the largest concentration of them happened here, in about six square miles that make up Chicago’s 11th police district. 10 Of The Most Villainous Acts Committed By The Ku Klux Klan. Crime The Ku Klux Klan has been causing mayhem in the United States for well over a century. 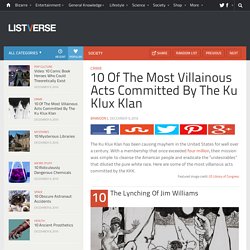 With a membership that once exceeded four million, their mission was simple: to cleanse the American people and eradicate the “undesirables” that diluted the pure white race. Here are some of the most villainous acts committed by the KKK. 10 The Lynching Of Jim Williams. US Army blocks Dakota Access Pipeline; CFP semifinals set (10 Things to Know for Monday) Your daily look at late-breaking news, upcoming events and the stories that will be talked about Monday: The Army Corps of Engineers' decision is a victory for opponents who say the $3.8 billion project would threaten a water source and cultural sites. 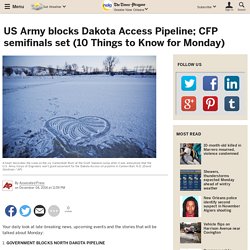 Firefighters continue to comb through rubble for others believed still be missing after the blaze destroyed a warehouse in Oakland hosting a late-night dance party. Some see the vote on changes urged by Premier Matteo Renzi as a signal of growing anti-establishment, populist sentiment in Europe. Americans who embrace Trump's full-throated support of the Second Amendment are expecting a sweeping expansion of gun rights while he's in office.