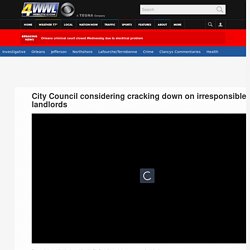 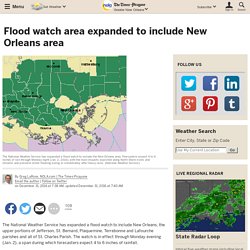 Forecasters expect 4 to 6 inches of rain through Monday night (Jan. 2, 2016), with the main impacts expected along North Shore rivers and streams and possible street flooding during or immediately after heavy rains. (National Weather Service) The National Weather Service has expanded a flood watch to include New Orleans, the upper portions of Jefferson, St. Bernard, Plaquemine, Terrebonne and Lafourche parishes and all of St.

Charles Parish. An initial watch the National Weather Service issued Friday covered the North Shore and Baton Rouge areas. Man caught on video robbing New Orleans East residence. More people leave New Orleans than move to it, though not by many. Despite its challenges, New Orleans is gradually gaining attention as a place where people -- locals and outsiders, alike -- want to live. 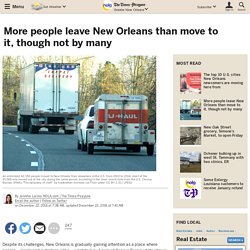 A look at Census Bureau data shows people are indeed moving to the area, though they have yet to surpass those moving out. An estimated 42,356 people moved to the New Orleans metro area from elsewhere in the U.S. and Puerto Rico from 2010 to 2014, according to the Census Bureau's most recent American Community Survey data. Napoleon Ave. neutral ground will be open to public for Mardi Gras parades. The Krewe of Oshun rolls down the traditional Uptown route as the 200 riders celebrated the krewe's 20th anniversary with a 20-float parade entitled "Sea of Beauty" on Friday, January 29, 2016. 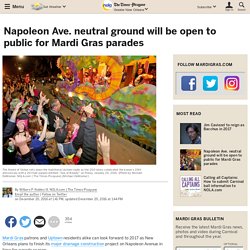 (Photo by Michael DeMocker, NOLA.com | The Times-Picayune) (Michael DeMocker) Mardi Gras patrons and Uptown residents alike can look forward to 2017 as New Orleans plans to finish its major drainage construction project on Napoleon Avenue in time for parade season. The Sewerage and Water Board of New Orleans said Tuesday (Dec. 20) the Napoleon Avenue neutral ground from Constance to Carondelet streets will be available for parade goers in time for the Krewe of Oshun, the first parade to roll Uptown Feb. 17 at 6 p.m. Officials said a majority of the work is already complete in the area. The Army Corps of Engineers posted video to Facebook showing the completed box culvert beneath Napoleon. Does a doctor's gender affect your chance of survival? CHICAGO -- What if your doctor's gender could influence your chance of surviving a visit to the hospital? 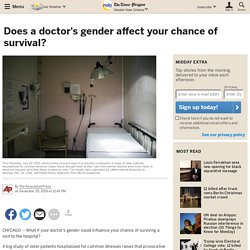 A big study of older patients hospitalized for common illnesses raises that provocative possibility -- and also lots of questions. Patients who got most of their care from women doctors were more likely to leave the hospital alive than those treated by men. The differences were small -- about 11 percent of patients treated mostly by women died within 30 days of entering the hospital, versus 11.5 percent of those treated by men.

But the all-male research team estimated that there would be about 32,000 fewer deaths each year in the U.S. if male physicians performed at the same level as their female peers. Bringing cheer to New Orleans kids for 121 years: The 2016 Times-Picayune Doll & Toy Fund. Come on people... - Adrian MrCresentcity Lindsey. Constructing bonfires for the annual Festival of the Bonfires: Photo gallery. John Bel Edwards' LGBT protections declared unlawful. A Baton Rouge judge has thrown out Gov. 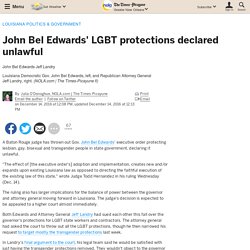 John Bel Edwards' executive order protecting lesbian, gay, bisexual and transgender people in state government, declaring it unlawful. "The effect of [the executive order's] adoption and implementation, creates new and/or expands upon existing Louisiana law as opposed to directing the faithful execution of the existing law of this state," wrote Judge Todd Hernandez in his ruling Wednesday (Dec. 14).

The ruling also has larger implications for the balance of power between the governor and attorney general moving forward in Louisiana. The judge's decision is expected to be appealed to a higher court almost immediately. 'His murder wasn't spoke about': slain 10-month-old's grandmother pleads for justice. More than a week after her 10-month-old grandson was shot dead in Marrero, Chermaine Davis is determined to get answers and justice. 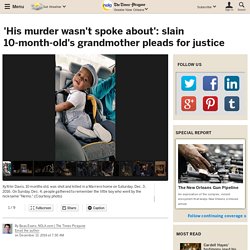 Even so, scant information has surfaced as to what happened on the evening of Dec. 3, when authorities say a gunman stormed into a Marrero home and opened fire, killing Xy'Ahir Davis and leaving a teen wounded. 5 best new restaurants in New Orleans in 2016. Restaurants considered for the Best New Restaurant 2016 list had to have opened after Aug. 1, 2015. 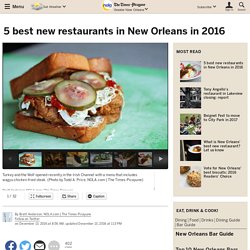 They also had to have been fully operational by Oct. 1, 2016, allowing for the grace period Brett Anderson gives restaurants before visiting them for review. They are listed in alphabetical order. A sunset is reflected on a window as diners sit at the bar inside Kenton's. 7th Ward targeted for new 5-story, 44-room hotel. A proposal for a five-story hotel with rooftop deck and retail on St. 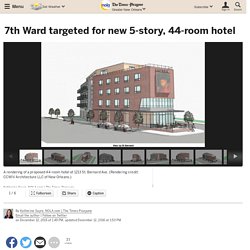 Bernard Avenue in the 7th Ward will go before the City Planning Commission on Tuesday (Dec. 12). The developer plans to build the 44-room, 34,000-square-foot hotel on a triangular property at 1213 St. Bernard Ave., about a block away from the developing St. Runoff Election Voting. Distribution. At Joe McKnight vigil, calls for unity and prayers for justice. Feet from the Terrytown intersection where Joe McKnight was fatally shot last week, local church leaders, along with McKnight's former coach, led dozens in prayer Wednesday evening (Dec. 7) while encouraging unity, peace and patience in waiting for justice after the former football standout's death. 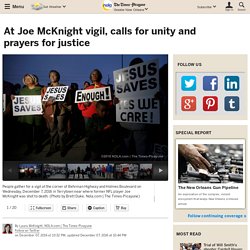 Peek inside a grand Garden District mansion on the Preservation Resource Center's Holiday Home Tour. On a recent morning, Michael W. Donald Trump's victory tour coming to Baton Rouge, TV station says. President-elect Donald Trump's post-election victory tour will swing through Baton Rouge on Friday (Dec. 9), WAFB television reports, citing the State Police superintendent. That happens to be the day before Louisiana voters head to the polls to choose their next U.S. senator, with GOP candidate John Kennedy facing Democrat Foster Campbell in the runoff. Kennedy is unlikely to miss the chance to share Trump's limelight. Col. Will Smith's widow testifies Cardell Hayes was 'loud, angry, evil' Will Smith's widow testified Tuesday (Dec. 6) that Cardell Hayes towered over her husband after pumping seven gunshots into his back and taunted the former New Orleans Saints defensive end through his dying breaths.

Joe McKnight became the second ex-NFL player shot to death in the New Orleans area this year when he was gunned down Thursday afternoon (Dec. 1) in Terrytown. His death came 7 1/2 months after ex-Saints star Will Smith was shot to death in what police described as a road rage incident in the Lower Garden District in April. McKnight, a local high school football standout at John Curtis Christian School, was a star at USC and played for the New York Jets and the Kansas City Chiefs. He also played for the Saskatchewan Roughriders with the Canadian Football League. Joe McKnight, former NFL, USC, John Curtis player, shot dead in Terrytown. Family members of Joe McKnight identified the former NFL player and John Curtis Christian High School standout as the man who was shot dead Thursday (Dec. 1) afternoon in Terrytown.

The shooting, reported about 3 p.m., occurred at the busy intersection of Behrman Highway and Holmes Boulevard. McKnight, 28, who was born in Kenner, played for the New York Jets and the Kansas City Chiefs and attended University of Southern California.