Power Plant Closures Due To Environmental Regulations To Take Toll On Towns. December 14, 2011: Pigeons fly past as the stacks of Dominion's power plant tower over a nearby neighborhood in Salem, Mass.AP For more than 90 years, the coal-fired power plant in Glen Lyn, Va., has been churning out electricity and contributing to local prosperity. 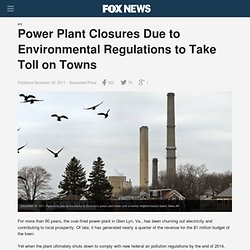 Obamacar for the 1 Percent - By Henry Payne - Planet Gore. The real scandal behind this week’s latest electric-car barbecue is a reminder that taxpayer dollars are being burned up to subsidize wealthy Americans’ dreams of owning a $100,000 sports sedan. 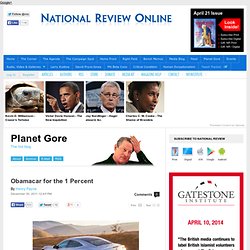 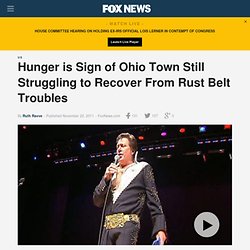 The factories no longer spew black smoke into the sky, there are no employees patrolling behind their high metal fences, the lights inside are permanently off and there's an eerie silence all around. The buildings stand as large, empty symbols of the industry that used to keep the Mahoning Valley running. "This was the center of the steel industry, mostly because of the location, halfway between Pittsburgh and Cleveland, halfway between New York and Chicago … that led to a lot of manufacturing," said historian Jim McFarland. Wall Street’s resurgent prosperity frustrates its claims, and Obama’s. The largest banks are larger than they were when Obama took office and are nearing the level of profits they were making before the depths of the financial crisis in 2008, according to government data. 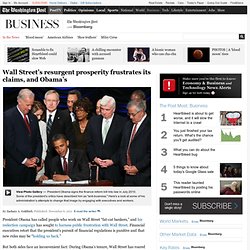 Wall Street firms — independent companies and the securities-trading arms of banks — are doing even better. They earned more in the first 21/2 years of the Obama administration than they did during the eight years of the George W. Bush administration, industry data show. Jon Corzine’s big mistake. The Real Luddites. Have you noticed that any person who exhibits any skepticism about global warming alarmism will, sooner or later, be called a Luddite? 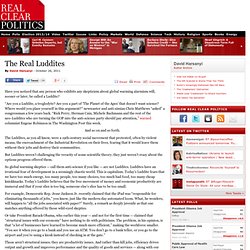 “Are you a Luddite, a troglodyte? Solyndracracy. Is Canadian Oil Bound for China Via Pipeline to Texas? "This is all about taking the oil that's coming into the Midwest and moving it down to the Gulf Coast, where they have access to China and other markets," the National Wildlife Federation's Jeremy Symons told Congress this summer. 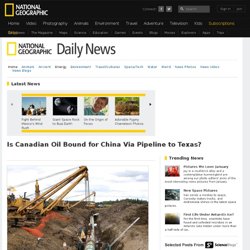 Spurred by the provocative analysis of a prominent energy economist, Philip Verleger , the argument joins the already contentious debate over the Keystone XL pipeline. The 1,700-mile, $7 billion project has stalled awaiting approval of the U.S. State Department, which must approve any pipeline built across the U.S. border. (Related: " The Keystone XL Pipeline: A Tar Sands Folly?

" and " Yellowstone Spill Shadows Efforts on the Keystone XL ") The project would provide a much-needed outlet for booming oil production from the tar, or oil, sands of Alberta in Northwest Canada. {*style:<b>Moving Oil From Alberta </b>*} The path closest to opening is the Keystone XL. (Related: " A Quest To Clean Up Canada's Oil Sands Carbon ") {*style:<b>

10 (Short) Reasons to Be Excited About Wind Power. The American Renewable Energy Day (AREDAY) conference opened Thursday in Aspen, Colorado, with leaders from the sectors of government, industry, activism and science engaging on questions about how the United States can wean itself from dependency on fossil fuels. 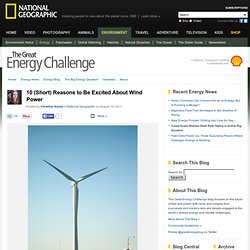 In an early keynote speech, Lester Brown, founder and president of the Earth Policy Institute, offered 10 succinct reasons why wind power is desirable: It is abundant. China, for example, has enough harnessable wind to increase its electricity consumption 16-fold.It is carbon-free. Reducing carbon emissions is a key part of any plan to transition from fossil fuels.It is non-depletable. What we use today doesn’t affect how much we have tomorrow.It does not require any water. Brown cited Denmark, Spain, Germany and India as having significant portions of energy sourced from wind. Speakers at AREDAY had varying ideas about what would finally create a breakthrough for renewable energy. Number of Green Jobs Fails to Live Up to Promises. How much will San Francisco's Chinese bridge really cost? The Dutch have a saying: Goed Koop is Duur Koop, Cheap is Expensive. 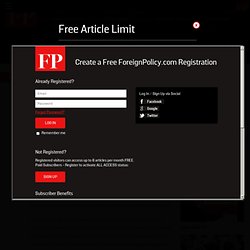 That came to my mind yesterday as I read in the Sunday New York Times of the new San Francisco-Oakland Bay Bridge having been made in China and now being readied for shipment to San Francisco where the its modules will be placed on their supports and snapped together like an erector set. In California, a Road to Recovery Stirs Unrest. Bridge Comes to San Francisco, With Made-in-China Label.