At last the spirit of rebellion entered the creation in the form of Lucifer. LibriVox. Medium. The Kybalion. Good News and Hard Truth: Planet Earth is a Soul Harvesting Farm for the Ignorant! THIS IS IMPORTANT!! 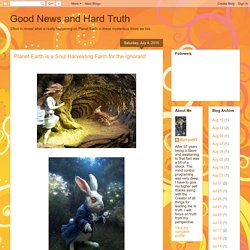 I just clicked!! Maps of the USA. John Dee and the Magic Mirror. CryptographyAtSic. IAIK JCE. The Global Reality. OCCULT PORTALS. She Speaks on it !!! Manly p hall. 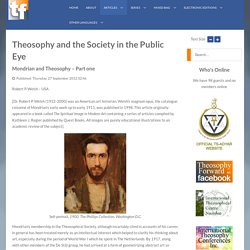 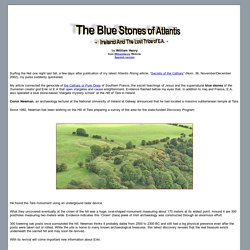 Social Media. Sciences physiques et chimiques - Académie de Dijon. Ancient Aliens & Lost Knowledge. Jason Martell. Could our ancestors have been more advanced than we think, before losing and eventually regaining everything in an infinite loop of enlightened eras and dark ages? 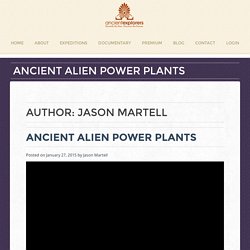 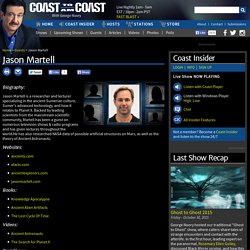 Backed by leading scientists from the mainstream scientific community, Martell has been a guest on numerous television shows & radio programs and has given lectures throughout the world.He has also researched NASA data of possible artificial structures on Mars, as well as the theory of Ancient Astronauts. Jason Martell – Ancient Alien Research – February 3, 2014. Open Minds UFO Radio: For over 15 years, Jason Martell has been one of the leading researchers and lectures specializing in ancient civilization technologies. 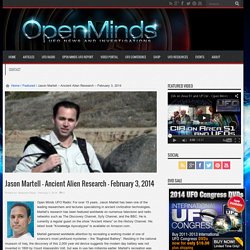 Martell’s research has been featured worldwide on numerous television and radio networks such as The Discovery Channel, Syfy Channel, and the BBC. He is currently a regular guest on the show “Ancient Aliens” on the History Channel. His latest book “Knowledge Apocalypse” is available on Amazon.com. Martell garnered worldwide attention by recreating a working model of one of science’s most profound mysteries – the “Baghdad Battery”. Jason Martell's Official Site 2014. Internet Sacred Text Archive Home. Magic. Magic is the art of manipulating the unseen forces of nature By Manly P. 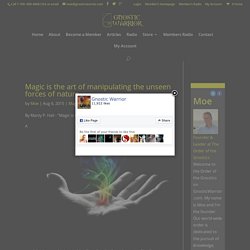 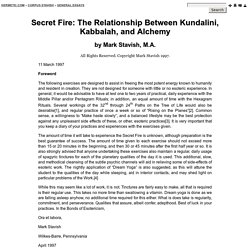 They are not designed for someone with little or no esoteric experience. In general, it would be advisable to have at lest one to two years of practical, daily experience with the Middle Pillar and/or Pentagram Rituals; in addition, an equal amount of time with the Hexagram Rituals. Embracesacredness1.pdf. Case, Paul Foster - Masonic Letter G. Like A Moth To A Flame – The Occult University Library. The information you will receive in this post is the kind of truth that can heal the world, should everyone take a moment to care. 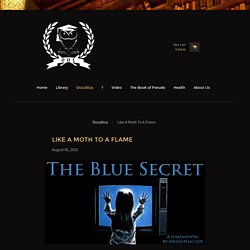 Yes, a big claim, but I promise with all my light, that it is true. If you have read and appreciated anything I have written, then I promise not to disappoint with this. The-One-Year-Manual. The Initiatic Path. “Initiation is life lived intesely, with love and rectitude” -Samael Aun Weor Initiation means to enter into another way of being. 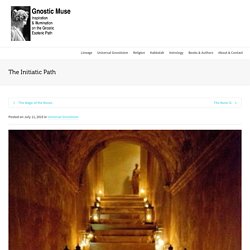 In his books The Major Mysteries, The Three Mountains, The Perfect Matrimony, and The Initiatic Path in the Arcanum of Tarot and Kabbalah, among others, Samael Aun Weor outlines the map of the initiatic path. Although this path is different for each individual, there are certain characteristics that are universally shared. The path is walked with a genuine spiritual yearning and by applying keys that gradually transform a normal existence into an esoteric one. Tarot magical keys.pdf. The True Cross and Sign of Life. "To the Rosicrucians, Alchemists, and Illuminati, the cross was the symbol of light, because each of the three letters L V X is derived from some part of the cross. " - Manly P. Hall. Biblio. B.O.T.A. Builders of the Adytum. Case_Paul_Foster_-_The_Tarot_A_key_to_the_Wisdom_of_the_Ages.pdf. Zenith News. BOTA INTRO.pdf. BUILDERS OF THE ADYTUM (B.O.T.A.) is a true Mystery School; an international, non- profit, teaching and training Order and an outer vehicle of the Inner Spiritual Hierarchy, sometimes called the Inner School, which guides the evolution of Man.

Adytum is an ancient Greek word designating the innermost part of the Temple, the Holy of Holies, that Which is not made with hands. Its system is that of the Western, Qabalistic-Hermetic tradition, and its teachings have been handed down from Adepts to Initiates since very ancient times. Founder of B.O.T.A., Dr. Sepher-yetzirah. Nag Hammadi Library. The Nag Hammadi Library, a collection of thirteen ancient books (called "codices") containing over fifty texts, was discovered in upper Egypt in 1945. This immensely important discovery includes a large number of primary "Gnostic Gospels" – texts once thought to have been entirely destroyed during the early Christian struggle to define "orthodoxy" – scriptures such as the Gospel of Thomas, the Gospel of Philip, and the Gospel of Truth. HERMETICISM : ENOCH AND THE DAY OF THE END. Egyptian High Alchemy: The Center of Light. What is the Nature of Egyptian High Alchemy, And Why is it So Effective?

—Zacciah Blackburn www.thecenteroflight.net Egyptian High Alchemy is a path of personal transformation, and ultimately, one of personal illumination, or enlightenment. It is a practice fueled by simple awareness and energy gathering exercises, which allows one to become more fully awake, and eventually sustain awakened or illuminated states of consciousness, to achieve a fully illumined state. Lilith. Lilith (Hebrew: לילית‎; lilit, or lilith) is a Hebrew name for a figure in Jewish mythology, developed earliest in the Babylonian Talmud, who is generally thought to be in part derived from a class of female demons Līlīṯu in Mesopotamian texts of Assyria and Babylonia. Evidence in later Jewish materials is plentiful, but little information has been found relating to the original Akkadian and Babylonian view of these demons. The relevance of two sources previously used to connect the Jewish Lilith to an Akkadian Lilitu—the Gilgamesh appendix and the Arslan Tash amulets—are now both disputed by recent scholarship.[1] The two problematic sources are discussed below.[2] The Hebrew term Lilith or "Lilit" (translated as "Night creatures", "night monster", "night hag", or "screech owl") first occurs in Isaiah 34:14, either singular or plural according to variations in the earliest manuscripts, though in a list of animals.