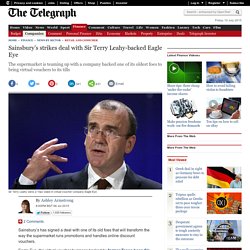 It can be used to combat fraud, as grocers often complain that money-off vouchers are easily photocopied and can be used on different brands of products, much to the chagrin of suppliers. “For us this is a game-changing move as it signals that this model works,” said Phill Blundell, chief executive of Eagle Eye. "We will be taking charge of a third of the entire UK grocery market. " Groupon Apple Watch app lets users buy deals. Taking Card-Linked Offers To The Next Level. While there was a lot of excitement around card-linked offers when they were first introduced into the marketplace, things seem to have cooled — or at least quieted down. 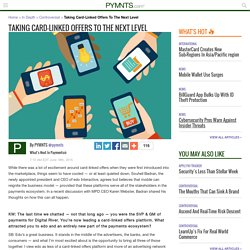 Souheil Badran, the newly appointed president and CEO of edo Interactive, agrees but believes that mobile can reignite the business model — provided that these platforms serve all of the stakeholders in the payments ecosystem. In a recent discussion with MPD CEO Karen Webster, Badran shared his thoughts on how this can all happen. KW: The last time we chatted — not that long ago — you were the SVP & GM of payments for Digital River. You’re now leading a card-linked offers platform. UK’s Largest Loyalty Program Goes Digital. Nectar, a longstanding loyalty program that allows customers to collect points from online retailers and brick-and-mortar retailers in the U.K., announced the launch of a digital rewards platform called Nectar Tickets yesterday (June 10). 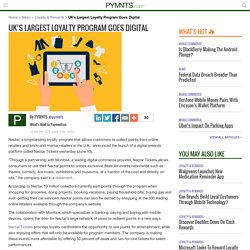 “Through a partnership with Monitise, a leading digital commerce provider, Nectar Tickets allows consumers to use their Nectar points to unlock exclusive deals for events nationwide such as theatre, comedy, live music, exhibitions and museums, at a fraction of the cost and directly on site,” the company said in a statement. According to Nectar, 19 million collectors currently earn points through the program when shopping for groceries, doing projects, booking vacations, paying household bills, buying gas and even getting their car serviced. Nectar points can also be earned by shopping at the 500 leading online retailers available through the company’s website. Money Talks When It Comes to Customer Loyalty in the UK. Brand loyalty is the Holy Grail for retailers and service providers the world over. 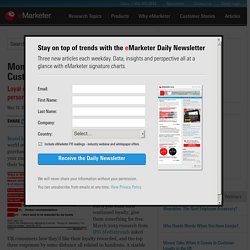 After all, repeat customers, by definition, make multiple purchases and thus generate more revenues. But once you’ve got your customers “through the door,” how do you go about retaining their business? Are Subscriptions The Secret To Customer Loyalty? Discounts are a surefire way to attract a customer – a fact that the millions nationwide who still hit the stores before the break of dawn on Black Friday can attest to. 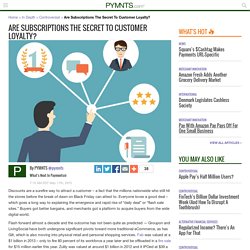 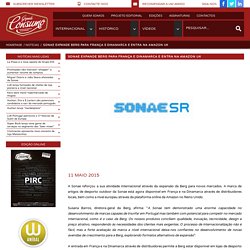 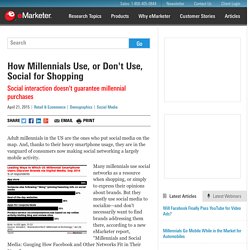 And, thanks to their heavy smartphone usage, they are in the vanguard of consumers now making social networking a largely mobile activity. Many millennials use social networks as a resource when shopping, or simply to express their opinions about brands. But they mostly use social media to socialize—and don’t necessarily want to find brands addressing them there, according to a new eMarketer report, “Millennials and Social Media: Gauging How Facebook and Other Networks Fit in Their Lives.” On social, millennials learn about products through peer activity. September 2014 polling by Annalect asked US smartphone-owning millennials to cite the main digital ways in which they discovered brands. Uber Drives Cashback Rewards For Capital One. Uber has already gained a reputation for offering consumers cheaper cab options, but as of yesterday (April 21), the ride-hailing company secured a partnership to help some riders earn cash back. 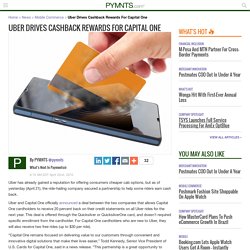 Uber and Capital One officially announced a deal between the two companies that allows Capital One cardholders to receive 20 percent back on their credit statements on all Uber rides for the next year. Can Anything Save Loyalty? There’s no good news these days if you’re in the loyalty business. 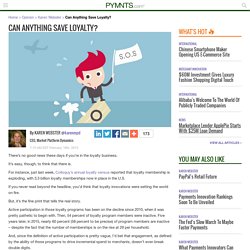 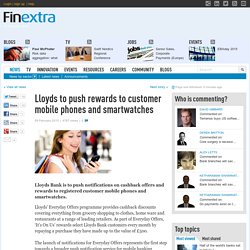 Lloyds' Everyday Offers programme provides cashback discounts covering everything from grocery shopping to clothes, home ware and restaurants at a range of leading retailers. As part of Everyday Offers, ‘It’s On Us’ rewards select Lloyds Bank customers every month by repaying a purchase they have made up to the value of £500. The launch of notifications for Everyday Offers represents the first step towards a broader push notification service for mobile banking customers says Adrian Bryant, director of digital at Lloyds Bank. Blurred Lines: Card Present And Card-Not-Present.

Twitter Forays into Digital Couponing, uses Direct-to-Card. This is the season of giving and gifting. Happy Holidays! Chase launches site for personalised rewards. With research showing that many Americans consider a strong rewards programme more important that interest rates when choosing which credit card to use, Chase has launched a new site promising to make its rewards more personalised. A survey of 1000 Americans carried out for Chase by Mercator Advisory Group shows that 35% rank an attractive rewards programme ahead of other factors like interest rates and credit line when selecting which card to use most.

Card Linked Offers launch in Europe. Step Aside, Mobile: Banks and Retailers Should Hold Onto Traditional Coupon Strategies. In a payments space that’s practically gone completely digital where the paper version of anything comes second, there still happens to be some surprising statistics about who continues to opt for the “old school” ways. TSYS’s Consumer Payment Choice Study, conducted with an online consumer survey and in-person focus groups, confirms that consumers are still heavily using coupons. In fact, 83 percent of respondents said they use coupons, which, said Joe Majestic, Director of Corporate Strategy and Planning at TSYS, proved to be rather surprising. Consumers surveyed for the “Consumers, Coupons, and Daily Deals” report had various incomes, yet in nearly all income ranges, at least one third were using coupons 50 or more times a year, said Majestic.

“We didn’t see as much variability between different income segments as we thought we would,” he said. “In fact, the highest percentage of heavy users was in the 150 thousand plus income bracket.” Card-linked marketing programs not well-understood despite benefits. Card-linked marketing has emerged in recent years as a way for companies to target current customers and attract new customers, but a recent survey revealed the practice is not well-understood or widely used in the financial services industry. According to the survey, released by Bank of America and The CMO Club, 90 percent of companies who have used card-linked marketing saw an increase in revenue as a result, and nearly all said the solution is effective in reaching their target audience.

In 2012, Bank of America launched its online and mobile cash-back deals program BankAmeriDeals, which presents bank customers with various offers for department stores, restaurants and fast food chains in online and mobile banking apps. Other companies, such as Microsoft, MasterCard, California Pizza Kitchen and American Express, have launched similar programs, but while the data indicates such programs are effective at boosting the bottom line, they are not yet fully understood.