Sans titre. In recent years there has been there has been a movement towards Physically Based Rendering (PBR), where lighting setups mimic real-life light situations. 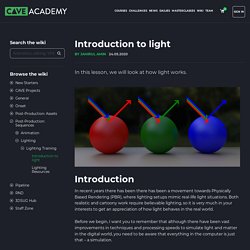 Both realistic and cartoony work require believable lighting, so it is very much in your interests to get an appreciation of how light behaves in the real world. Before we begin, I want you to remember that although there have been vast improvements in techniques and processing speeds to simulate light and matter in the digital world, you need to be aware that everything in the computer is just that – a simulation. So what is light exactly? Essentially, light is a type of wave; one that is composed of electric and magnetic fields. Hence it is referred to as electromagnetic radiation.

Pivot doors with FritsJurgens inside. Calculating Drawer Heights. Introduction As you can tell from all the recent posts on construction, I am in the middle of planning some remodeling on my home. 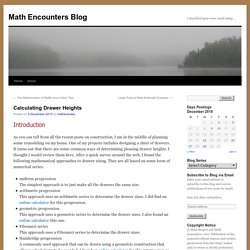 One of my projects includes designing a chest of drawers. It turns out that there are some common ways of determining pleasing drawer heights. I thought I would review them here. After a quick survey around the web, I found the following mathematical approaches to drawer sizing. Uniform progressionThe simplest approach is to just make all the drawers the same size.arithmetic progressionThis approach uses an arithmetic series to determine the drawer sizes. How to Select the Right Adhesive for Your Material Bonding Project. The most common questions asked by adhesive bonding manufacturers. 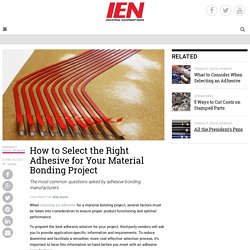 When choosing an adhesive for a material bonding project, several factors must be taken into consideration to ensure proper product functioning and optimal performance. To pinpoint the best adhesive solution for your project, third-party vendors will ask you to provide application-specific information and requirements. Eric Brunt's Flux Snowshoes Transform With Each Step. I love seeing this kind of nuts-and-bolts industrial design. 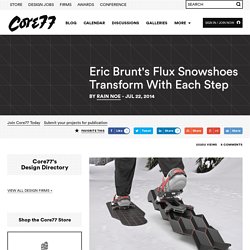 Seattle-based designer Eric Brunt observed that what makes snowshoes work is their increased surface area, which enables the wearer to "float" atop the surface. But that increased surface area also means that the wearer has to walk like s/he's in a Monty Python sketch. What if, Brunt reasoned, the footprint could shrink when lifted, enabling a more natural gait, then grow again when placed back onto the surface? Element — nTopology. Lumos Helmet - A Next Generation Bicycle Helmet. 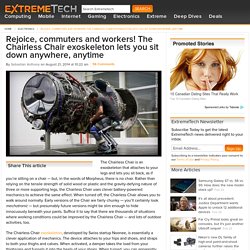 Rather than relying on the tensile strength of solid wood or plastic and the gravity-defying nature of three or more supporting legs, the Chairless Chair uses clever battery-powered mechanics to achieve the same effect. When turned off, the Chairless Chair allows you to walk around normally. AIRY - back to the roots. DMG Lib: Browse, Literature. Linkage 3.0.11 Beta « Dave's Blog. February 14th, 2016 There is a new version of the Linkage program here: I changed and fixed a few things… Fixed bug that kept sliders from being "split" from their slide path (made to not be sliders). 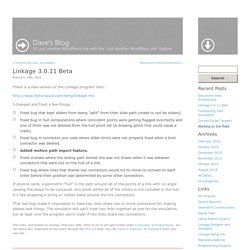 Fixed bug in hull computations where coincident points were getting flagged incorrectly and one of them was not deleted from the hull point list (A drawing glitch that could cause a crash). Fixed bug in connector join code where slider limits were not properly fixed when a limit connector was deleted. Added motion path export feature. Fixed mistake where the sliding path dotted line was not drawn when it was between connectors that were not on the hull of a link. Fixed bug where links that shared two connectors would try to move to connect to each other before their position was determined by some other connection. 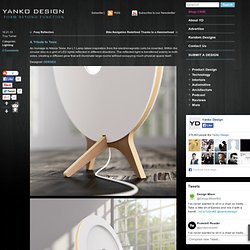 Within the circular disc is a grid of LED lights reflected in different directions. The reflected light is transferred evenly to both sides, creating a diffused glow that will illuminate large rooms without occupying much physical space itself. Designer: ODESD2. MINALE MAEDA. Lamp L1 by ODESD2. J.c.karich. 4-4 case for iPhone 4 GSM + CDMA/Verizon by MichielCornelissen on Shapeways. Important notice: a lot of people have been very happy with this product, but, as can be read in some of the comments below, it's clear that this design is right on the edge of what Shapeways can produce to the right quality at this moment. 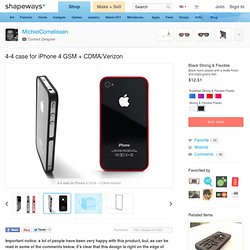 If you buy it, there's a risk of having a less then perfect fit, colors can be different from what you see on the screen, and, depending on how you use your phone as well as the tolerances of the case, it has been reported that the polyamide material can give a sort of polishing/scratching effect on the metal rim of the phone (you can find descriptions online of how to remove these kind of blemishes, but it may still be annoying).