TechThirsty has been launched by www.Penpundit.com, a content and editorial services company that started out in 2006. Today, they provide end-to-end content solutions to companies globally. Latest Technology News across the world to discuss the latest gadgets and Mobiles. TechThirsty is a platform for admirers and addicts of Tech updates. 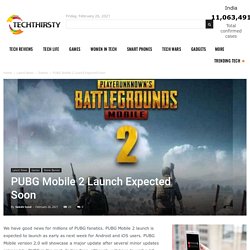 PUBG Mobile 2 launch is expected to launch as early as next week for Android and iOS users. PUBG Mobile version 2.0 will showcase a major update after several minor updates released by PUBG in the past. Indian fans, although, will have to wait a bit longer as there is no official confirmation about PUBG Mobile 2 launch in India. PUBG Mobile 2 Features. AOC Launches New Gaming Monitors In India. AOC recently announced the launch of new gaming monitors for the Indian market. 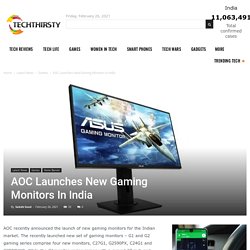 The recently launched new set of gaming monitors – G1 and G2 gaming series comprise four new monitors, C27G1, G2590PX, C24G1 and G2590VXQ. While the G1monitor series comes with a curved 27-inch and 23.6-inch display, the G2 series sports a 24.5-inch flat screen. 9 Proven Tips to Save Your Smartphone's Battery Life. Worried why your smartphone battery is dying out too soon? 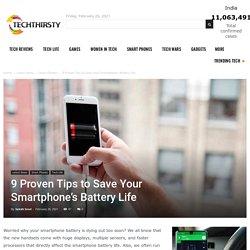 We all know that the new handsets come with huge displays, multiple sensors, and faster processors that directly affect the smartphone battery life. Also, we often run too many apps and services that unnecessarily hit battery life. But these are not the only reasons why your smartphone battery drains out sooner than expected. In this article, we have listed battery-saving tips that will improve your phone’s performance and will ensure your phone stays active with you! Remember to turn off background apps Often, we visit an app and forget to close it. Turn off location services The latest Android and iOS smartphones come with built-in GPS functions, which helps to know how far away you are from a location or if helps in finding directions to a restaurant or a café. Everything You Need to Know About the Spotify HiFi. Time To Invest in Best Smartwatch in India. Digital technology wearables have taken over the world. 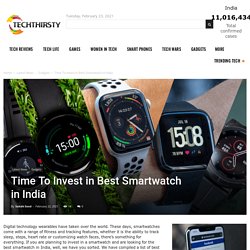 These days, smartwatches come with a range of fitness and tracking features, whether it is the ability to track sleep, steps, heart rate or customizing watch faces, there’s something for everything. What Is the Best Smartphone You Can Buy In 2021? Planning to buy the best smartphone in 2021? 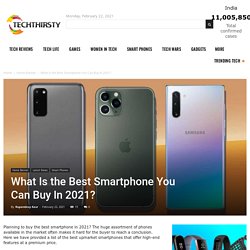 The huge assortment of phones available in the market often makes it hard for the buyer to reach a conclusion. Here we have provided a list of the best upmarket smartphones that offer high-end features at a premium price. iPhone 12 Pro Max If you are a connoisseur of Apple and its iOS platform, then this latest iPhone variant will delight you. Enjoy Customisable Audio Experience With Xbox Wireless Headset. What is it that makes wireless headsets so desirable by gamers? 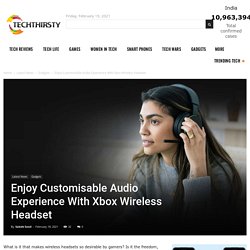 Is it the freedom, noise cancellation, or high-quality audio that one can immerse into while playing their favourite game?!! Microsoft has recently launched a new Xbox Wireless Headset. The latest addition in the Xbox accessory family promises to deliver extended sound, lasting comfort, and customizable experiences for gamers. With multi-device usability, this one already has the gamers in awe! Features of Xbox Wireless Headset. Use Google Maps App To Pay For Parking. Google has been working hard to add more detail and granularity to its map. 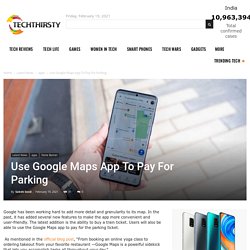 In the past, it has added several new features to make the app more convenient and user-friendly. The latest addition is the ability to buy a train ticket. Free Repairs For Apple Series 5 Watch, Anyone Interested? Owners of some Apple Watch Series 5 and Apple Watch SE are facing a trouble while charging their smartwatch. 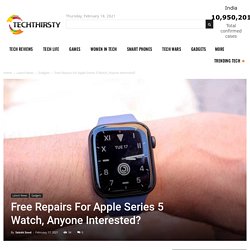 PUBG Mobile 1.3 India Launch Updates: What to Expect. PUBG loyalists have been eagerly waiting for the for the release of PUBG Mobile India. 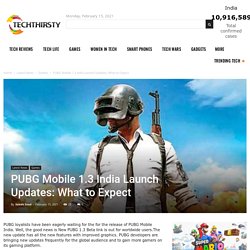 Well, the good news is New PUBG 1.3 Beta link is out for worldwide users.The new update has all the new features with improved graphics. PUBG developers are bringing new updates frequently for the global audience and to gain more gamers on its gaming platform. PUBG Mobile 1.3 India Launch Date While the PUBG Mobile India game is yet to be released, you can use this APK link to play the game in India. Apple TV Plus AR To Dive Into All Mankind's Memories. Apple’s first AR storytelling experience is launching forward of the second season of the Apple TV Plus present, For All Mankind. 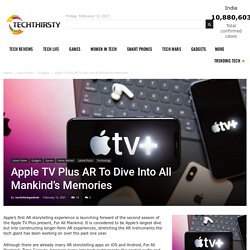 Samsung Galaxy F62 Launch: Price & Specifications. Samsung is leaving no stone unturned to make sure it remains the smartphone king. The South Korean electronics tycoon is renowned for its impressive appliances and gadgets. The company is now all set to launch its flagship phone – Samsung Galaxy F62. The latest Samsung smartphone is set to be powered by an octa-core Samsung flagship 7nm Exynos 9825 processor and will run on Android 11. In case you are looking to buy a smartphone with great cameras, Samsung F62 can be your ultimate choice. A Wall-Mounted Amazon Echo as Smart Home Command Centre. With smart devices becoming a necessity, Amazon is expanding its Echo lineup exponentially.

The Potential Of Edge Computing Addressing Its Uses In Computers. 10 Gadgets That Changed The World. Modern technology has clearly paved the way for multi-functional devices to make our life easier, convenient, faster, and more fun. From smartphones to smart speakers, smartwatches, cameras, and many more – new gadgets have changed how we communicated and lived. While many would argue that it’s continued to improve our lives, keeping us more connected to information, entertainment, and each other, others do not share the same opinion. But either way, there are a few gadgets and technologies that have changed our lives and the world forever. Mahak Malhotra's answer to What is your process for writing technical blog posts? - Quora.