Zuckerman Law, LLC is a tax law firm in Ft. Lauderdale, Florida with over thirty years of experience serving the residents of nearby communities with tax-related services of all kinds including disputes with the IRS. The firm’s impressive knowledge of tax law and of the IRS allow them to skillfully craft the solutions clients need in order to move forward following a conflict.

Freelancers can also Take Tax Breaks. Although the self-employed lifestyle may seem amazing at first, your tax preparation burdens can increase over time. 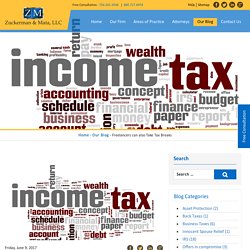 There is a long list of deductions you need to be familiar with in order to get the most out of your tax preparation experience. Some of these deductions aren’t that obvious and you may wanna ask a Fort Lauderdale tax attorney about any extra deductions that may apply to your specific circumstances. Invoices that go unpaid The more you do freelance work the more you will realize that not everyone will pay your work like they promised to. Fort Lauderdale Tax benefits for homeowners. Owning a home is the American Dream and as a dream, it will provide you with multiple benefits as well as tax breaks. 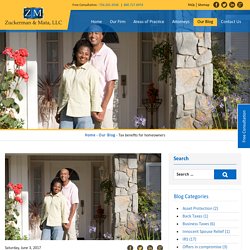 As tax season comes to an end, many homeowners are left with many questions or doubts about how to properly file their taxes and get the most out of the whole process. Florida Congresswoman Corrine Brown Convicted of Tax Evasion & Fraud. Since 1993, Corrine Brown was one of Florida’s most prominent lawmakers. 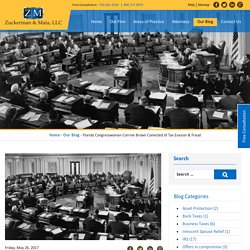 But the Jacksonville Democrat has learned she is not above the law. Brown, 70-years-old, lost her re-election bid this past November, shortly after she was indicted on 22 charges of tax evasion, conspiracy to commit mail fraud along with aiding and abetting mail fraud. This week a Jacksonville jury found Brown guilty on 18 of the charges.

She now faces more than 300 years in prison. The trial focused on a bogus charity Brown allegedly used to throw lavish parties and for her own personal expenses. IRS Hires Debt Collectors to Recover Back Taxes. For years, we have heard the IRS claim it will not make harassing phone calls to people who owe back taxes. 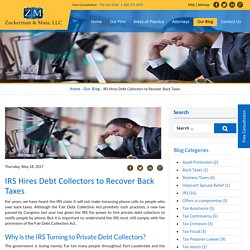 Although the Fair Debt Collection Act prohibits such practices, a new law passed by Congress last year has given the IRS the power to hire private debt collectors to notify people by phone. But it is important to understand the IRS must still comply with the provisions of the Fair Debt Collection Act. Why is the IRS Turning to Private Debt Collectors? The government is losing money. Trump Care Expected To Cut $765 Billion in Taxes Over 10 Years - Zuckerman & Mata.

Throughout the campaign trail, Republican presidential candidate Donald Trump made a promise to repeal the Affordable Care Act–AKA Obamacare. 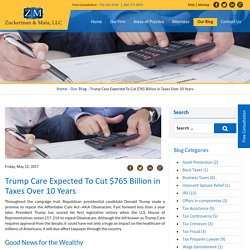 Fast forward less than a year later, President Trump has scored his first legislative victory when the U.S. House of Representatives voted 217-214 to repeal Obamacare. Although the bill known as Trump Care requires approval from the Senate, it could have not only a huge an impact on the healthcare of millions of Americans, it will also affect taxpayer through the country. Good News for the Wealthy One of the criticisms of Obamacare among Republicans is it raised taxes on wealthy American to subsidize health insurance for the poor. 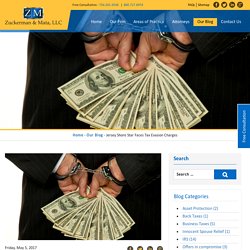 But mention his nickname “The Situation” and it is sure to get a reaction. It has been more than five years since “The Situation”, “Snooki” and their castmates from the MTV’s The Jersey Shore have enjoyed their 15 minutes of fame. But Sorrentino is now getting a different type of notoriety. The former reality TV show star is accused of failing to report $8.9 million of earnings to the IRS. His brother and manager Marc Sorrentino is also accused falsifying records. It is the second time in three years the Sorrentino brothers have been accused of violating tax laws. Fame Has Its Price During the peak of the show’s success, Mike Sorrentino went from an anonymous assistant manager at a fitness center into an instant celebrity.

By 2014, the man is known as “The Situation” was no longer considered an A-list celebrity. Florida Tax Litigation Attorney. There are a variety of businesses and circumstances where there is a requirement to pay Florida sales taxes. 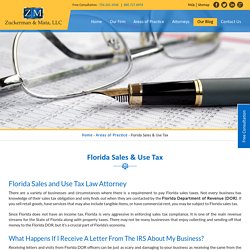 Not every business has knowledge of their sales tax obligation and only finds out when they are contacted by the Florida Department of Revenue (DOR). What to do when you owe money to the IRS. Although many Americans get tax refunds, some taxpayers may end up owing money to the IRS. 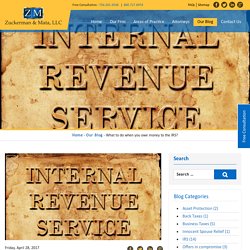 There is about 8.2 million Americans who owe taxes each year. Sadly, some of these individuals continue to fall behind and don’t take the necessary steps to avoid the common tax pitfalls. Foreign Bank Account Reporting Lawyer in South Florida. South Florida has a large immigrant population, and with immigration comes problems with foreign bank accounts. 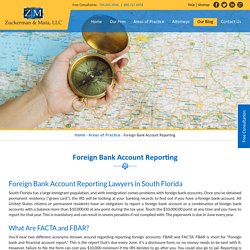 Once you’ve obtained permanent residency (“green card”), the IRS will be looking at your banking records to find out if you have a foreign bank account. All United States citizens or permanent residents have an obligation to report a foreign bank account or a combination of foreign bank accounts with a balance more than $10,000.00 at any point during the tax year. Touch the $10,000.00 point at any time and you have to report for that year. This is mandatory and can result in severe penalties if not complied with. The paperwork is due in June every year. What Are FACTA and FBAR? You’ll hear two different acronyms thrown around regarding reporting foreign accounts: FBAR and FACTA. Why you should or shouldn’t do your own taxes - Zuckerman & Mata. Although many Americans are preparing their taxes at home there is still around 56% that seek professional help. 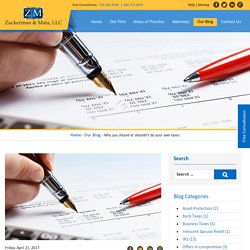 Some people may feel uncomfortable with handling their own taxes due to perhaps lack of time or simply because the tax system is very complicated. Whether you do it on your own or hire some help, it must be done right. When filing your taxes improperly, a Fort Lauderdale tax attorney can represent your interests and alleviate your tax burden. Attorneys know how tax deductions, exemptions, and credits can work in your favor. Tax Deductions Every First Time Fort Lauderdale Homeowner Should Know - Zuckerman & Mata.

Innocent Spouse Relief Fort Lauderdale, FL. When a husband and wife file a joint tax return, they are jointly and severally liable for the entire tax. This means that both husband and wife are responsible for the entire tax bill. There are situations that arise where one of the partners can absolve themselves of their responsibility. This is called innocent spouse relief. Let’s go over some possible scenarios where this might be a possibility. An abusive spouse handles the finances and prevents the abused partner from knowing anything about their financial situation. Last Minute Tax Tips - Zuckerman & Mata. It’s that time of the year again and it can be quite overwhelming when it comes down to filing your taxes.

With the deadlines quickly approaching you want to stay focused and make the right moves. IRS Notices & Liens Fort Lauderdale. Receiving an IRS notice that demands thousands of dollars or years worth of past tax information for an audit is a scary thought. These notices are often in bureaucratic language that the average layperson cannot decipher. The emotional impact of receiving a negative IRS notice can make anyone lose sleep. But there’s more to IRS notices than just emotional suffering. There’s a reality behind receiving a notice that must be faced and gone through if you want to get over the emotional pain. How To Handle an IRS Tax Lien - Zuckerman & Mata. Countless people throughout Fort Lauderdale are struggling with tax problems. Whether it is back taxes, an IRS audit or a bank levy, there are a variety of issues that can happen. Instead of taking care of these issues immediately, far too many allow their tax problems to remain unresolved.

The results can be disastrous. Payroll Tax Services Fort Lauderdale. Many small- and medium-sized businesses get in trouble with the Internal Revenue Service (IRS) and the Florida Department of Revenue (Florida DOR) each year for the nonpayment or underpayment of business taxes, including income tax, employment tax, payroll tax, and state sales tax. Estates & Probate Attorney, Fort Lauderdale. Whether your goal is to leave behind a legacy or to ensure you are maximizing the estate for your heirs, attorneys Ira Zuckerman and Lauren Mata can assist you in creating and achieving your estate planning goals. Tax Tips to Write Off Your Fort Lauderdale Holiday Party. The holidays are upon us. Top 5 Overlooked Tax Deductions in Fort Lauderdale - Zuckerman & Mata. Why Have I Received an IRS Tax Audit? Fort Lauderdale Tax Attorney.

Have you prepared a will? Fort Lauderdale Probate Lawyer. We are all guilty of procrastination. Be Prepared for New 2017 Tax Preparation Changes - Zuckerman & Mata. Why More People in Fort Lauderdale Haven’t Filed Their Taxes. The clock is ticking and Uncle Sam is waiting. Offers in Compromise Attorney Fort Lauderdale. You have seen the advertisements: “Tax Settlement Services,” “Settle with the IRS for pennies on the dollar”, and “Let us eliminate your tax debt through an offer in compromise.”