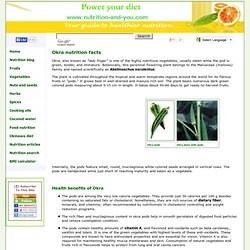 Botanically, this perennial flowering plant belongs to the Malvaceae (mallows) family and named scientifically as Abelmoschus esculentus. The plant is cultivated throughout the tropical and warm temperate regions around the world for its fibrous fruits or "pods. " It grows best in well-drained and manure rich soil. The plant bears numerous dark green colored pods measuring about 5-15 cm in length. It takes about 45-60 days to get ready-to-harvest fruits. Internally, the pods feature small, round, mucilaginous white colored seeds arranged in vertical rows. Health benefits of Okra The pods are among the very low calorie vegetables.

Selection and storage Fresh and immature okra pods are readily available in the stores all around the year. Once at home, place them inside the refrigerator. Preparation and serving methods Here are some serving tips: 2. Zimbabwe traditional Derere (Okra) 500g okra 1 small onion 1 medium tomato 1 tsp bicarbonate of soda 1/4 tsp ground black pepper 300ml boiling water. 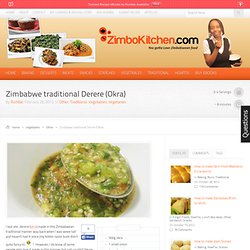 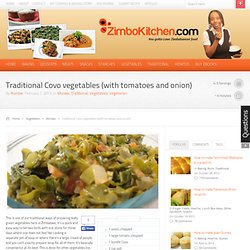 It’s a quick and easy way to kill two birds with one stone for those days where one does not feel like cooking a separate pot of soup or where there’s a large crowd of people and you can’t exactly prepare soup for all of them. It’s basically convenience at its best. This is done for other vegetables too such as cabbage. Quick Instructions. Tariro. Vanessa is Tariro's September student of the month In this week’s post, I’m pleased to introduce Tariro’s September student of the month, Vanessa M. 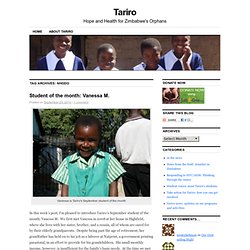 We first met Vanessa in 2008 at her home in Highfield, where she lives with her sister, brother, and a cousin, all of whom are cared for by their elderly grandparents. Despite being past the age of retirement, her grandfather has held on to his job as a laborer at Natprint, a government printing parastatal, in an effort to provide for his grandchildren. His small monthly income, however, is insufficient for the family’s basic needs. At the time we met the family, the three older children were attending school sporadically. Microsoft Word - 2.4 Shona Traditional Children.doc - 2.4_Shona_Traditional_Children.pdf. Sadza - The Congo Cookbook (African recipes) www.congocookbook.com - From: Southern Africa | cooking method: boiling-simmering Sadza is Zimbabwe's version of the stiff porridge or dumpling common all over sub-Saharan Africa; a Fufu-like staple usually made from ground maize (corn), as is Zambia's Nshima or Eastern Africa's Ugali. 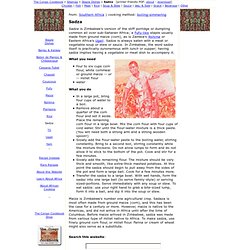 Sadza is always eaten with a meat or vegetable soup or stew or sauce. In Zimbabwe, the word sadza itself is practically synonemous with lunch or supper; having sadza implies having a vegetable or meat dish to accompany it. What you need four to six cups corn flour, white cornmeal or ground maize -- or -- millet flour water. View crop. Mai Hove talks about the importance of growing drought resistant small grains in Zimbabwe. Mrs Hove, is a celebrated farmer from Mazvihwa, a dry natural region five area of Zimbabwe’s Zvishavane District, where among other things she has developed water harvesting system and a garden in a vlei near her home. 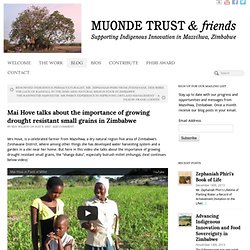 But here in this video she talks about the importance of growing drought resistant small grains, the “shanga duku”, especially bulrush millet (mhunga). (text continues below video) In this video she speaks in Karanga describing how in the face of likely drought she dry planted her mhunga in lines behind a plough, and then harrowed across the field at right angles to create a water retaining tilth with few weeds. Indigenous Fruits of Zimbabwe. Nhengeni/Tsvanzwa A few years ago I was in Watsomba and came across so many indigenous wild fruits and it took me back to the days when we were growing up and all these fruits were in abundance and you didn’t have to buy them. 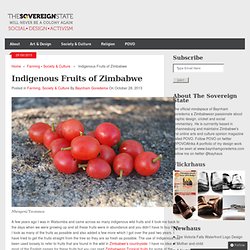 I took as many of the fruits as possible and also added a few more which I got over the past two years. Matamba (historical kingdom, Africa) From the Encyclopædia Britannica Matamba, historical African kingdom located on the Cuango River northeast of Luanda, Angola. 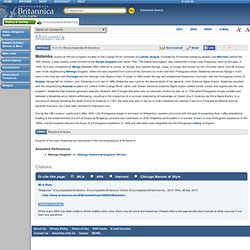 Founded by Kimbundu-speaking people (see Mbundu) before the 16th century, it was loosely under the orbit of the Kongo kingdom until about 1550. Mopani driftwood. Mopani Exotic Wood & Mopani Lumber. Brachystegia spiciformis. Brachystegia spiciformis Benth., commonly known as Msasa, is a medium-sized African tree having compound leaves and racemes of small fragrant green flowers. 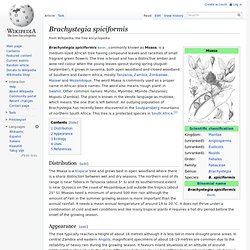 The tree is broad and has a distinctive amber and wine red colour when the young leaves sprout during spring (August-September). It grows in savanna, both open woodland and closed woodland of Southern and Eastern Africa, mostly Tanzania, Zambia, Zimbabwe, Malawi and Mozambique. The word Msasa is commonly used as a proper name in African place names. The word also means 'rough plant' in Swahili. Other common names: Mundu, Myombo, Mtondo (Tanzania), Muputu (Zambia). Distribution[edit] Margosa Extract Health and Nutritional Benefits. Margosa needs no introduction; it is popularly known as neem and the benefits of neem are well-known in many parts of the world for treating various ailments. 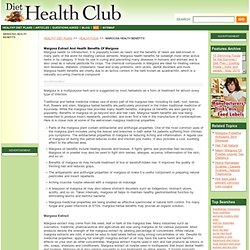 Margosa health benefits far outweigh most other active herbs in its category. It finds its use in curing and preventing many diseases in humans and animals and is also used as a natural pesticide for crops. The chemical compounds in Margosa are ideal for treating various skin diseases, diabetes, cholesterol, head and scalp problems, skin ulcers, dental disorders and more. Margosa health benefits are chiefly due to an active content in the herb known as azadirachtin, which is a naturally occurring chemical compound.

Margosa is a multipurpose herb and is suggested by most herbalists as a form of treatment for almost every type of infection. Traditional and herbal medicine makes use of every part of the margosa tree, including its bark, root, leaves, fruit, flowers and stem. Msasa: definition of msasa in Oxford dictionary.