Get Its Two Best 'Features' Right Now. Apple in the courtroom: 25 years of defending the crown jewels. The Apple-Samsung courtroom tussle is just the latest in a long line of legal battles for Apple. 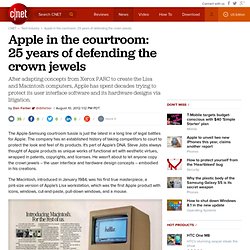 The company has an established history of taking competitors to court to protect the look and feel of its products. It's part of Apple's DNA. Steve Jobs always thought of Apple products as unique works of functional art with aesthetic virtues, wrapped in patents, copyrights, and licenses. He wasn't about to let anyone copy the crown jewels -- the user interface and hardware design concepts -- embodied in his creations. The Macintosh, introduced in January 1984, was his first true masterpiece, a pint-size version of Apple's Lisa workstation, which was the first Apple product with icons, windows, cut-and-paste, pull-down windows, and a mouse.

But most of the user interface concepts that distinguished the Lisa and Macintosh didn't come from Apple. The iPad 2,4 Review: 32nm Brings Better Battery Life. When Apple launched the 3rd generation iPad (as the new iPad), it also dropped the price of the entry-level 16GB WiFi iPad 2 to $399. 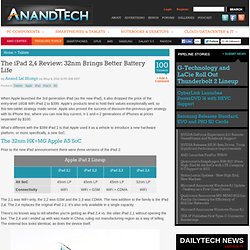 Apple's products tend to hold their values exceptionally well, so this two-tablet strategy made sense. Apple iPhone 2G (1st Generation) and 3G (2nd Generation) Compared. Whether you love or hate Apple, you must admit that the iPhone revolutionized cell phones as we know them today. Bizarre internal Apple video shows Steve Jobs rallying the troops against IBM. We're going to warn you up front: what you're about to see is eccentric, puzzling, and perhaps even disturbing. 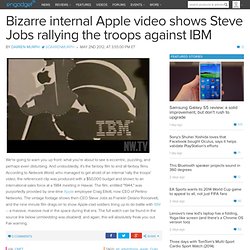 And undoubtedly, it's the fanboy film to end all fanboy films. According to Network World, who managed to get ahold of an internal 'rally the troops' video, the referenced clip was produced with a $50,000 budget and shown to an international sales force at a 1984 meeting in Hawaii. The film, entitled "1944," was purportedly provided by one-time Apple employee Craig Elliott, now CEO of Pertino Networks. The vintage footage shows then-CEO Steve Jobs as Franklin Delano Roosevelt, and the nine minute film drags on to show Apple-clad soldiers lining up to do battle with IBM -- a massive, massive rival in the space during that era.

The full watch can be found in the source link below (embedding was disabled), and again, this will absolutely freak you out. Comments. Camera shootout: Nokia 808 PureView vs Apple iPhone 4S (pictures) Sony NEX-6 spotted in the wild, electronic viewfinder and mode dial in tow. We've had furtive glances of Sony's upcoming NEX-6 before, but only in the very clinical space of a government test lab. 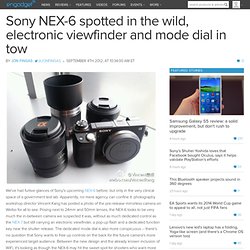 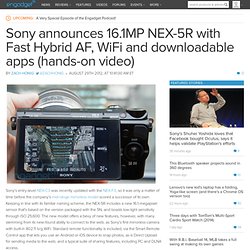 The NEX-5R camera features a newly-developed 16.1 effective megapixel Exmor® APS HD CMOS sensor - identical in size to sensors found in traditional DSLR cameras - combined with a powerful BIONZ® processor to assure richly detailed still images and crisp Full HD videos in all types of lighting conditions. Fast Hybrid AF Wi-Fi Sharing and New Camera Apps. From TechRadar's expert reviews of Mobile phones. Nokia's reputation as a leader in the smartphone market has been under increasing pressure in recent years, as a string of 'high end' handsets have failed to capture the minds and wallets of the phone-buying public. 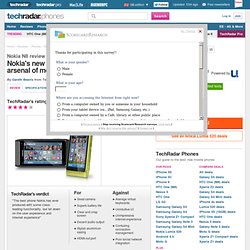 So to fix that, Nokia's gone back to the drawing board to bring out the Nokia N8, featuring a new OS and a huge amount of high end tech packed under the hood. If you're in the market for a new smartphone, you can check out our quick video guide to what to look out for: Having announced the phone back in April, Nokia has been holding off on release to make sure the user experience is as good as possible. But it needs to be very good indeed seeing as most other brands announce a phone then release it within weeks – we've been waiting nearly half a year for this one. The Story of Send. An Efficient Server Floor Your message then enters our server floor. 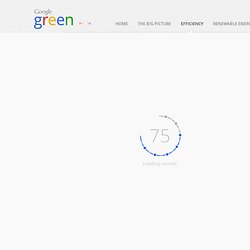 Our servers support many products at a time — that’s “the cloud.” It means we can do more with less — more searches and more Gmail with fewer servers and less energy. In fact, our data centers are some of the most efficient in the world, using 50% less energy than typical data centers. Our large scale also helps us better serve our customers by backing up data in multiple places and letting businesses easily increase their storage and speed. No Unnecessary Waste Since 2007, we’ve recycled enough servers to avoid buying over 90,000 replacement machines. A Little Goes a Long Way. Intel Mobile Processor Compatibility Guide. Manufacturer Intel (chipsets)