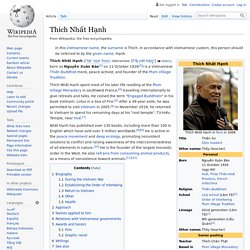 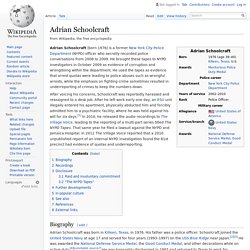 He brought these tapes to NYPD investigators in October 2009 as evidence of corruption and wrongdoing within the department. He used the tapes as evidence that arrest quotas were leading to police abuses such as wrongful arrests, while the emphasis on fighting crime sometimes resulted in underreporting of crimes to keep the numbers down. After voicing his concerns, Schoolcraft was reportedly harassed and reassigned to a desk job. Víctor Hugo Cárdenas. Víctor Hugo Cárdenas Conde (born 1951) is a Bolivian indigenous Aymara[1] activist and politician. 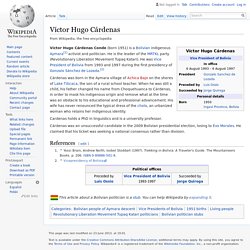 He is the leader of the MRTKL party (Revolutionary Liberation Movement Tupaq Katari). He was Vice President of Bolivia from 1993 and 1997 during the first presidency of Gonzalo Sánchez de Lozada.[2] A Letter to a Hindu. "A Letter to a Hindu" (also known as "A Letter to a Hindoo") was a letter written by Leo Tolstoy to Tarak Nath Das in 1908.[1] The letter was written in response to two letters sent by Das, seeking support from the famous Russian author and thinker, for India's independence from British colonial rule. 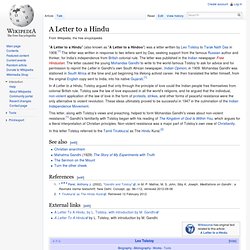 The letter was published in the Indian newspaper Free Hindustan. The letter caused the young Mohandas Gandhi to write to the world-famous Tolstoy to ask for advice and for permission to reprint the Letter in Gandhi's own South African newspaper, Indian Opinion, in 1909. Mohandas Gandhi was stationed in South Africa at the time and just beginning his lifelong activist career. Hamza Kashgari. Kashgari became the subject of a controversy after he was accused of insulting the Islamic prophet Muhammad in three short messages published through the Twitter social networking service.[8][9] King Abdullah ordered that Kashgari be arrested "for crossing red lines and denigrating religious beliefs in God and His Prophet".[5] Kashgari left Saudi Arabia, trying to seek political asylum in New Zealand.[8] On February 12, 2012, he was extradited from Kuala Lumpur, Malaysia, back to Saudi Arabia and a Malaysian High Court injunction against his extradition was issued.[10] Whether Kashgari was deported before or after the issuing of the injunction is disputed between Malaysian authorities and Lawyers for Liberty.[1] Saudi authorities jailed him for nearly two years without trial for his Twitter messages. 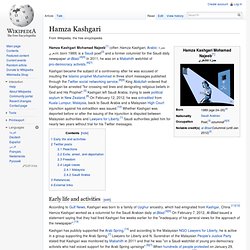 Early life and activities[edit] Twitter posts[edit] On your birthday, I shall not bow to you. I shall not kiss your hand. Mohamed Al-Beltagy. Mohamed Al-Beltagy Born in 1963, Mohamed Ibrahim Al-Beltagy is a leading member of Egypt’s influential Muslim Brotherhood (MB) movement and secretary general of the Freedom and Justice Party, the MB’s political arm. 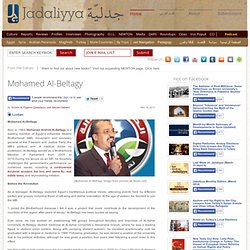 A medical doctor by profession, Al-Beltagy served as a Brotherhood Member of Parliament from 2005 to 2010.During his tenure as an MP, he forcefully challenged the government’s performance on numerous issues, including a controversial ferryboat accident, the bird and swine flu, real estate taxes, and skyrocketing inflation. Before the Revolution As a teenager, Al-Beltagy explored Egypt’s multifarious political trends, attending events held by different parties and groups, including those of left-wing and liberal orientation.

Riyad al-Asad. Riad Mousa al-Asaad (Arabic pronunciation: [rijɑːdˤ muːsa ɐlʔæsʕæd]; Arabic: رياض موسى الأسعد‎, born c. 1961 ) was a commander of the Free Syrian Army.[2] He was a former Colonel in the Syrian Air Force who defected in July 2011.[3] Al-Asaad had announced his defection on 4 July 2011, while he established the Free Syrian Army on 29 July 2011. 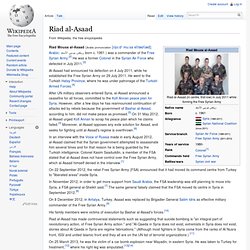 He went to the Turkish Hatay Province, where he was under patronage of the Turkish Armed Forces.[4] After UN military observers entered Syria, al-Asaad announced a ceasefire for all forces, committed to the Kofi Annan peace plan for Syria. However, after a few days he has reannounced continuation of attacks led by rebels because the government of Bashar al-Assad, according to him, did not make peace as promised.[5] On 31 May 2012, al-Asaad urged Kofi Annan to scrap his peace plan which he claims failed.[3] Moreover, al-Asaad opposes any exile solution for Assad, and seeks for fighting until al-Assad's regime is overthrown.[6]

Guy Fawkes. Guy Fawkes (13 April 1570 – 31 January 1606), also known as Guido Fawkes, the name he adopted while fighting for the Spanish in the Low Countries, was a member of a group of provincial English Catholics who planned the failed Gunpowder Plot of 1605. 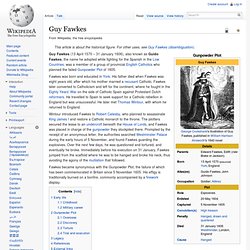 Fawkes was born and educated in York. His father died when Fawkes was eight years old, after which his mother married a recusant Catholic. Fawkes later converted to Catholicism and left for the continent, where he fought in the Eighty Years' War on the side of Catholic Spain against Protestant Dutch reformers. He travelled to Spain to seek support for a Catholic rebellion in England but was unsuccessful.

He later met Thomas Wintour, with whom he returned to England. Wintour introduced Fawkes to Robert Catesby, who planned to assassinate King James I and restore a Catholic monarch to the throne. Fawkes became synonymous with the Gunpowder Plot, the failure of which has been commemorated in Britain since 5 November 1605. Aung San Suu Kyi. Suu Kyi received the Rafto Prize and the Sakharov Prize for Freedom of Thought in 1990 and the Nobel Peace Prize in 1991. 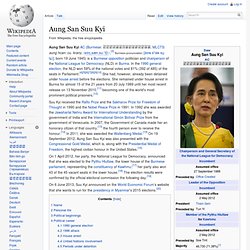 In 1992 she was awarded the Jawaharlal Nehru Award for International Understanding by the government of India and the International Simón Bolívar Prize from the government of Venezuela. In 2007, the Government of Canada made her an honorary citizen of that country,[13] the fourth person ever to receive the honour.[14] In 2011, she was awarded the Wallenberg Medal.[15] On 19 September 2012, Aung San Suu Kyi was also presented with the Congressional Gold Medal, which is, along with the Presidential Medal of Freedom, the highest civilian honour in the United States.[16] On 6 June 2013, Suu Kyi announced on the World Economic Forum’s website that she wants to run for the presidency in Myanmar's 2015 elections.[20] Name[edit]