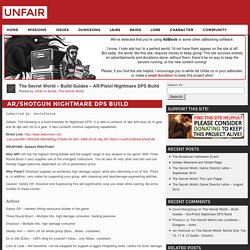 It is able to achieve 1k dps with blue QL10 gear and 3k dps with QL10.4 gear. It also contains minimal supporting capabilities. Direct Link: Fist/Pistol. The Reaper: The complete guide to rifle leech healing (more power edition) So you think it sounds fun? (A Beginning Leecher's Guide) TSW Ability Wheel. The Secret World Forums - Powered by vBulletin. Fist/Blood Healing Guide. Hey everyone, after I published my AR/Blood healing build, there has being some requests for me to make one for Fist/Blood combination as well. 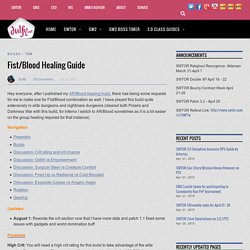 I have played this build quite extensively in elite dungeons and nightmare dungeons (cleared both Polaris and Darkness War with this build, for Inferno I switch to AR/Blood sometimes as it is a bit easier on the group healing required for that instance). Navigation Updates: August 1: Rewrote the crit section now that I have more data and patch 1.1 fixed some issues with gadgets and world domination buff Preamble. Assemblage - Pratique - The Secret World - TSW JeuxOnline. /! 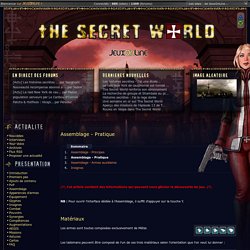 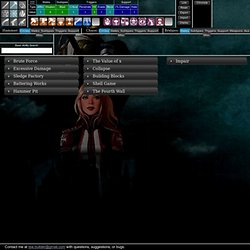 Elemental >> React Criticality. Ciritty's Pink Tanking guide (Not furry) How to Gear The gearing of normal and elite dungeons are both very forgiving, trying to optimize your gear for normal/elites if you intend to do nightmares would only hold you back PAX wise, For Elites try to get Block on the gear you acquire or Else glyph it. 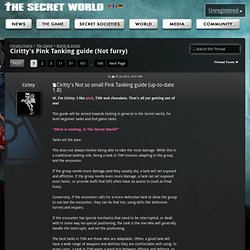 By using paradigm shift you will be able to get through stuff without hit rating until you can afford it. (Normal) For normal get any item with health/attack rating, they're mostly based on using defensive Cooldowns and your healer. Unlock breakdown before tanking or use escalation + intensity. Hammer/Chaos AoE. React Mind Over Matter Passive Whenever you critically hit, the target also becomes Afflicted with a damage over time effect that deals 9 magical damage every second for 5 seconds. 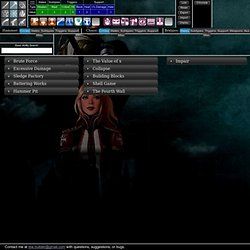 Hammer/Chaos Weaken Base. React Mind Over Matter Passive Whenever you critically hit, the target also becomes Afflicted with a damage over time effect that deals 9 magical damage every second for 5 seconds. 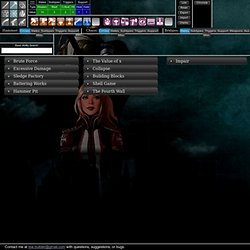 Elemental >> React Criticality Whenever you critical hit an Afflicted target, you trigger an attack which jumps up to 5 metres 4 times, hitting up to 5 enemies, dealing 18 magical damage. Elemental >> Altered States. [Guide] - One build to Solo Transylvania. I know there are many different builds out there; and many different builds used to walk/stomp through Transylvania quests; which by regard are considered most difficult. 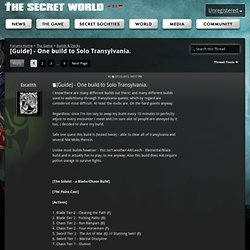 At least the mobs are. On the hard quests anyway. Regardless; since I'm too lazy to swap my build every 10 minutes to perfectly adjust to every encounter I meet and I'm sure alot of people are annoyed by it too, I decided to share my build. Safe one quest this build is (tested twice) - able to clear all of transylvania and several NM Mobs therein. Bad Omens: Tools of Survival for The Secret World. Ability Skill Wheel Deck Builder for TSW (The Secret World) The Reaper: The complete guide to rifle leech healing (more power edition) 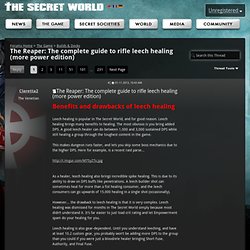 Pick a builder The first step to making a leech build is to pick a builder – Anima Shot or Anima Burst. Anima Burst is generally the better builder at low gear levels. The burst effect tends to increase your critical penetration rates, which is good when you have low penetration chances. In addition, passives like Healing Sparks and Donor work very well with Anima Burst at low gear levels, especially if you’re using a heal rating lean, which you generally should before you get purple gear. However, for various reasons, Anima Shot tends to pull ahead in both DPS and healing once you start to get end-game gear. It’s too complicated to explain briefly, but all testing I’ve done – whether this be dungeon runs, dummy test firing (both short and long tests), and even simple tooltip math put Anima Shot ahead of Anima Burst slightly for healing, and by as much as 200 DPS for damage. Anima Shot also has some more practical advantages. 2. 3. 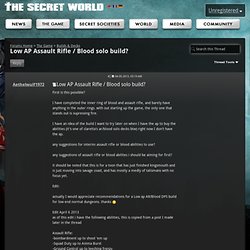 Hey everyone, I started using an Assault Rifle/Blood Magic healing build early on and have got quite a few people asking me to post my build. I delayed this a bit as I wanted to see how this handles at semi end-game. As of the time posting this guide, I have successfully healed through all the dungeons on all modes except for Nightmare (defeated the Gatekeeper). I use a slightly modified version build for soloing and had no issues in most areas although the lack of cleanse is starting to get to me in late Transylvania. Navigation Introduction The blood/AR build is an offensive healing build that also provide a little bit of extra DPS to dungeon groups. AR’s Anima Shot will do must of your healing.