Sigilmaking with Lee! Sigil Generator by 17hex. Astrology/Tarot&etc. LOKI - the Norse Trickster God (Norse mythology) One of the world’s major Trickster Gods, in his early days LOKI was a rascal; crafty, sneaky, silly and malicious — a Loki The Lad. 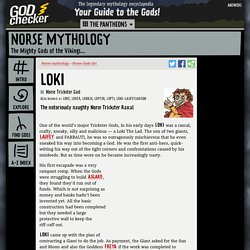 The son of two giants, LAUFEY and FARBAUTI, he was so outrageously mischievous that he even sneaked his way into becoming a God. He was the first anti-hero, quick-witting his way out of the tight corners and confrontations caused by his misdeeds. But as time wore on he became increasingly nasty. His first escapade was a very rampant romp. When the Gods were struggling to build ASGARD, they found they’d run out of funds. 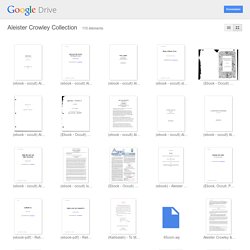 Recycle Reuse Renew Mother Earth Projects. The Beginner Witch. The journey of a Lokean pagan. Loki: Respect, Adoration, Kick to the Mental Junk. Blog of a Lokean Witch. Tales of a Lokean Swamp Witch. Witchcraft Traditions. There are many different traditions of witchcraft, here is a list of a few that I am familiar with or know of. 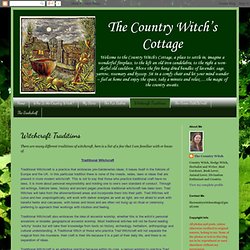 Traditional Witchcraft Traditional Witchcraft is a practice that embraces pre-Gardenerian ideas; it bases itself in the folklore of Europe and the UK. In this particular tradition there is none of the creeds, redes, laws or ideas that are present in more modern witchcraft. This is not to say that those who practice traditional craft have no laws, it is more about personal responsibility and holding one to one’s own standard of conduct. Through old writings, folklore tales, history and ancient pagan practices traditional witchcraft has been born. A Natural Witch- Grimoire of Life and Practice. DON'T FOLLOW ME. Self-Purification Spell First, and most importantly, you must be comfortable. 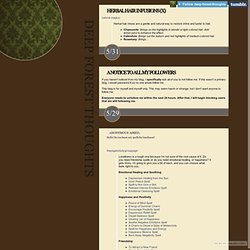 I’ve found that either sitting down or laying down help with this. Find a place that feels good, a place you are familiar with and comfortable in. Next, light one sandalwood and one sage incense. (You may use homemade or store bought.) Concentrate on feeling positive energy flow through your body. As the smoke from the incense rises, it takes the impurities with it. When you feel your impurities gone, you should allow the incense to burn out, carrying positive energy with them. Thirteen Books Every Wiccan Should Read. • Farrar, Janet & Stewart: A Witches’ Bible: The Complete Witches’ Handbook The first section of this book is Eight Sabbats for Witches. 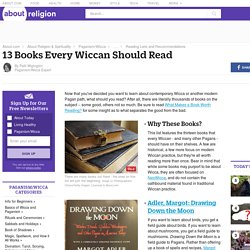 It goes into depth on Sabbat rites, and the meanings behind the holidays are expanded on. While the ceremonies in A Witches’ Bible: The Complete Witches’ Handbook are the Farrars' own, there's a heavy influence of the Gardnerian tradition, as well as Celtic folklore and some other European history. The second half of the book is in fact another book, The Witches Way, which looks at the beliefs, ethics, and practice of modern witchcraft. Despite the fact that the authors are a bit conservative by today's standards, this book is an excellent look at the transitioning concept of what exactly it is that makes someone a witch. Witches, Wizards, & Sorcerers Directory - Witch of Dionysus and Persephone. Spell Writing 101. Silverwitch, Quick guide to crystal healing and enhancement properties. Ramblings of a Hellenic Polytheist and Witch, List of Fae. Ramblings of a Hellenic Polytheist and Witch, Bree's List of Teas for Healing.

Cicadinae, Using Stones In Your Magic - Part 1. Silverwitch, A Quick guide to the Metaphysical Properties of Essential Oils:- Bippiti Boppiti Boo Motherfuckers. Moonstone. Tarot Taught Spells. Cards: Knot of Wyrd: The MagicianThe White Thread: Knave of SwordsThe Black Thread: The Wheel of FortuneThe Red Thread: The EmperorFirst, take one Magician or everything in the universe or a representation of earth, air, fire and water or your good old self. 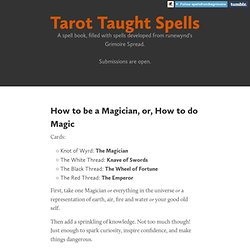 Then add a sprinkling of knowledge. Not too much though! Just enough to spark curiosity, inspire confidence, and make things dangerous.Next, bake for 30 minutes in a place where there’s a 50/50 chance of getting your heart’s desire and having your heart torn out. And by bake, I mean hang around a bit hoping the conditions are favourable. You will become a Magician when you become sovereign of your soul!

Upthewitchypunx:This Grimoire Spread is really cool! I always greatly appreciate it when people submit spells they’ve learned through the Grimoire Spread! Let’s talk about spell-writing. The Pagan Study Group, Do you know any spells for protection?