10 Best Grammar Resources for English Language Learners. English is already the most common second language (by number of speakers) in the world, and more people begin studying it every day. 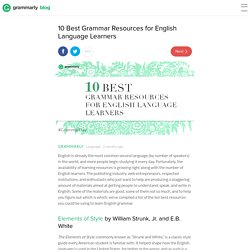 Fortunately, the availability of learning resources is growing right along with the number of English learners. The publishing industry, web entrepreneurs, respected institutions, and enthusiasts who just want to help are producing a staggering amount of materials aimed at getting people to understand, speak, and write in English. Some of the materials are good, some of them not so much, and to help you figure out which is which, we’ve compiled a list of the ten best resources you could be using to learn English grammar. Elements of Style by William Strunk, Jr. and E.B. White. Evidence-Based Vocabulary Instruction - Speech Room News. Guess what I found?! 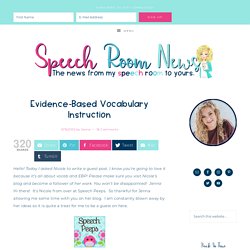 I discovered that most of what I was doing with my students WAS researched-based. I just hadn’t had the articles in my hand to prove it. Connecting Word Meanings Through Semantic Mapping. Semantic maps (or graphic organizers) are maps or webs of words. 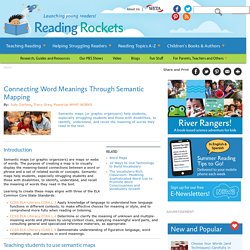 The purpose of creating a map is to visually display the meaning-based connections between a word or phrase and a set of related words or concepts. Semantic maps help students, especially struggling students and those with disabilities, to identify, understand, and recall the meaning of words they read in the text. Learning to create these maps aligns with three of the ELA Common Core State Standards:

{5 Steps Series} 5 Simple Steps for Effective Vocabulary Instruction l Dr. Kimberly's Literacy Blog. We know that there is a strong relationship between vocabulary, reading comprehension, and high student achievement. Systematic vocabulary instruction is an integral part of a K-12 comprehensive literacy framework for instruction. Further, word learning is connected at the hip to teaching content at any level. Whether you teach kindergarten or high school students, having a strategic plan for teaching vocabulary should be at the top of your “must-do” list.

So, vocabulary instruction is important. Seems simple enough, doesn’t it? Increasing your vocabulary of words to describe your emotional states. How are you feeling? 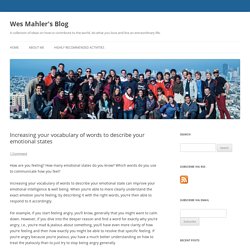 VocabGrabber : Thinkmap Visual Thesaurus. Word Invasion. 10 Words You Need to Stop Misspelling. The Alot is Better Than You at Everything. As a grammatically conscientious person who frequents internet forums and YouTube, I have found it necessary to develop a few coping mechanisms. 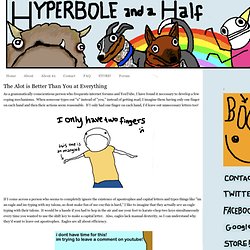 When someone types out "u" instead of "you," instead of getting mad, I imagine them having only one finger on each hand and then their actions seem reasonable. If I only had one finger on each hand, I'd leave out unnecessary letters too! If I come across a person who seems to completely ignore the existence of apostrophes and capital letters and types things like "im an eagle and im typing with my talons, so dont make fun of me cuz this is hard," I like to imagine that they actually are an eagle typing with their talons. It would be a hassle if you had to hop in the air and use your feet to karate-chop two keys simultaneously every time you wanted to use the shift key to make a capital letter.

Also, eagles lack manual dexterity, so I can understand why they'd want to leave out apostrophes. The Alot is incredibly versatile. 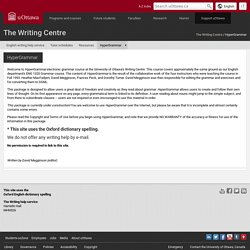 This course covers approximately the same ground as our English department's ENG 1320 Grammar course. The content of HyperGrammar is the result of the collaborative work of the four instructors who were teaching the course in Fall 1993: Heather MacFadyen, David Megginson, Frances Peck, and Dorothy Turner. David Megginson was then responsible for editing the grammar and exercises and for converting them to SGML. This package is designed to allow users a great deal of freedom and creativity as they read about grammar.

10 Words You Need to Stop Misspelling. 25 Words That Are Their Own Opposites. Here’s an ambiguous sentence for you: “Because of the agency’s oversight, the corporation’s behavior was sanctioned.” 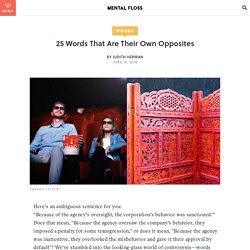 Does that mean, 'Because the agency oversaw the company’s behavior, they imposed a penalty for some transgression' or does it mean, 'Because the agency was inattentive, they overlooked the misbehavior and gave it their approval by default'? We’ve stumbled into the looking-glass world of “contronyms”—words that are their own antonyms. 1. Sanction (via French, from Latin sanctio(n-), from sancire ‘ratify,’) can mean ‘give official permission or approval for (an action)’ or conversely, ‘impose a penalty on.’ *2. Oversight is the noun form of two verbs with contrary meanings, “oversee” and “overlook.”