George Lakoff. George P. Lakoff (/ˈleɪkɒf/, born May 24, 1941) is an American cognitive linguist, best known for his thesis that lives of individuals are significantly influenced by the central metaphors they use to explain complex phenomena. The more general theory that elaborated his thesis is known as embodied mind. He is professor of linguistics at the University of California, Berkeley, where he has taught since 1972. Work[edit] [edit] Although some of Lakoff's research involves questions traditionally pursued by linguists, such as the conditions under which a certain linguistic construction is grammatically viable, he is most famous for his reappraisal of the role that metaphors play in socio-political lives of humans. Metaphor has been seen within the Western scientific tradition as purely a linguistic construction. He suggested that: "Our ordinary conceptual system, in terms of which we both think and act, is fundamentally metaphorical in nature. 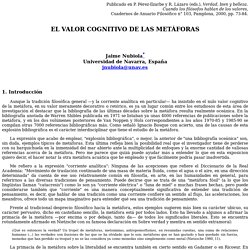 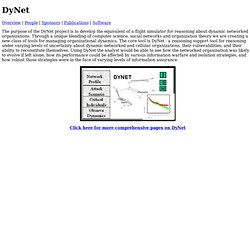 Through a unique blending of computer science, social networks and organization theory we are creating a new class of tools for managing organizational dynamics. The core tool is DyNet - a reasoning support tool for reasoning under varying levels of uncertainty about dynamic networked and cellular organizations, their vulnerabilities, and their ability to reconstitute themselves. ResearchCyc. Cycorp is pleased to offer the Cyc software and knowledgebase at no cost to the research community. 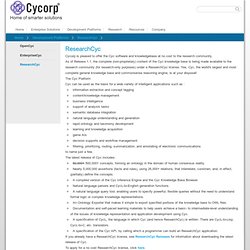 As of Release 1.1, the complete (non-proprietary) content of the Cyc knowledge base is being made available to the research community (for research-only purposes) under a ResearchCyc license. Yes, Cyc, the world's largest and most complete general knowledge base and commonsense reasoning engine, is at your disposal! The Cyc Platform. Turchin, P.: Historical Dynamics: Why States Rise and Fall. Many historical processes are dynamic. 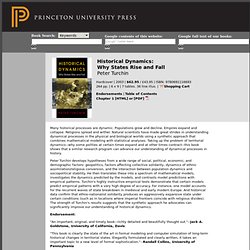 Populations grow and decline. Empires expand and collapse. Religions spread and wither. Natural scientists have made great strides in understanding dynamical processes in the physical and biological worlds using a synthetic approach that combines mathematical modeling with statistical analyses. Taking up the problem of territorial dynamics--why some polities at certain times expand and at other times contract--this book shows that a similar research program can advance our understanding of dynamical processes in history. Peter Turchin develops hypotheses from a wide range of social, political, economic, and demographic factors: geopolitics, factors affecting collective solidarity, dynamics of ethnic assimilation/religious conversion, and the interaction between population dynamics and sociopolitical stability. 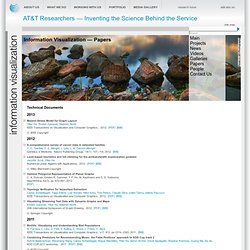 [PDF] [BIB] IEEE Copyright This version of the work is reprinted here with permission of IEEE for your personal use. Not for redistribution. The definitive version was published in 2012 , 2012-09-30. Visualizing the ‘Power Struggle’ in Wikipedia : A Beautiful WWW. A new visualization Bruce Herr and I recently completed is being featured in this week’s New Scientist Magazine (the article is free online, minus the viz). 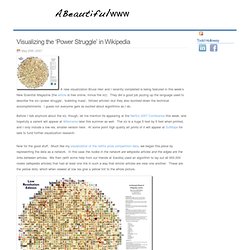 They did a good job jazzing up the language used to describe the viz–’power struggle’, ‘bubbling mass’, ‘blitzed articles’–but they also dumbed down the technical accomplishments. I guess not everyone gets as excited about algorithms as I do. Before I talk anymore about the viz, though, let me mention its appearing at the NetSci 2007 Conference this week, and hopefully a varient will appear at Wikimania later this summer as well.

The viz is a huge 5 feet by 5 feet when printed, and I only include a low res, smaller version here. At some point high quality art prints of it will appear at SciMaps for sale to fund further visualization research. Now for the good stuff. The sizes of the nodes (circles, dots, whatever you want to call them), are based on a model of revision activity. Top 20 Most Hotly Revised Articles. Some Information Visualization Resources on the Web. Graphics and Web Design Based on Edward Tufte's Principles. Narratives - QED. From QED < MG(Link to this page as MG/Narratives) Globalization involves movement—of people, goods, cultures, etc. 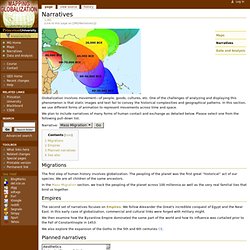 One of the challenges of analyzing and displaying this phenomenon is that static images and text fail to convey the historical complexities and geographical patterns. In this section, we use different forms of animation to represent movements across time and space. We plan to include narratives of many forms of human contact and exchange as detailed below. Migrations The first step of human history involves globalization. Information Visualization - Table of Contents. BAILANDO Project: Publications. Faz, revista de diseño de interacción. Visual Analytics Digital Library Taxonomy: Visualization Domains.