GODS Remastered on Steam. Temtem. The Elder Scrolls® THE WITCHER 3: WILD HUNT. Save 75% on Jotun: Valhalla Edition on Steam. About This Game Impress the Gods! 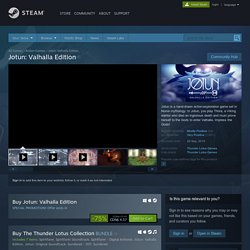 Jotun is a hand-drawn action-exploration game set in Norse mythology.In Jotun, you play Thora, a Viking warrior who died an inglorious death and must prove herself to the Gods to enter Valhalla.Explore vast regions of Norse Purgatory to find runes to unleash the jotun, giant Norse elementals. Play For Free. Black and White 2: Battle of the Gods. Kodety. GWENT: The Witcher Card Game. Dioses del olimpo. Battle of Gods-Apocalypse - Apps en Google Play. Get yourself ready to battle with 40+ 3D Gods! 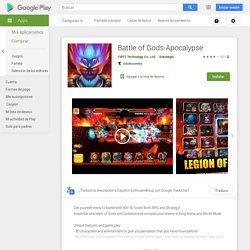 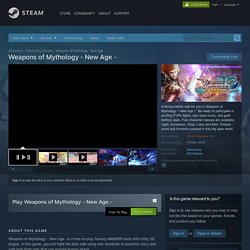 In this game, you will fight the dark side using over hundreds of powerful relics and with help from pets that can acquire human shape. Set during the period of Chu Han Contention, the game focuses on two rival sects: The Zhan and the Jie, serving different kings, and fighting for the ultimate ancient Relic. Meanwhile, the evil Morkans seize the opportunity and rise from the underworld to cause havoc across the land. Sorgina: A Tale of Witches on Steam. About This Game It's a family friendly, puzzle solving and platforming adventure.Join a young witch apprentice in her quest against the lord of darkness and help her dispel the shadows from the witches’ kingdom. 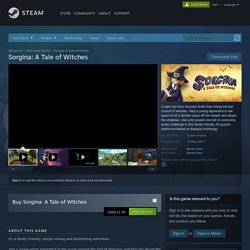 Sharpen your wit and use her magic powers to overcome every obstacle and solve every puzzle on the way to completing her mission. Based on different legends and myths of the Basque Country, our heroine will travel across locations based on real landmarks and will meet different characters from local folklore. Mari, mother earth and queen of nature, Basajaun, the noble guardian of the forest, and many more. Key features: Family friendly puzzles and adventures. Age of Mythology: Extended Edition on Steam. About This Game Age of Mythology The classic real time strategy game that transports players to a time when heroes did battle with monsters of legend and the gods intervened in the affairs of mortals.Use mythological creatures like Minotaurs and Cyclopes to bolster your armies' strength. 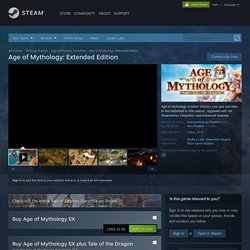 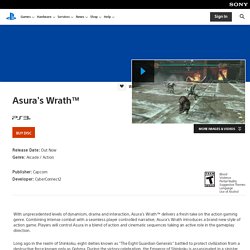 Combining intense combat with a seamless player controlled narrative; Asura’s Wrath introduces a brand new style of action game. Players will control Asura in a blend of action and cinematic sequences taking an active role in the gameplay direction. Long ago in the realm of Shinkoku, eight deities known as “The Eight Guardian Generals” battled to protect civilization from a destructive force known only as Gohma. During the victory celebration, the Emperor of Shinkoku is assassinated in a sinister plot and the blame is placed on Asura. In themiddle of the commotion, Asura’s wife is also murdered and his daughter kidnapped. Asura’s Wrath finds Asura facing off against numerous distinct enemies, including planetary sized bosses. Spartan: Total Warrior. Famosos entre los jugadores de PC por su insuperable serie Total War, The Creative Assembly hace su debut en PlayStation 2 con Spartan: Total Warrior. 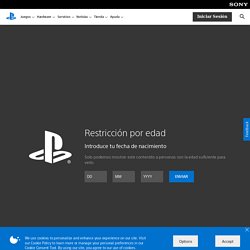 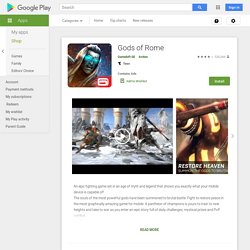 The souls of the most powerful gods have been summoned to brutal battle. Fight to restore peace in the most graphically amazing game for mobile. A pantheon of champions is yours to train to new heights and take to war as you enter an epic story full of daily challenges, mystical prizes and PvP combat.◆ STUNNING NEXT-GEN 3D GRAPHICS & ARTGods of Rome pushes the limits of the mobile platform by offering the best 3D graphics possible on a mobile device.◆ INTUITIVE TAP & SWIPE CONTROLSEnjoy an experience tailored to the mobile platform – the entire screen is at your disposal, with fluid Tap & Swipe controls that deliver merciless chain attacks and combos! Save 20% on Fight of Gods on Steam. Horizon Zero Dawn™ Bound Forest Alpha. Willy Morgan and the Curse of Bone Town. Tomb Raider: Underworld on Steam. 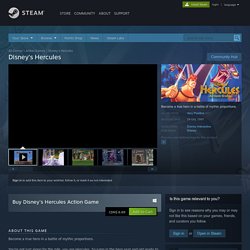 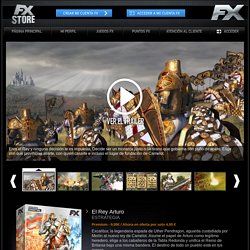 Recluta al valeroso Lancelot o, si lo prefieres, al malvado Mordred. Brawlhalla on Steam. Brawlhalla: History's greatest warriors brawl to prove who's the best in an epic test of strength and skill. These slugfests are salted with powerful weapons and gadgets. Every weapon you pick up changes your style of playBrawlhalla is a free 2D platform fighting game that supports up to 8 local or online players with full cross-play for PC, Xbox One, PS4, Nintendo Switch, iOS, and Android!

Mitos y Leyendas en Steam. About This Game Myths & Legends Online With over 17 years on the market, the real-life Trading Card Game Mitos y Leyendas has been a solid alternative to play with friends. Gameplay In simple steps:Select a Demo DeckWait for another player to join youPlay your cardsDestroy their CastleCurrently with 260 unique cards in just a few (for now) Demo Decks, you can play with anyone else connected in real time.Careful with what damage you choose to take, because your Castle is your deck; each point of damage you take is a card that goes straight to your Graveyard.

Features 260 cards at the moment, with more than 6000 in development (see IRL cards).4 Demo Decks for you to try a small portion of the archetypes you will be able to play in M&L.Build your own deck and strategy. Card Types Allies are warrior cards used to defend your Castle-Deck or to attack your opponent's Castle.