101 Futuristic Eco-Friendly Vehicles. By: Andrew Sztein - Published: Jan 27, 2013 Design meets green in these awesome futuristic eco-friendly vehicles, many of which are coming soon to highways, bike paths, air strips and dirt roads near you. 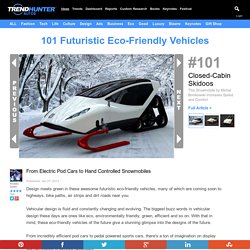 Vehicular design is fluid and constantly changing and evolving. The biggest buzz words in vehicular design these days are ones like eco, environmentally friendly, green, efficient and so on. With that in mind, these eco-friendly vehicles of the future give a stunning glimpse into the designs of the future. From incredibly efficient pod cars to pedal powered sports cars, there's a ton of imagination on display from these designers. With these eco-friendly vehicles on the horizon, the future looks very green for both the environment and these designers' wallets. BIONIC BOOT. Continue Reading No Comments Continue Reading No Comments Make magazine article Makezine Cover Continue Reading No Comments Screen Shot 2013-12-18 at 7.03.37 PM, a photo by bionicboot on Flickr. 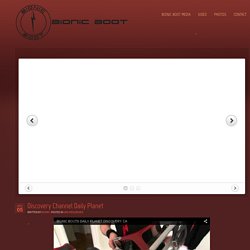 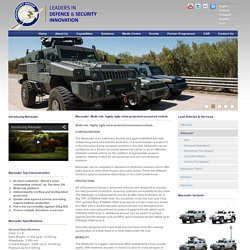 The Marauder is an extremely flexible and agile battlefield tool with outstanding mine and ballistic protection. It accommodates a crew of 2 in the front plus 8 fully equipped soldiers in the rear. Marauder can be configured as a simple armoured personnel carrier or as an effective wheeled combat vehicle by the addition of appropriate weapon systems, making it ideal for conventional and non-conventional missions. Marauder can be supplied in standard or stretched versions which offer extra space to carry more troops, and extra stores. There are different driveline options available depending on the client preference. IO HAWK - Intelligent Personal Mobility Device. 3 Wheel Motorcycle - Reverse Trike. R1 / Main. The Future Is Here!...sort of (Pt. 1): Hover Cars. What if I were to tell you that hover cars already exist? 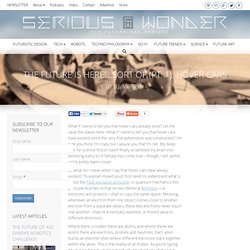 Let me raise the stakes here: What if I were to tell you that hover cars have existed since the very first automobile was constructed? I’m sure you think I’m crazy, but I assure you that I’m not. My deep love for science fiction hasn’t finally scrambled my brain into believing every sci-fi fantasy has come true—though, I will admit, we’re pretty damn close! So what do I mean when I say that hover cars have always existed? To explain myself you’ll first need to understand what is called the Pauli exclusion principle. Where there is matter there are atoms, and where there are atoms there are electrons, protons and neutrons. But if the electrons within the keys of my keyboard and the electrons within my fingertips aren’t actually touching one another, how can I feel the keys?

Which then brings us to…*sound of dramatic cliché*…cars! Photo Credit: Rochester Institute of Technology About the author B.J. It crawls through the fax. Introducing the Walmart Advanced Vehicle Experience concept truck. Mecanum wheel. A Mecanum wheel made by a FIRST Team A wheelchair using Mecanum wheels URANUS omni-directional mobile robot The Mecanum wheel is one design for a wheel which can move a vehicle in any direction. 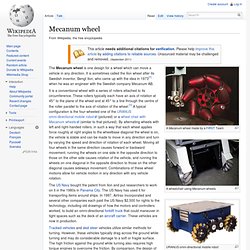 It is sometimes called the Ilon wheel after its Swedish inventor, Bengt Ilon, who came up with the idea in 1973[1] when he was an engineer with the Swedish company Mecanum AB. It is a conventional wheel with a series of rollers attached to its circumference. The US Navy bought the patent from Ilon and put researchers to work on it in the 1980s in Panama City. Omni directional, Airtrax Home. AKA24 by Chuang Dong & Team, China. 2014: Driven | Undriven. 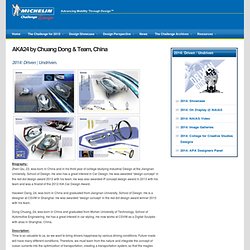 Biography: Zhen Qiu, 23, was born in China and in his third year of college studying Industrial Design at the Jiangnan University, School of Design. He also has a great interest in Car Design. He was awarded “design concept’ in the red dot design award 2012 with his team, He was also awarded iF concept design award in 2013 with his team and was a finalist of the 2012 KIA Car Design Award. Porsche's First Car Built in 1898 Was Electric! When Porsche fans think back to the history of the brand that is responsible for the iconic 911, most of us think the brand came to life in 1948 and in many ways it did. 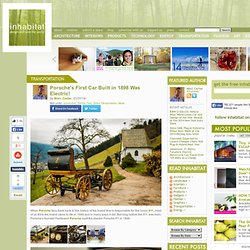 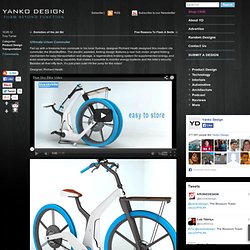