Macbeth: His Clothes. Macbeth's Clothes The Thane of Cawdor lives; why do you dress me / In borrow'd robes? 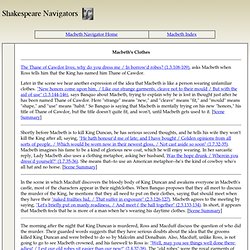 (1.3.108-109), asks Macbeth when Ross tells him that the King has named him Thane of Cawdor. Later in the scene we hear another expression of the idea that Macbeth is like a person wearing unfamiliar clothes. "New honors come upon him, / Like our strange garments, cleave not to their mould / But with the aid of use" (1.3.144-146), says Banquo about Macbeth, trying to explain why he is lost in thought just after he has been named Thane of Cawdor. 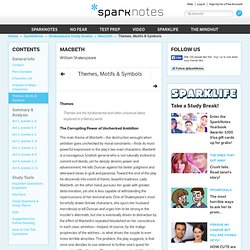 The Corrupting Power of Unchecked Ambition The main theme of Macbeth—the destruction wrought when ambition goes unchecked by moral constraints—finds its most powerful expression in the play’s two main characters. Studymacbeth.wikispaces. Get your brand new Wikispaces Classroom now and do "back to school" in style. guest Join | Help | Sign In StudyMacbeth Home guest| Join | Help | Sign In Turn off "Getting Started" 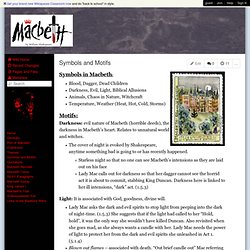