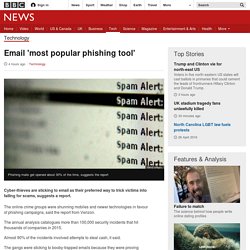 Tomorrow's Buildings: Help! My building has been hacked. Image copyright Thinkstock In 2013, Google - one of the world's pre-eminent tech companies - was hacked. 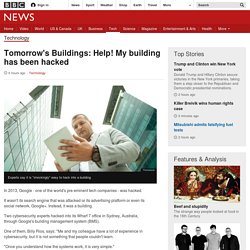 It wasn't its search engine that was attacked or its advertising platform or even its social network, Google+. Instead, it was a building. Two cybersecurity experts hacked into its Wharf 7 office in Sydney, Australia, through Google's building management system (BMS). FBI warns on risks of car hacking.

Image copyright Thinkstock The FBI and the US National Highway Traffic Safety Administration have added their voices to growing concerns about the risk of cars being hacked. 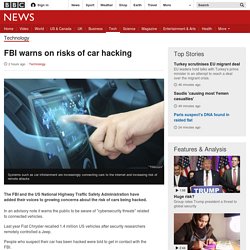 In an advisory note it warns the public to be aware of "cybersecurity threats" related to connected vehicles. Last year Fiat Chrysler recalled 1.4 million US vehicles after security researchers remotely controlled a Jeep. Learn to Hack. Want Safer Passwords? Don’t Change Them So Often. Hollywood hospital pays ransom to hackers. Image copyright HPMC A Los Angeles hospital has paid $17,000 (£11,800) to hackers after its computer systems were taken offline by ransomware. 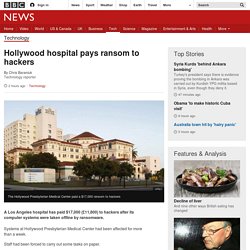 Systems at Hollywood Presbyterian Medical Center had been affected for more than a week. Staff had been forced to carry out some tasks on paper. However, the hospital's chief executive Allen Stefanek, said that the incident had not affected the delivery or quality of patient care. Gmail Now Warns Users When They Send And Receive Email Over Unsecured Connections. Google is marking Safer Internet Day, which falls today, by introducing new authentication features to Gmail to help better identify emails that could prove to be harmful or are not fully secure. 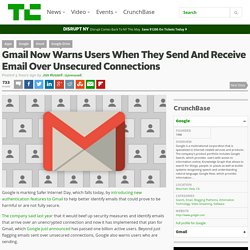 The company said last year that it would beef up security measures and identify emails that arrive over an unencrypted connection and now it has implemented that plan for Gmail, which Google just announced has passed one billion active users. Beyond just flagging emails sent over unsecured connections, Google also warns users who are sending. Gmail on the web will alert users when they are sending email to a recipient whose account is not encrypted with a little open lock in the top-right corner. That same lock will appear if you receive an email from an account that is not encrypted. Encryption is important for email because it lowers the possibility that a message might be hijacked by a third-party. Internet providers want to know more about you than Google does, privacy groups say. Most of us know, at least in the abstract, that Google and Facebook are tracking our every move online. 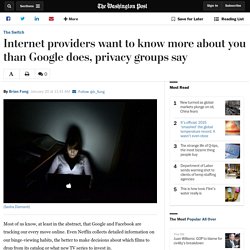 Even Netflix collects detailed information on our binge-viewing habits, the better to make decisions about which films to drop from its catalog or what new TV series to invest in. Who really owns your Internet of Things data? In an Internet of Things future, everything from your toothbrush to your car could be collecting data on you -- about your personal habits as well as the way your business works. 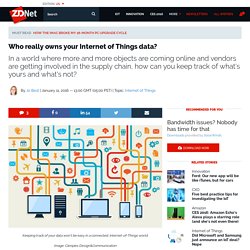 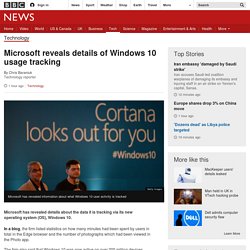 In a blog, the firm listed statistics on how many minutes had been spent by users in total in the Edge browser and the number of photographs which had been viewed in the Photo app. The firm also said that Windows 10 was now active on over 200 million devices. However, some people have questioned whether the data tracking is a threat to privacy. Since Windows 10 was launched, Microsoft has been tracking information about how those with the OS are using it. Until now though, relatively little has been known about what data is being collected. Minutes tracked. Facebook security warning over expiring algorithm. Image copyright PA. 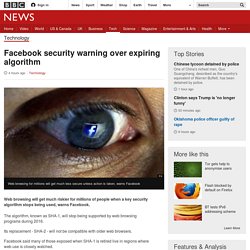 NSA ends bulk phone data collection. Why the CIA wanting encryption backdoors is a failure of leadership, not intelligence. It took about three days for the CIA director and former intelligence officials to reignite the debate over the use of encryption, with some speculating that it may have been the reason why French and other Western intelligence agencies were unable to prevent the Paris attack earlier this month. 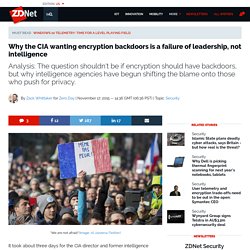 The attack, the greatest assault on French soil the end of World War II, left 129 dead and hundreds injured. European Parliament Urges Protection for Edward Snowden. BRUSSELS — The narrowly adopted a nonbinding but nonetheless forceful resolution on Thursday urging the 28 nations of the European Union to recognize Edward J. Snowden as a “whistle-blower and international human rights defender” and to shield him from prosecution. On Twitter, Mr. Snowden, the former National Security Agency contractor who leaked millions of documents about electronic surveillance by the American government, called the vote a “game-changer.” But the resolution has no legal force and limited practical effect for Mr. Apple tells US judge iPhones are 'impossible' to unlock - BBC News.

Image copyright Thinkstock Apple has said that encrypted data on newer iPhones can't be accessed, even by Apple, though the firm could in theory help police unlock older phones. The comments came in a briefing filed on Monday to a US judge who asked for Apple's input in a case. German police warn parents over Facebook pictures of children - BBC News. Image copyright Hagen Police A German police force has warned parents against posting photographs of their children to Facebook publicly. The pictures could be copied and altered by paedophiles or simply prove embarrassing to the children in later life, Hagen Police said, in a message on their own Facebook page.

Parents were advised to ensure that privacy settings allowed only their Facebook friends to view the photos. WikiLeaks: ISPs to hand over copyright infringer details under TPP. The Trans-Pacific Partnership (TPP) will force internet service providers (ISPs) to give up the details of copyright infringers so that rights holders can protect and enforce their copyright through criminal and civil means with few limitations, according to the intellectual property chapter released by WikiLeaks over the weekend.

Hackers Remotely Kill a Jeep on the Highway—With Me in It. Edward Snowden: The World Says No to Surveillance. Photo MOSCOW — TWO years ago today, three journalists and I worked nervously in a Hong Kong hotel room, waiting to see how the world would react to the revelation that the National Security Agency had been making records of nearly every phone call in the United States. Apple boss Tim Cook hits out at Facebook and Google - BBC News. Last Week Tonight with John Oliver: Government Surveillance (HBO) - Edward Snowden. House committee approves bill to end NSA phone records program. A U.S. Congress committee has overwhelmingly approved legislation designed to stop the bulk collection of U.S. phone records by the National Security Agency.

The 25-2 vote in the House of Representatives Judiciary Committee sends the USA Freedom Act to the House floor for a vote. The two votes against the bill came from lawmakers who had argued for stronger protections for civil liberties. The legislation is a stronger version of a similar bill that passed the House last May but stalled in the Senate, sponsors said. Have You Heard About the ‘Creepy’ New Barbie Doll That Can Record Your Conversations? Destroying your hard drive is the only way to stop the super-advanced Equation malware. Not in front of the telly: Warning over 'listening' TV.

How to eradicate Google from Firefox. Computers 'judge personality better than friends. Obama to beef up laws on privacy and data breaches. Facebook must face lawsuit over scanning of users' messages: judge. NSA Reports It May Have Broken Laws With Decade of Spying on U.S. Citizens. Privacy and Safety. Public Perceptions of Privacy and Security in the Post-Snowden Era. Jeans made that will prevent 'digital pickpocketing' Facebook offers solution to end drunken posts. When an online service is free, you're not the customer. You're the product. New, Free Certificate Authority to Dramatically Increase Encrypted Internet Traffic.