Will the Real Nanotech Please Stand Up? The grand ballroom of the boston Marriott had been packed with a standingroom-only crowd of several thousand materials scientists eager to hear Richard Smalley’s evening plenary talk on “new devices and materials from carbon.” 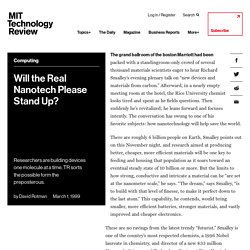 Afterward, in a nearly empty meeting room at the hotel, the Rice University chemist looks tired and spent as he fields questions. Then suddenly he’s revitalized; he leans forward and focuses intently. The conversation has swung to one of his favorite subjects: how nanotechnology will help save the world. There are roughly 6 billion people on Earth, Smalley points out on this November night, and research aimed at producing better, cheaper, more efficient materials will be one key to feeding and housing that population as it soars toward an eventual steady state of 10 billion or more.

Graphene. Scientists make "Impossible Material" ... by accident. In an effort to create a more viable material for drug delivery, a team of researchers has accidentally created an entirely new material thought for more than 100 years to be impossible to make. 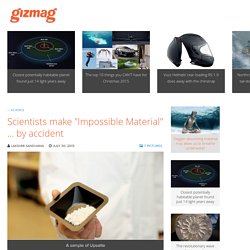 Math matters: how big data is building the future of everything. New materials lead to new innovations. 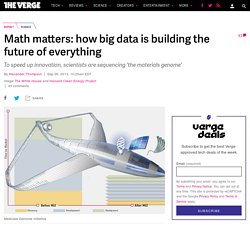 Gorilla Glass is a big selling point for smartphones. Kevlar saves lives and has worked its way into consumer products. Lithium-ion batteries have enabled a host of energy-storage applications, from planes to cars to computers. But there's a problem. Actually creating a new, game-changing material is a glacially slow process — especially when compared to the rate at which new products relying on those materials hit the market. An attempt to gain a deeper understanding of how the elements interact In an effort to overcome this innovation bottleneck, the White House two years ago announced the Materials Genome Initiative. 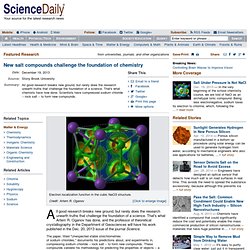 That's what Artem R. Oganov has done, and the professor of theoretical crystallography in the Department of Geosciences will have his work published in the Dec. 20, 2013 issue of the journal Science. The paper, titled "Unexpected stable stoichiometries of sodium chlorides," documents his predictions about, and experiments in, compressing sodium chloride -- rock salt -- to form new compounds.

From solar panels to batteries, algorithms are becoming key to designing new materials. In the future, materials that could make a super efficient solar panel or a breakthrough battery probably won’t be discovered by a smart human scientist. 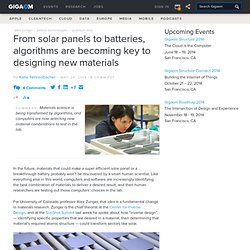 Like everything else in this world, computers and software are increasingly identifying the best combination of materials to deliver a desired result, and then human researchers are testing out those computers’ choices in the lab. For University of Colorado professor Alex Zunger, that idea is a fundamental change in materials research. Ultra Ever Dry. Watch This Insanely Slippery Non-Stick Coating Get Every Last Bit Out Of Jars Of Moisturizer, Mayo, And Even Glue. Consumers expend a remarkable amount of energy (and muscle) interacting with household goods. 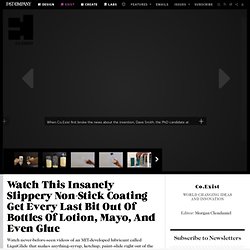 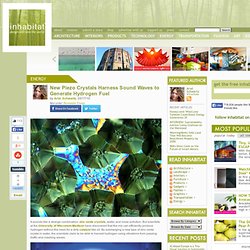 But scientists at the University of Wisconsin-Madison have discovered that the mix can efficiently produce hydrogen without the need for a dirty catalyst like oil. By submerging a new type of zinc oxide crystal in water, the scientists claim to be able to harvest hydrogen using vibrations from passing traffic and crashing waves. To generate the clean hydrogen, researchers produced zinc oxide crystals that absorb vibrations when placed in water. The vibrations cause the crystals to develop areas with strong positive and negative charges–a reaction that rips the surrounding water molecules and releases hydrogen and oxygen. 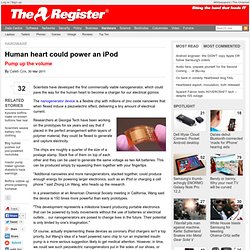 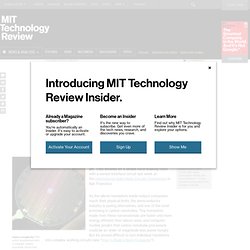 They showed off a simple hand-shaking robot with a sensor-interface circuit last week at the International Solid-State Circuits Conference in San Francisco. Zinc Oxide Nanowires Transistors Can Be Sophisticated Pressure Sensors. Physicists Discover World's First Naturally-Occurring Topological Insulator. Topological insulators are one of the more exciting new materials in science. 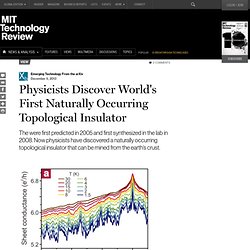 For Autodesk, a Step Into a Nanoscale World. “Project Cyborg” offers services like molecular modeling and simulation. Autodesk, a quirky software start-up in Marin County, north of San Francisco, rose to prominence in the early 1980s because of AutoCAD, its computer-aided design program that was intended for use on personal computers. Over the next decade, AutoCAD became the standard design tool for architects and engineers. This week at the TED conference in Long Beach, Calif., the company will take the first public step toward translating its computer design approach, which has since spilled over from Hollywood to the Maker movement, into the emerging nanoscale world of synthetic biology and materials.

For the last two years, a small group of software engineers and molecular biologists have been developing a software system for designing at the molecular level at the company’s research laboratory in downtown San Francisco. Solar cell, heal thyself. Plants are good at doing what scientists and engineers have been struggling to do for decades: converting sunlight into stored energy, and doing so reliably day after day, year after year. Now some MIT scientists have succeeded in mimicking a key aspect of that process. Ray Kurzweil and Robert Freitas discuss nanotechnology.