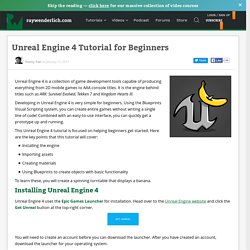 It is the engine behind titles such as ARK: Survival Evolved, Tekken 7 and Kingdom Hearts III. Developing in Unreal Engine 4 is very simple for beginners. Using the Blueprints Visual Scripting system, you can create entire games without writing a single line of code! NVIDIA Developer. NVIDIA® Nsight™ Visual Studio Edition is an application development environment for heterogeneous platforms which brings GPU computing into Microsoft Visual Studio. 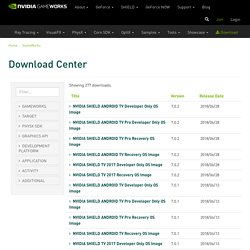 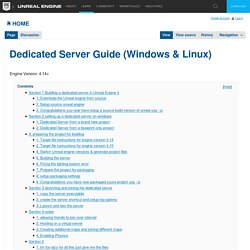 I’m going to cover the steps I took to build a Windows executable of a dedicated server for an existing project. 1. Download the Unreal engine from source You’ll need a source-built version of the engine in order to build using the server solution configurations in Visual Studio. To build the engine from source go to Note: to see the content of the link above you need first to create a github account and associate it to your epicgames account, then accept the invite of epicgames on GitHub. Next select engine version and click the green clone/download button there are several options but i always prefer to just download as zip file extract and unzip the zip file to a location of youre choice.

Unreal Tournament 4 (pre-alpha) – Linux CentOS 7.x – Basic Server Guide (ESXi VPS) DISCLAIMER: I don’t have time to support UT’ers all the time, so please take this info as “AT YOUR OWN RISK”. 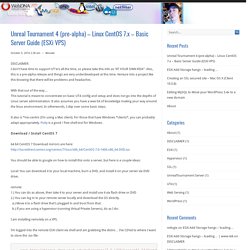 Also, this is a pre-alpha release and things are very underdeveloped at this time. Venture into a project like this knowing that there will be problems and headaches. With that out of the way… This tutorial is meant to concentrate on basic UT4 config and setup and does not go into the depths of Linux server administration. It also assumes you have a wee bit of knowledge making your way around the linux environment. 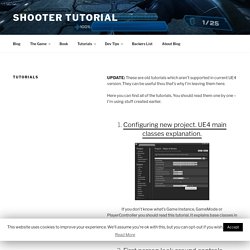 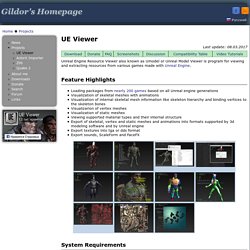 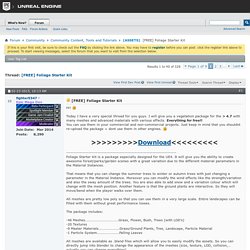 Today I have a very special thread for you guys. I will give you a vegetation package for the > 4.7 with many meshes and advanced materials with various effects. Download 3D models, blueprints and other - Evermotion. Unreal Engine 4 - Créer un menu principal. Virtus Education Publié le 16 septembre 2016. 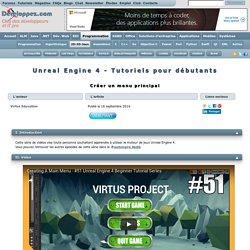 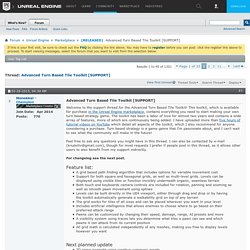 Franzen: It's great to hear that you got it running on iphone! I had hoped I had made it efficient enough that it would work, and it's great to hear that it does. I'm still working on some major optimizations for weaker hardware before I officially declare mobile support, though.There aren't really a game mode or controllers per say, but almost everything is handled through the event graph of the BP_Grid_Manager, except for camera control in BP_Grid_Camera and some minor construction script functions in the unit and tile parent classes. 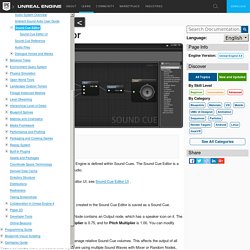 The Sound Cue Editor is a node-based editor that is used to work with audio. For more information about the Sound Cue Editor UI, see Sound Cue Editor UI . Sound Cue The audio output of the combination of nodes created in the Sound Cue Editor is saved as a Sound Cue. By default, every Sound Cue's Audio Graph Node contains an Output node, which has a speaker icon on it. The volume and pitch settings are used to manage relative Sound Cue volumes. 1,000,000 Stupid Questions for UE4 Developers. My dumpster of random questions and answers for UE4. Let’s say you have a blueprint and you want to get access to the particle system and the audio file sub-components. What do you do? Here’s what I’ve been doing.