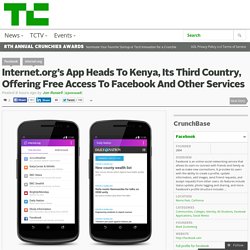 The service launched in its first market (Zambia) at the end of July, came to Tanzania two weeks ago, and will now go live in a third country — Kenya — this week. Photojournalism Series Documents the Diversity of LGBTQ Youth. Even as the LGBTQ community becomes more visible, breaking stereotypes and educating the general public still remains an uphill battle. 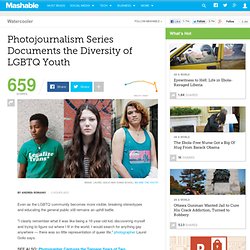 5 Ways to Find Jobs at Companies Focused on Social Good. According to a 2014 international survey by Deloitte, 50% of millennials want to work for a business with ethical practices. 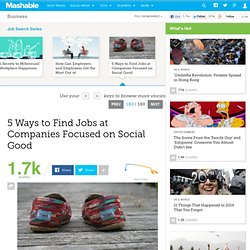 Mashable. How Are Millennials Coping With Cancer? Cancer is a complex and harrowing disease that affects people of all age groups — both patients and their loved ones. 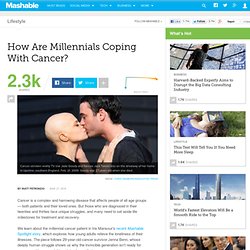 But those who are diagnosed in their twenties and thirties face unique struggles, and many need to set aside life milestones for treatment and recovery. We learn about the millennial cancer patient in Iris Mansour's recent Mashable Spotlight story, which explores how young adults relieve the loneliness of their illnesses. The piece follows 29-year-old cancer survivor Jenna Benn, whose deeply human struggle shows us why the invincible generation isn't ready for cancer, and how we might work to change that.

On Friday, March 28, at 1:30 p.m. ET, Mashable will host a Twitter chat on our @MashLifestyle account to discuss some of the biggest questions associated with millennials and cancer: Why is it different for young adults? Join us on Twitter at 1:30 p.m. How Sevenly Became America's Most Social Small Business. This month, Mashable announced Sevenly as the winner of America's Most Social Small Business. 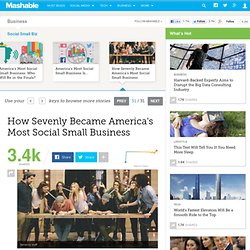 The three-year-old social good apparel company has gone from a closet office with four employees to a 33-person operation that's raised more than $3 million for charities around the world. Read on to learn how Sevenly harnessed the power of social media to change the way people think about — and wear — charity. Sevenly co-founder Aaron Chavez isn’t your typical entrepreneur. At the age of 17, Chavez paid for part of his junior college by creating a social media consulting business — one that eventually paid him a six-figure salary.

Using YouTube for Social Good: The 2014 DoGooder Award Winners. YouTube officially announced the winners of the 2014 DoGooder Video Awards last week, recognizing the most creative and inspiring videos from non-profits and individuals over the past year. 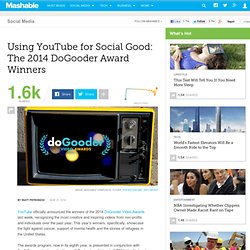 This year's winners, specifically, showcase the fight against cancer, support of mental health and the stories of refugees in the United States. The awards program, now in its eighth year, is presented in conjunction with See3 Communications, the Nonprofit Technology Network (NTEN), the National Youth Media Network and the National Alliance for Media and Culture. Police Turn to Social Media to Fight Crime, Dispel Rumors. Lieutenant Chris Bolton of the Oakland Police Department was skeptical of social media in 2011. 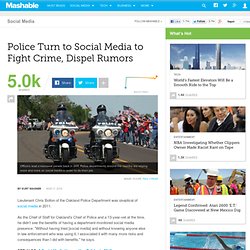 As the Chief of Staff for Oakland's Chief of Police and a 13-year-vet at the time, he didn't see the benefits of having a department-monitored social media presence. "Without having tried [social media] and without knowing anyone else in law enforcement who was using it, I associated it with many more risks and consequences than I did with benefits," he says. That was Bolton's mindset until April 2, 2012, when 43-year-old One Goh entered Oikos University, a Korean Christian college in Oakland, Calif. Sheryl Sandberg Teams Up With Beyonce to Ban 'Bossy' Sheryl Sandberg has long criticized the use the of the word "bossy" to describe young girls who are assertive. 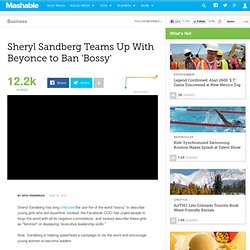 Instead, the Facebook COO has urged people to forgo the word with all its negative connotations, and instead describe these girls as "feminist" or displaying "executive leadership skills. " Now, Sandberg is helping spearhead a campaign to nix the word and encourage young women to become leaders. LeanIn.org, a non-profit organization founded by Sandberg, has partnered with the Girl Scouts on the Ban Bossy campaign. It includes a dedicated website filled with stories and quotes from prominent women and a social media campaign for sharing facts and tips tied to the hashtag #banbossy. 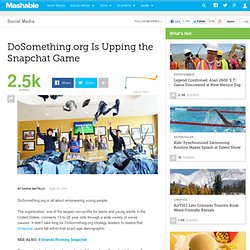 The organization, one of the largest non-profits for teens and young adults in the United States, connects 13-to-25 year olds through a wide variety of social causes. It didn’t take long for DoSomething.org strategy leaders to realize that Snapchat users fall within that exact age demographic. The organization has since focused on building a strong Snapchat following. By creating charismatic Snapchat stories, DoSomething.org has been able to connect to their followers in an entirely new way. We sat down with two of its team members, Colleen Wormsley and Bryce Mathias, to discuss their Snapchat journey.