Secretum Secretorum. Two charts for determining whether a person will live or die based on the numerical value of the patient's name. 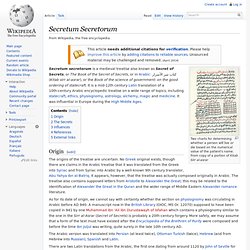 From copy of a portion of Kitab Sirr al-asrar Origin[edit] The origins of the treatise are uncertain. No Greek original exists, though there are claims in the Arabic treatise that it was translated from the Greek into Syriac and from Syriac into Arabic by a well-known 9th century translator, Abu Yahya Ibn al-Batriq. It appears, however, that the treatise was actually composed originally in Arabic. As for its date of origin, we cannot say with certainty whether the section on physiognomy was circulating in Arabic before AD 940: A manuscript now in the British Library (OIOC, MS Or. 12070) supposed to have been copied in 941 by one Muhammad ibn ‘Ali ibn Durustawayh of Isfahan which contains a physiognomy similar to the one in the Sirr al-Asrar (Secret of Secrets) is probably a 20th-century forgery. 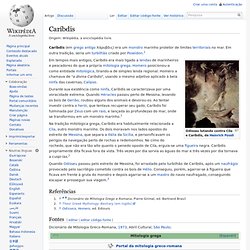 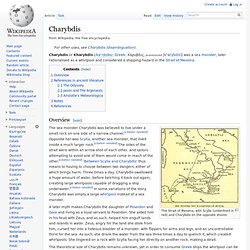 Overview[edit] Historia. Sacred Band of Thebes. Formation[edit] And if there were only some way of contriving that a state or an army should be made up of lovers and their beloved, they would be the very best governors of their own city, abstaining from all dishonour, and emulating one another in honour; and when fighting at each other's side, although a mere handful, they would overcome the world. 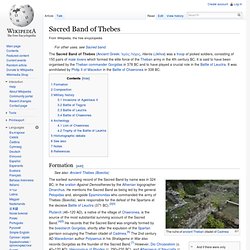 For what lover would not choose rather to be seen by all mankind than by his beloved, either when abandoning his post or throwing away his arms? He would be ready to die a thousand deaths rather than endure this. Sacred Band of Carthage. The Sacred Band of Carthage is the name used by Greek historians to refer to an infantry unit of Carthaginian foot citizens that served in Carthaginian armies during the fourth century BC. 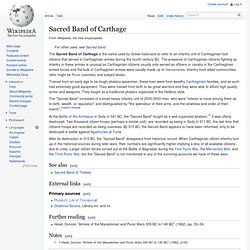 The presence of Carthaginian citizens fighting as infantry in these armies is unusual as Carthaginian citizens usually only served as officers or cavalry in the Carthaginian armed forces and the bulk of Carthaginian armies were usually made up of mercenaries, infantry from allied communities (who might be Punic colonists) and subject levies. Trained from an early age to be tough phalanx spearmen, these men were from wealthy Carthaginian families, and as such had extremely good equipment. They were trained from birth to be great warriors and they were able to afford high quality armor and weapons. Siege of Malta (1565) The Great Siege of Malta took place in 1565 when the Ottoman Empire invaded the island of Malta, then held by the Knights Hospitaller. 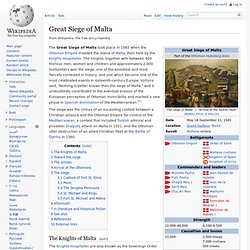 The Knights, together with between 400 Maltese men, women and children and approximately 2,000 footsoldiers won the siege, one of the bloodiest and most fiercely contested in history, and one which became one of the most celebrated events in sixteenth-century Europe. Voltaire said, "Nothing is better known than the siege of Malta," and it undoubtedly contributed to the eventual erosion of the European perception of Ottoman invincibility and marked a new phase in Spanish domination of the Mediterranean.[1] Dice Control - Fact or Fiction. No matter how many ways you analyze it, the game of craps is a game of pure chance. 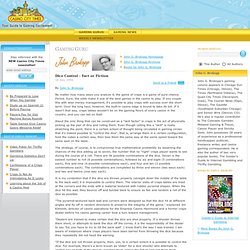 Period. Sure, the odds make it one of the best games in the casino to play. If you couple this with wise money management, it's possible to play craps with success over the short term. Over the long haul, however, the built-in casino edge is bound to take its toll. If it wasn't that way, craps tables wouldn't be on the gaming floors of every casino in the country…and you can bet on that! 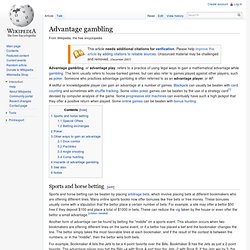 The term usually refers to house-banked games, but can also refer to games played against other players, such as poker. Someone who practices advantage gambling is often referred to as an advantage player, or AP. A skillful or knowledgeable player can gain an advantage at a number of games. Blackjack can usually be beaten with card counting and sometimes with shuffle tracking. Some video poker games can be beaten by the use of a strategy card[1] devised by computer analysis of the game. Sports and horse betting[edit] Sports and horse betting can be beaten by placing arbitrage bets, which involve placing bets at different bookmakers who are offering different lines.