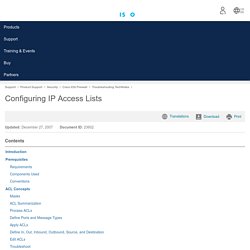 It also contains brief descriptions of the IP ACL types, feature availability, and an example of use in a network. Access the Software Advisor (registered customers only) tool in order to determine the support of some of the more advanced Cisco IOS® IP ACL features. contains assigned numbers of well-known ports. RFC 1918 contains address allocation for private Internets, IP addresses which should not normally be seen on the Internet. IOS VPN(Router): Add a New L2L Tunnel or Remote Access to an Existing L2L VPN. Introduction This document provides the steps required to add a new L2L VPN tunnel or a remote access VPN to a L2L VPN configuration that already exists in an IOS router. 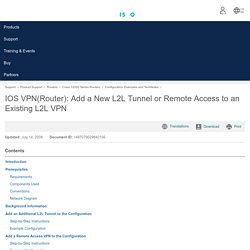 Prerequisites Requirements Ensure that you correctly configure the L2L IPSec VPN tunnel that is currently operational before you attempt this configuration. Components Used The information in this document is based on these software and hardware versions: Two IOS routers that run software versions 12.4 and 12.2 One Cisco Adaptive Security Appliance (ASA) that runs software version 8.0 The information in this document was created from the devices in a specific lab environment. 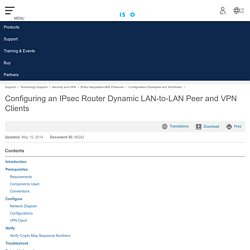 Cisco VPN Clients also connect to the hub and use Extended Authentication (Xauth). The spoke router in this scenario obtains its IP address dynamically via DHCP. The use of Dynamic Host Configuration Protocol (DHCP) is common in situations where the spoke is connected to the Internet via a DSL or cable modem. This is because the ISP often provisions IP addresses dynamically using DHCP on these low-cost connections. Without further configuration, the use of a wild-card pre-shared key on the hub router is not possible in this situation. The introduction of ISAKMP profiles in Cisco IOS® Software Release 12.2(15)T makes this configuration possible since you can match on other properties of the connection (VPN Client group, peer IP address, fully qualified domain name [FQDN], and so forth) rather than just the peer IP address. Solved: ACL with schedule.

Conditional Port Forwarding (NAT) on Cisco IOS. The company I work for provides (among other things) VoIP solutions to small businesses. 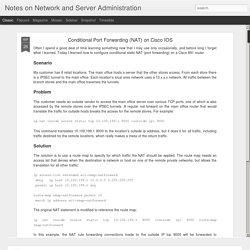 For many of these customers we provide network administration in addition to Internet telephony, and I have the good fortune to design and implement the network architecture and manage the routers and switches. Increasingly I've been drawn into direct support of the VoIP phones. We use Polycom 550s at our customer sites with Asterisk (Elastix) in our data center. One problem I've been tasked with solving is the slow recovery of the phones after a network interruption such as a router reboot or a fail over from customer Internet connection to another.

That is to say, if the path by which the phones established their connection to the server is broken, the server cannot to the phones even after the path is restored, not until the phones reconnect themselves. Here's the scenario: Our customer has two Internet connections. Limiting access to forwarded ports in Cisco iOS.

The following should probably be obvious, but I had a surprisingly hard time figuring out the official Cisco documentation. 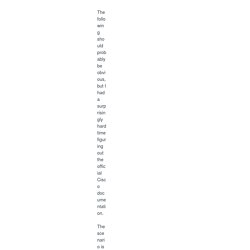 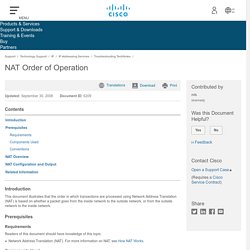 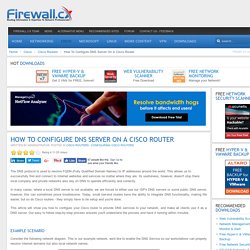 This allows us to successfully find and connect to Internet websites and services no matter where they are. Its usefulness, however, doesn't stop there: local company and private networks also rely on DNS to operate efficiently and correctly. In many cases, where a local DNS server is not available, we are forced to either use our ISP's DNS servers or some public DNS server, however, this can sometimes prove troublesome. Today, small low-end routers have the ability to integrate DNS functionality, making life easier, but so do Cisco routers - they simply have to be setup and you're done. 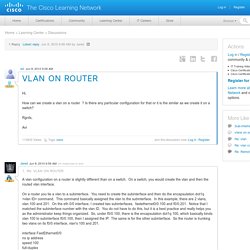 On a switch, you would create the vlan and then the routed vlan interface. How do I secure a Cisco router from the Internet? Cisco Forum FAQ. IPsec Troubleshooting: Understanding and Using debug Commands. Introduction This document describes common debug commands used to troubleshoot IPsec issues on both the Cisco IOS? 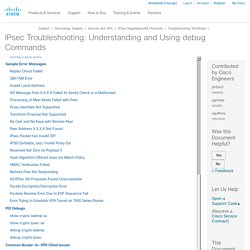 Software and PIX/ASA. This document assumes you have configured IPsec. Clear ip nat translation (static) Hi hope somenone can help me on this. 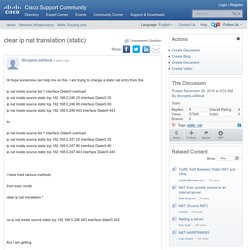 Finally, we've also included a number of useful Embedded Packet Capture troubleshooting commands to monitor the status of the capture points and memory buffer. Let’s take a look at some of the basic features offered by Embedded Packet Capture: Basic Cisco 800 Router Configuration for Internet Access. Advertisement The Cisco 800 series routers are part of the “Branch Office” category, used mainly for SOHO purposes or for connecting remote branch offices to a central location. They are “fixed hardware configuration” devices, meaning that they don’t have any plug-in hardware slots for inserting additional interfaces to the device (all the interfaces are fixed).

All the 800 series models come with a 4-port 10/100 managed switch used for connecting the internal LAN computers, and with an IOS software that supports security features including the Firewall set. The main difference of each model is the WAN interface. All models that end with “1” in the model number (i.e 851, 861, 871, 881, 891) have a 10/100 Fast Ethernet interface as a WAN port. Cisco et le routage inter VLAN. Nous allons dans ce billet mettre en place une architecture réseau basée sur des équipements Cisco (un routeur 1841 et un switch 2960).

IFM - How to configure a Cisco IOS router for IKEv2 and AnyConnect with Suite-B Cryptography. Perhaps your visiting this page because you want to use the latest (as of 2015) cryptography standards available - Suite-B. Perhaps you are interested in fully migrating to IKEv2. Or perhaps you are one of the many people using the "end of life" Cisco IPSec VPN Client, upgraded to Windows 10, and then found the support somewhat lacking.