Universe is older than previously thought, new study shows. Planck 'Time Machine' to Study Big Bang. It's not exactly Doc Brown's DeLorean from "Back to the Future," but the European Space Agency's (ESA) Planck Observatory will be something of a cosmic time machine after it launches this week. 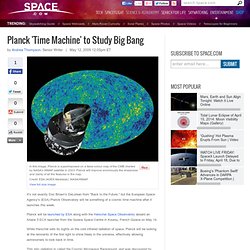 Planck will be launched by ESA along with the Herschel Space Observatory aboard an Ariane 5 ECA launcher from the Guiana Space Centre in Kourou, French Guiana on May 14. From Eric Weisstein's World of Physics. Planck Time. PlanckScale.pdf (application/pdf Object) Planck units. Originally proposed in 1899 by German physicist Max Planck, these units are also known as natural units because the origin of their definition comes only from properties of the fundamental physical theories and not from interchangeable experimental parameters. 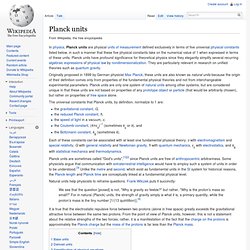 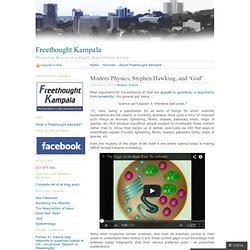 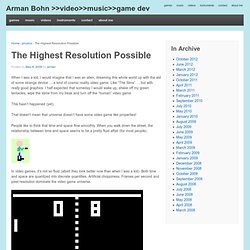 Like “The Sims” … but with really good graphics. I half expected that someday I would wake up, shake off my green tentacles, wipe the slime from my beak and turn off the “human” video game. This hasn’t happened (yet). That doesn’t mean that universe doesn’t have some video game like properties! People like to think that time and space flow smoothly.

In video games, it’s not so fluid (albeit they look better now than when I was a kid). The real universe happens to be dominated by something called the Planck Constant in a similar respect. Planck time. In physics, the Planck time (P) is the unit of time in the system of natural units known as Planck units. 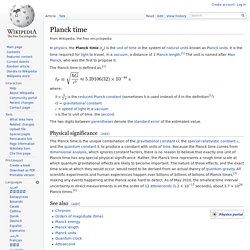 It is the time required for light to travel, in a vacuum, a distance of 1 Planck length.[1] The unit is named after Max Planck, who was the first to propose it. The Planck time is defined as:[2] where: = /2 is the reduced Planck constant (sometimes h is used instead of ħ in the definition[1]) G = gravitational constant. Chapterone,thesongoftheuniverse - malcolmmcewen. 1: The ‘Point’ of Agreement I have in putting this first chapter together perhaps toiled more than I would have preferred. 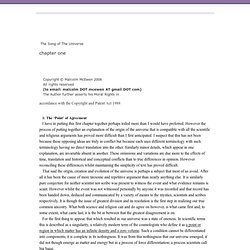 However the process of putting together an explanation of the origin of the universe that is compatible with all the scientific and religious arguments has proved more difficult than I first anticipated. I suspect that this has not been because these opposing ideas are truly in conflict but because each uses different terminology with such terminology having no direct translation into the other. Similarly minor details, which appear in one explanation, are invariable absent in another.

These omissions and variations are due more to the effects of time, translation and historical and conceptual conflicts than to true differences in opinion. Artificial Life or Artificial Hype? And the Big Bang Gets Another Boost. « Doug’s Darkworld. Scientists announced last week the first creation of artificial life in the laboratory. 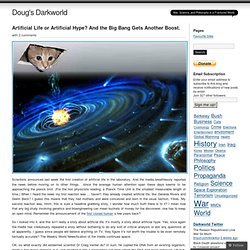 And the media breathlessly reported the news before moving on to other things, since the average human attention span these days seems to be approaching the planck limit. (For the non physicists reading, a Planck Time Unit is the smallest measurable length of time.) When I heard the news my first reaction was … haven’t they already created artificial life, like Geralda Rivera and Glenn Beck? I guess this means that they had mothers and were conceived and born in the usual fashion. Yikes. So I looked into it, and this isn’t really a story about artificial life, it’s mostly a story about artificial hype. OK, so what exactly did esteemed scientist Dr Craig Venter do? 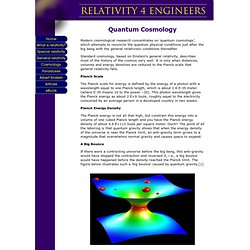 Standard cosmology, based on Einstein's general relativity, describes most of the history of the cosmos very well. It is only when distances, volumes and energy densities are reduced to the Planck scale that general relativity fails. Gregory Hodowanec: Rhysmonic Cosmology. Rexresearch.com Hodowanec Index Gregory HODOWANEC Rhysmonic Cosmology Extraction of Energy Directly from the Aether A. 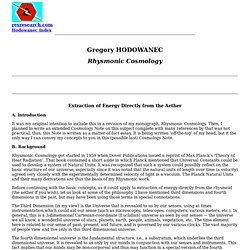 Introduction It was my original intention to include this in a revision of my monograph, Rhysmonic Cosmology. Then, I planned to write an extended Cosmology Note on this subject complete with many references by that was not practical, thus, this Note is written as a matter-of-fact essay. It is being written ‘off-the-top’ of my head, but it the only way I can convey my concepts to you in this (possible last) Cosmology Note. 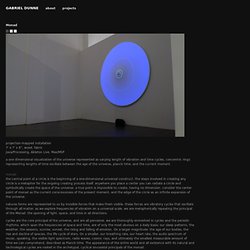 A quark spinning towards planck's time. Space-time at the Planck scale is topologically... - CosmosPlasma.