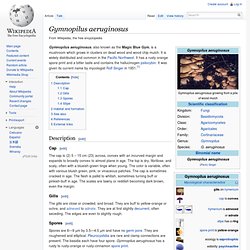 It is widely distributed and common in the Pacific Northwest. It has a rusty orange spore print and a bitter taste and contains the hallucinogen psilocybin. It was given its current name by mycologist Rolf Singer in 1951.[1] Description[edit] Cap[edit] The cap is (2) 5 – 15 cm (23) across, convex with an incurved margin and expands to broadly convex to almost plane in age. Gills[edit] Spores[edit] Spores are 6—9 µm by 3.5—4.5 µm and have no germ pore. Gymnopilus viridans. Description[edit] Habitat and formation[edit] Gymnopilus viridans is found growing cespitose on coniferous wood from June to November. 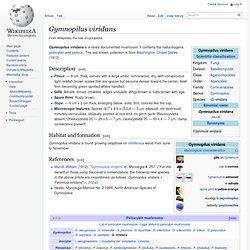 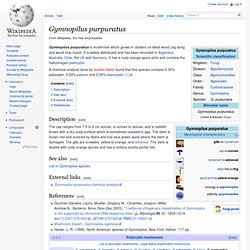 It is widely distributed and has been recorded in Argentina, Australia, Chile, the UK and Germany. It has a rusty orange spore print and contains the hallucinogen psilocybin. A chemical analysis done by Jochen Gartz found that this species contains 0.34% psilocybin, 0.29% psilocin and 0.05% baeocystin. [1] Description[edit] The cap ranges from 1.5 to 6 cm across, is convex to obtuse, and is reddish brown with a dry scaly surface which is sometimes cracked in age. 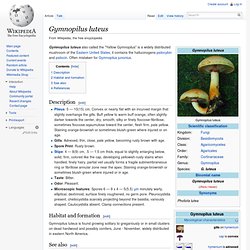 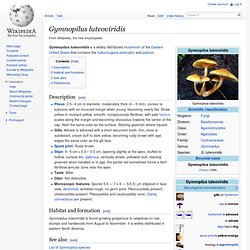 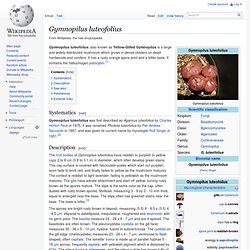 It has a rusty orange spore print and a bitter taste. It contains the hallucinogen psilocybin.[1] Systematics[edit] Gymnopilus luteofolius was first described as Agaricus luteofolius by Charles Horton Peck in 1875. It was renamed Pholiota luteofolius by Pier Andrea Saccardo in 1887, and was given its current name by mycologist Rolf Singer in 1951.[2] 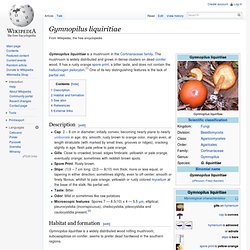 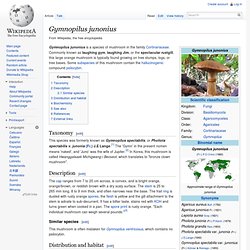 Commonly known as laughing gym, laughing Jim, or the spectacular rustgill, this large orange mushroom is typically found growing on tree stumps, logs, or tree bases. Some subspecies of this mushroom contain the hallucinogenic compound psilocybin. Taxonomy[edit] This species was formerly known as Gymnopilus spectabilis, or Pholiota spectabilis v. junonia (Fr.) Gymnopilus braendlei. Gymnopilus braendlei is a species of agaric fungus that contains the hallucinogens psilocybin and psilocin.[2] It was originally collected by mycologist Charles Horton Peck as Flammula braendlei in the District of Columbia near Washington (1902). 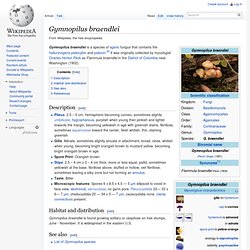