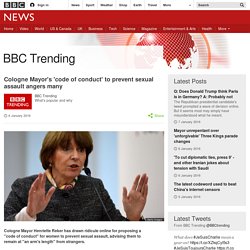 Amidst the controversy and protests following a series of sexual assaults in Cologne on New Year's Eve, the city's mayor has waded into the debate with a suggestions for how women can help avoid danger, which have proved highly controversial online. Her proposed guidelines included sticking to a group of trusted acquaintances, asking for help from others and informing the police. But it was her suggestion that women should keep at "an arm's length" from strangers that has triggered most outrage on social media, with the phrase turned into a hashtag - #EineArmLaenge - on Twitter.

Thousands of messages have been posted using the phrase. The main charge being made against her online was that Reker was blaming the victims for their behaviour, rather than the attackers themselves. Logne sex attacks 'require police rethink' Police in Germany will have to rethink their tactics following attacks on women in the city of Cologne on New Year's Eve, a senior official has said. 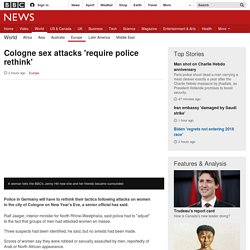 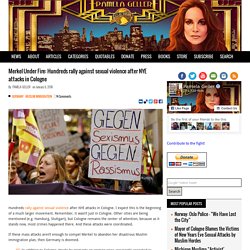 I expect this is the beginning of a much larger movement. Remember, it wasn’t just in Cologne. Other cities are being mentioned (e.g. Hamburg, Stuttgart), but Cologne remains the center of attention, because as it stands now, most crimes happened there. And these attacks were coordinated. If these mass attacks aren’t enough to compel Merkel to abandon her disastrous Muslim immigration plan, then Germany is doomed. RT: In addition to Cologne attacks by migrants on women were apparently reported in Hamburg.

Protesters held aloft a sign reading, “Arm Cologne” as up to 500 people rallied against attacks by members of the migrant community during the city’s New Year celebrations, and the authorities’ failure to stop the dozens of sexual assaults which took place. Merkel, what are you doing?’ Huge influx of migrant men will lead to more sex attacks like in Cologne, says analyst. The massive influx into Europe of young, unaccompanied men will lead to a gender imbalance and more sex attacks like those seen in Cologne, a professor has warned. 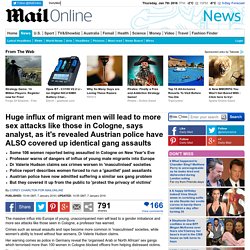 Crimes such as sexual assaults and rape become more common in 'masculinised' societies, while women's ability to travel without fear worsens, Dr Valerie Hudson claims. Her warning comes as police in Germany reveal the 'organised Arab or North African' sex gangs which terrorised more than 100 women in Cologne blocked officers from helping distressed victims. The chilling police report describes women being forced to run through a 'gauntlet' of drunken men while officers themselves were mobbed by victims claiming they had been sexually assaulted. But the problem is now understood to be far more widespread than initially thought. Today it emerged identical sex gangs are operating in neighbouring Austria, while more than 150 woman across five German cities have reported attacks.

Scroll down for video Loaded: 0% Progress: 0% Police report shows their side of Cologne assaults. A New Year's Eve police report from Cologne showing the full extent of the sexual assaults against women in and around the city's main train station appeared in German media on Thursday, causing fresh waves of consternation. 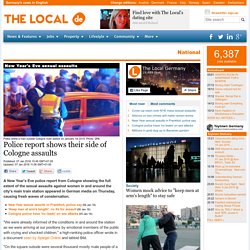 "We were already informed of the conditions in and around the station as we were arriving at our positions by emotional members of the public with crying and shocked children," a high-ranking police officer wrote in a document seen by Spiegel Online and tabloid Bild. "On the square outside were several thousand mostly male people of a migrant background who were firing all kinds of fireworks and throwing bottles into the crowd at random. " The police vans were themselves the targets of thrown fireworks as they pulled into their parking spaces, and people immediately rushed to the officers to report thefts, violence and sexual assaults against women. "Even the appearance of police officers on the scene... didn't hold the masses back from their actions," the report notes. New Year sexual assults in Frankfurt, police say.

Photo: DPA. Silence on sex crimes will make racism worse. A woman in Egypt learns how to defend herself against a sexual attack. 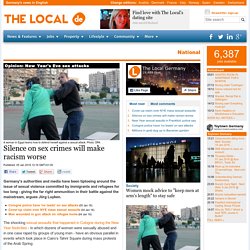 Photo: DPA Germany's authorities and media have been tiptoeing around the issue of sexual violence committed by immigrants and refugees for too long - giving the far right ammunition in their battle against the mainstream, argues Jörg Luyken.