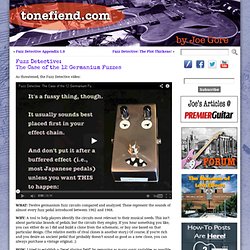 These represent the sounds of almost every fuzz pedal introduced between 1962 and 1968. WHY: A tool to help players identify the circuits most relevant to their musical needs. This isn’t about particular brands of pedals, but the circuits they employ. If you hear something you like, you can either do as I did and build a clone from the schematic, or buy one based on that particular design. HOW: I tried to establish a “level playing field” by removing as many sonic variables as possible. Fuzz advice?! Ernie. Best 60's Maestro type fuzz tone pedal clone. Devi Ever FX BIT Legend Of Fuzz. Various Devi Ever The Bit is an intense saw tooth shaping fuzz that creates tones reminiscent of C64, Atari, and other old video game consoles. 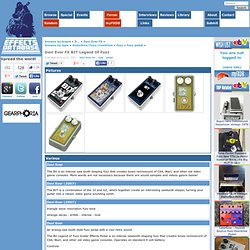 More words are not necessary because there are sound samples and videos galore below! Devi Ever (2007) The BIT is a combination of the 33 and GZ, which together create an interesting sawtooth shaper, turning your guitar into a classic video game sounding synth. Fuzz comparison. This page is not intended to be a thorough and deep analysis of each of these pedals, but might help you get a overall view of what different pedals sound like in the same environment with the same input sample. 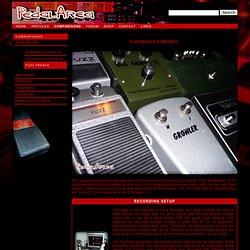 The samples are recorded straight through a Line6 Pod XT, so no amplifiers, microphones or studios were used. Therefore, the samples will not give the best achievable sounds that can be achieved from each of these pedals, but since all are in the exactly same environment a comparison can be made. The recording equipment and method as evolved during the few years of the pedalarea existence, thus not all pedals are recorded in an equal way. Some pedals only contain one sample which was recorded with different input samples, so straight comparison is not quite justified, but I have left these samples since they might give some vague impression of the sound the pedal offers.

We all dig the early Fuzz Face tones .... Germanium .... Organic .... dripping like honey. Top Finds of 2009 / Skincontrol Pedals. The killer gear just keeps on rolling through! 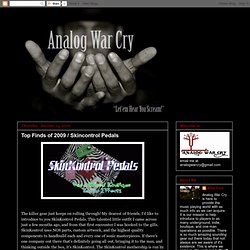 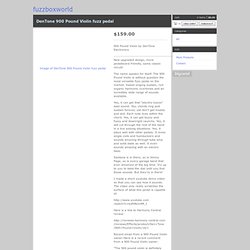 The name speaks for itself. The 900 Pound Violin is without question the most versatile fuzz pedal on the market. Sweet singing sustain, rich organic harmonic overtones and an incredibly wide range of sounds available. Yes, it can get that "electric kazoo" lead sound. Fuzz Central. I personally do not think that wiring up PNP transistors (Silicon or Germanium) as negative ground is one of the best ideas. 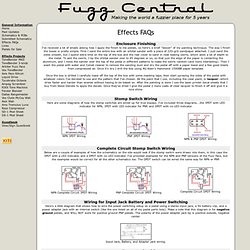 The PNP transistors are simply not meant to function with a negative ground and osciallation and "motorboating" sounds are common results of wiring a Fuzz Face with PNP transistors as such. Here's some more information from R.G. Keen: While in theory, the negative ground conversion for FF and other PNP circuits ought to work every time, there are a significant number of times where it causes oscillation, motorboating, etc. Sometimes you can clean this up by putting a big freaking capacitor across the power leads, sometimes you also need a low-impedance 0.1µF ceramic, too, and sometimes you need divine intervention. So, in my opinion, I would always leave PNP transistor-equipped circuits as positive ground. 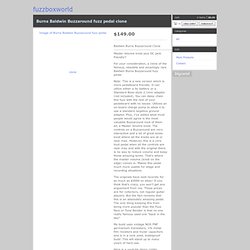 For your consideration, a clone of the famous, obsolete and amazingly rare Baldwin Burns Buzzaround fuzz pedal. Note: This is a new version which is more pedalboard friendly. It can utilize either a 9v battery or a Standard Boss-style 2.1mm adaptor (not included). You can daisy chain this fuzz with the rest of your pedalboard with no issues. Utilizes an on-board charge pump to allow it to use a standard negative ground adaptor. The originals have sold recently for as much as $3000 on ebay! My build uses vintage NOS PNP germanium transistors, 1% metal film resistors and mylar capacitors and is in a rock solid, bulletproof build. Here is a youtube demo (older version, no master volume) so you can get an idea of the sounds available.

"amazing pedal and unbelievable tone. without a doubt, FRIPP IN A BOX!!!! " And another: - Sustain. . - Balance.