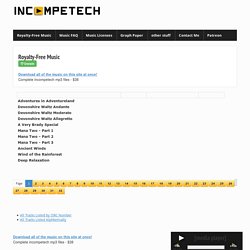 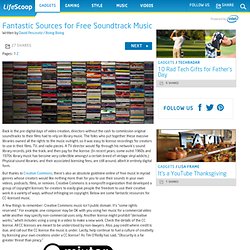 The folks who put together these massive libraries owned all the rights to the music outright, so it was easy to license recordings for creators to use in their films, TV, and radio pieces. A TV director would flip through his network’s sound library records, pick the track, and then pay for the license. (In recent years, some outré 1960s and 1970s library music has become very collectible amongst a certain breed of vintage vinyl addicts.) Physical sound libraries, and their associated licensing fees, are still around, albeit in entirely digital form. But thanks to Creative Commons, there’s also an absolute goldmine online of free music in myriad genres whose creators would like nothing more than for you to use their sounds in your own videos, podcasts, films, or remixes.