Album Review: Draconian - Under a Godless Veil 9.5 (Doom Metal) Written by Mass Artist: DraconianAlbum: Under a Godless VeilGenre: Gothic Doom MetalRelease Date: October 30th, 2020Country: SwedenHighlights: Ascend into Darkness – The Sethian – The Sacrificial Flame – Sorrow of Sophia – Claw Marks onthe ThroneRating: 9.5 The Grandeur of Stillness / The Sad Voice of Wisdom This year has been a flourishing year for doom metal as several of the Doom giants have released their masterpieces, among whom we can name My Dying Bride’s The Ghost of Orion, Paradise Lost’s Obsidian and Pallbearer’s Forgotten Days. 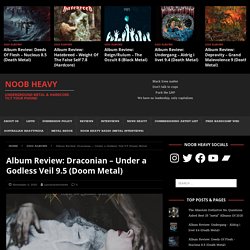 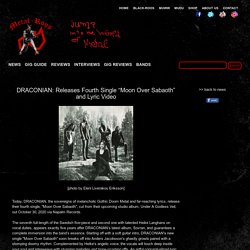 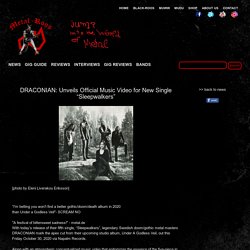 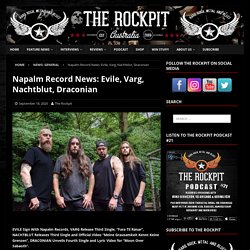 British thrash metal unit EVILE has signed a worldwide contract with Napalm Records! Since their formation in 2004, EVILE has been turning heads and taking names – delivering four pure thrash offerings blended with an uncompromising death metal attack. EVILE are known for explosive and captivating live shows, having performed at Wacken Open Air, Bloodstock Festival and Hellfest and with bands like Megadeth, Kreator and Amon Amarth. With their current discography, the four-piece have been tearing up the scene with a raucous new take on the classic thrash metal sound. 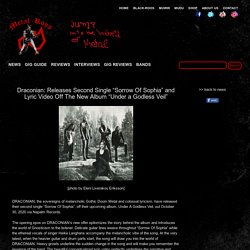 The opening epos on DRACONIAN’s new offer epitomizes the story behind the album and introduces the world of Gnosticism to the listener. Delicate guitar lines weave throughout “Sorrow Of Sophia” while the ethereal vocals of singer Heike Langhans accompany the melancholic vibe of the song. DRACONIAN: Unveils Third Single and Lyric Video for “The Sacrificial Flame”

DRACONIAN: Unveils Third Single and Lyric Video for “The Sacrificial Flame” [photo by Eleni Liverakou Eriksson] DRACONIAN, the sovereigns of beautiful melancholic Gothic Doom Metal and far-reaching lyrics, release the third single, “The Sacrificial Flame”, off their upcoming album, Under A Godless Veil, out October 30, 2020 via Napalm Records. 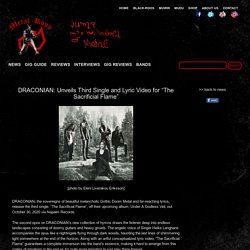 The second epos on DRACONIAN’s new collection of hymns draws the listener deep into endless landscapes consisting of doomy guitars and heavy growls. The angelic voice of Singer Heike Langhans accompanies the opus like a nightingale flying through dark woods, haunting the last lines of shimmering light somewhere at the end of the horizon. 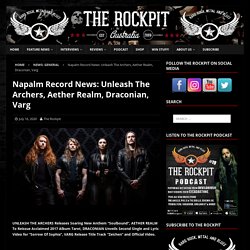 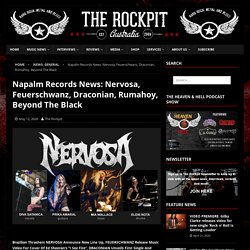 Brazilian thrash metal institution NERVOSA have announced their new band line-up! After a long and vigorous audition process, Prika Amaral – creator, founding member and guitarist of the band – is thrilled to announce that vocalist Diva Satanica (Bloodhunter), bassist Mia Wallace (Abbath & Triumph of Death), and drummer Eleni Nota (Mask of Prospero and Croque Madame) have all joined the force that is NERVOSA! The choice to form a quartet instead of reinstating a trio was made to give NERVOSA a fresh approach and show another thrilling facet, but will in no way take away from the thrash/death essence they are renowned for. 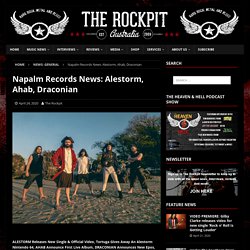 We’re heading west, to the land that’s the best and I ain’t ever coming back. Tortuga! ALESTORM has just released their second single, “Tortuga”, off the upcoming album Curse of the Crystal Coconut – out on May 29 via Napalm Records. Live the devious buccaneer’s life with ALESTORM as they deliver their smashing homage to the most notorious pirate capital of the world. Exploring both electronic and even rap influences doused in the signature ALESTORM flavor – you’ve surely never heard a pirate’s shanty quite like this before! The accompanying audiovisual has it all: palm trees swaying in the Caribbean breeze, the sunshine beaming down… and with Captain Christopher Bowes stealing rum, the British Crown is on the hunt – a manhunt to be exact!