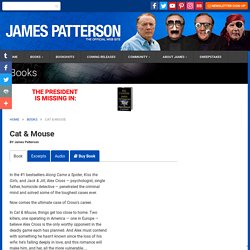 THE CROSS house was twenty paces away and the proximity and sight of it made Gary Soneji's skin prickle. It was Victorian-style, white shingled, and extremely well kept. As Soneji stared across Fifth Street, he slowly bared his teeth in a sneer that could have passed for a smile. This was perfect. He had come here to murder Alex Cross and his family. His eyes moved slowly from window to window, taking in everything from the crisp, white lace curtains to Cross's old piano on the sunporch, to a Batman and Robin kite stuck in the rain gutter of the roof Damon's kite, he thought.

On two occasions he caught sight of Cross's elderly grandmother as she shuffled past one of the downstairs windows. He finally moved across Fifth Street, being careful to stay in the shadows. The Blackhouse (Lewis Trilogy, #1) by Peter May. 'Dreamland Burning' by Jennifer Latham: EW Review. The Couple Next Door by Shari Lapena. Winter Moon. In Los Angeles, a hot Hollywood director, high on PCP, turns a city street into a fiery apocalypse. 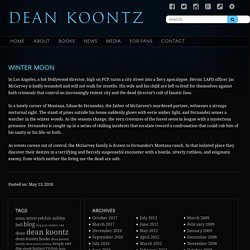 Heroic LAPD officer Jac McGarvey is badly wounded and will not walk for months. His wife and his child are left to fend for themselves against both criminals that control an increasingly violent city and the dead director’s cult of fanatic fans. Eleven Days by Donald Harstad. Southern Vampire Mysteries. "Dead to the World", released in May of 2004, is the fourth book in "The Southern Vampire Mysteries", a series of books by New York Times bestselling author Charlaine Harris. 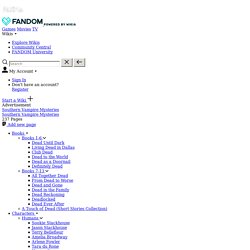 Plot summary Edit "Dead to the World" begins in late December, three weeks after the events of Club Dead. The Maltese Falcon by Dashiell Hammett. One Breath Away. In the midst of a sudden spring snowstorm, an unknown man armed with a gun walks into an elementary school classroom. 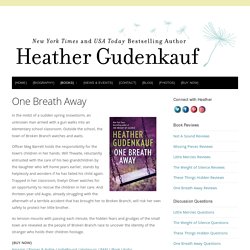 Outside the school, the town of Broken Branch watches and waits. Officer Meg Barrett holds the responsibility for the town’s children in her hands. Will Thwaite, reluctantly entrusted with the care of his two grandchildren by the daughter who left home years earlier, stands by helplessly and wonders if he has failed his child again. 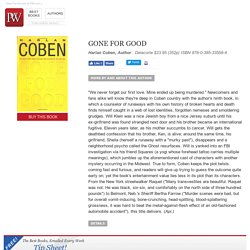 Delacorte $23.95 (352p) ISBN 978-0-385-33558-4 "We never forget our first love. Mine ended up being murdered. " Newcomers and fans alike will know they're deep in Coben country with the author's ninth book, in which a counselor of runaways with his own history of broken hearts and death finds himself caught in a web of lost identities, forgotten nemeses and smoldering grudges. Will Klein was a nice Jewish boy from a nice Jersey suburb until his ex-girlfriend was found strangled next door and his brother became an international fugitive. Deal Breaker by Harlan Coben. The Yiddish Policemen's Union by Michael Chabon. Heat Wave (novel) Richard Castle is a best-selling author who has published the final book in his successful series, in which he killed off the main character after writing the books became too much "like work". 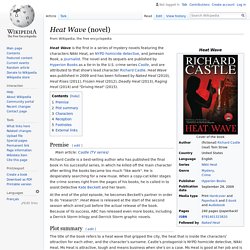 He is desperately searching for a new muse. When a copy-cat killer stages the crime scenes right from the pages of his books, he is called in to assist Detective Kate Beckett and her team. At the end of the pilot episode, he becomes Beckett's partner in order to do "research". Heat Wave is released at the start of the second season which aired just before the actual release of the book. Because of its success, ABC has released even more books, including a Derrick Storm trilogy and Derrick Storm graphic novels. Murder on the Orient Express by Agatha Christie - Agatha Christie. Book Review: The Girl in the Ice (Detective Erika Foster Book 1), by Robert Bryndza. Publisher: Bookouture | Publication date: 12th February 2016 Riveting. 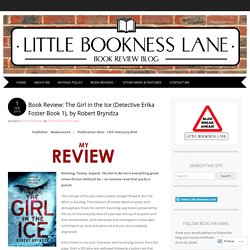 Twisty. Sean Beaudoin - You Killed Wesley Payne - Book Review. Seventeen-year-old Dalton Rev is a private eye who dresses like a hipster and rides a scooter to school. 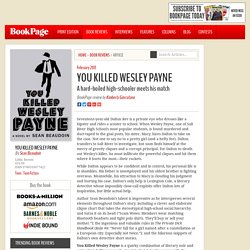 When Wesley Payne, one of Salt River High School’s most popular students, is found murdered and duct-taped to the goal posts, his sister, Macy, hires Dalton to take on the case. Not one to say no to a pretty girl (and a hefty fee), Dalton transfers to Salt River to investigate, but soon finds himself at the mercy of greedy cliques and a corrupt principal. For Dalton to sleuth out Wesley’s killer, he must infiltrate the powerful cliques and hit them where it hurts the most—their rackets.

While Dalton appears to be confident and in control, his personal life is in shambles. The Perfect Shot by Elaine Marie Alphin. River of Darkness (John Madden, #1) by Rennie Airth. Mycroft Holmes - Kareem Abdul-Jabbar, Anna Waterhouse.