Knowing, growing and measuring audience for digital video. We have never had more information about audience behavior than we do today. 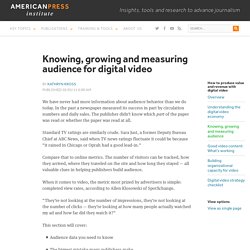 In the past a newspaper measured its success in part by circulation numbers and daily sales. The publisher didn’t know which part of the paper was read or whether the paper was read at all. Standard TV ratings are similarly crude. Sara Just, a former Deputy Bureau Chief at ABC News, said when TV news ratings fluctuate it could be because “it rained in Chicago or Oprah had a good lead-in.” Compare that to online metrics. When it comes to video, the metric most prized by advertisers is simple: completed view rates, according to Allen Klosowski of SpotXchange. 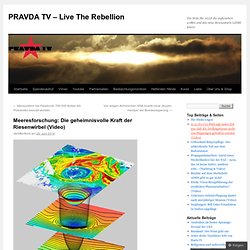 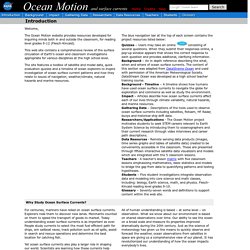 Explorers rode them to discover new lands. Merchants counted on them to speed the transport of goods to market. Today understanding ocean surface currents is as important as ever. People study currents to select the most fuel efficient path for ships, win sailboat races, track pollution such as oil spills, assist in search and rescue operations and determine the best location for catching fish. Yet ocean surface currents also play a larger role in shaping our world. Online - Buntes Treiben auf hoher See. Yeah Science 12/06/2013 - Rubber Duckies at the End of the Ocean. Book Review - 'Flotsametrics and the Floating World,' by Curtis Ebbesmeyer and Eric Scigliano - Review. Erik van Sebille, physical oceanographer at UNSW. Why Are All These Legos Washing Up on the Beach? A rogue wave and a lot of plastic octopi shed light on the workings of ocean currents. 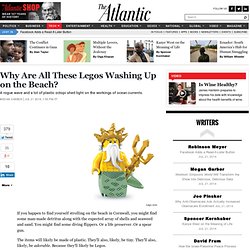 Lego.com If you happen to find yourself strolling on the beach in Cornwall, you might find some man-made detritus along with the expected array of shells and seaweed and sand. You might find some diving flippers. Or a life preserver. Or a spear gun. The items will likely be made of plastic. Seafaring bits of Legoland, the BBC explains, have been a regular presence on the Cornish coast for more than a decade—a combination of environmental threat and cultural oddity that also offers a lesson in the still-mysterious workings of ocean currents.

It started in 1997. In all, that day in 1997, exactly 4,756,940 pieces of Lego sank to the bottom of the sea. For most sea debris, the trip from Land's End to Florida takes, all told, about three years. It hasn't arrived anywhere, that is, but Cornwall. Ocean Pollution Collection. Resources Multimedia Lessons and Activities Real World Data Background Information Career Profiles Did you know that approximately 1.4 billion pounds of trash per year enters the ocean? 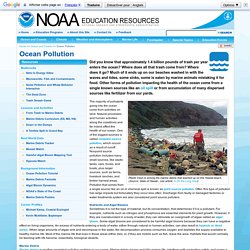 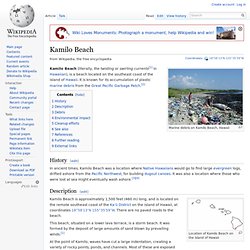 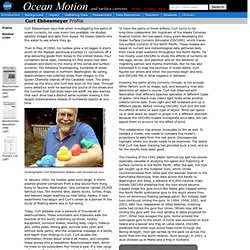 He studies satellite images and data from buoys. He tosses objects into the water to see where they go. Then in May of 1990, his toolbox grew a lot bigger. A storm south of the Alaskan peninsula knocked 21 containers off a ship delivering goods from Korea to the United States. Four containers burst open, releasing 61,000 brand new Nike sneakers and boots to the mercy of the winds and surface currents. 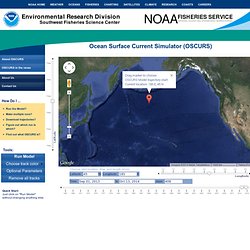 Investigation of events such as spills of cargo containers loaded with athletic shoes or plastic bathtub toys has been used to fine-tune the OSCURS model. Because of the additional surface area exposed to the wind above the water, objects floating on the water may travel faster than the current, and at a different angle to the wind. Tuning of the model has been accomplished by adjusting the current speed coefficient and/or angle of deflection to the right of the wind, and comparing with actual debris trajectories.

Wind current speed coefficient ('wcsc') (A value of 1.2 means that the object travels 20% faster than the current) Wind angle deviation ('wad') Ocean surface currents in the Northern Hemisphere flow at an angle (predicted by Ekman theory) to the right of the wind direction. Lego Man Emerges from the Ocean - The Top 10 Everything of 2011. "NO REAL THAN YOU ARE," read the shirt on the eight-foot-tall fiberglass Lego lookalike that washed ashore on Florida's Siesta Key Beach in October. 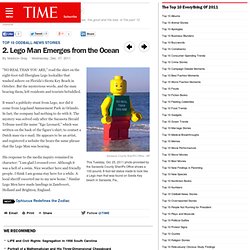 But the mysterious words, and the man bearing them, left residents and tourists befuddled. It wasn't a publicity stunt from Lego, nor did it come from Legoland Amusement Park in Orlando. In fact, the company had nothing to do with it. Friendly Floatees. Route taken by the Friendly Floatees initially lost in the Pacific Ocean in 1992. 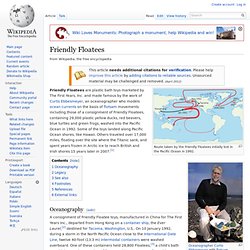 Friendly Floatees are plastic bath toys marketed by The First Years, Inc. and made famous by the work of Curtis Ebbesmeyer, an oceanographer who models ocean currents on the basis of flotsam movements including those of a consignment of Friendly Floatees, containing 29,000 plastic yellow ducks, red beavers, blue turtles and green frogs, washed into the Pacific Ocean in 1992. Some of the toys landed along Pacific Ocean shores, like Hawaii. Others traveled over 17,000 miles, floating over the site where the Titanic sank, and spent years frozen in Arctic ice to reach British and Irish shores 15 years later in 2007.[1] Oceanography[edit] A consignment of Friendly Floatee toys, manufactured in China for The First Years Inc., departed from Hong Kong on a container ship, the Ever Laurel,[2] destined for Tacoma, Washington, U.S.. Legacy[edit] See also[edit] Cornwall: Spiel der Wellen. In Cornwall spült das Meer Lego-Steine an Land.