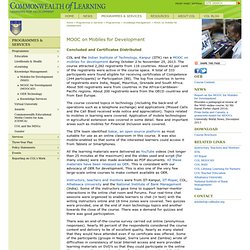 The course attracted 2,282 registrants from 116 countries. About 62 per cent of the registrants were active in the course space. A total of 333 participants were found eligible for receiving certificates of Competence (244 participants) or Participation (89). The top five countries in terms of registrants were India, Nepal, Mauritius, Grenada and South Africa. Les Mooc, la ruine de l’université ? Harvard and MIT make a compelling case for MOOCs. Harvard and MIT have released the draft of a working paper that makes a strong case for the potential benefits of massively open online courses, or MOOCs, despite low completion rates. 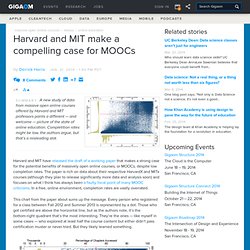 The paper is rich on data about their respective HarvardX and MITx courses (although they plan to release significantly more data and analysis soon) and focuses on what I think has always been a faulty focal point of many MOOC criticisms. In a free, online environment, completion rates are vastly overrated. This chart from the paper about sums up the message. MOOC! 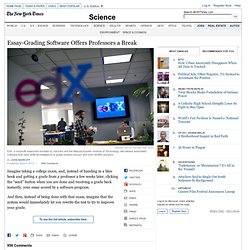 And then, instead of being done with that exam, imagine that the system would immediately let you rewrite the test to try to improve your grade. EdX, the nonprofit enterprise founded by Harvard and the Massachusetts Institute of Technology to offer courses on the Internet, has just introduced such a system and will make its automated software available free on the Web to any institution that wants to use it. Higher ed leaders urge slow down of MOOC train. As scores of colleges rush to offer free online classes, the mania over massive open online courses may be slowing down. 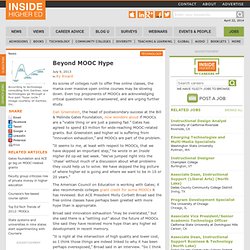 Even top proponents of MOOCs are acknowledging critical questions remain unanswered, and are urging further study. Dan Greenstein, the head of postsecondary success at the Bill & Melinda Gates Foundation, now wonders aloud if MOOCs are a “viable thing or are just a passing fad.” Gates has agreed to spend $3 million for wide-reaching MOOC-related grants. But Greenstein said higher ed is suffering from “innovation exhaustion,” and MOOCs are part of the problem. “It seems to me, at least with respect to MOOCs, that we have skipped an important step,” he wrote in an Inside Higher Ed op-ed last week. Knowledge is the Water of the Mind: How to Structure Rights in “Immaterial Commons” There is a simple ethical foundation for open access to and free usage of basic resources such as air and water: the mere existence and the development of every human being depend on them. 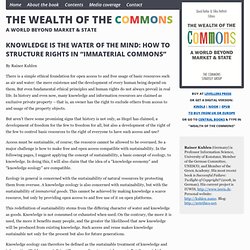 But even fundamental ethical principles and human rights do not always prevail in real life. In history and even now, many knowledge and information resources are claimed as exclusive private property – that is, an owner has the right to exclude others from access to and usage of the property objects. But aren’t there some promising signs that history is not only, as Hegel has claimed, a development of freedom for the few to freedom for all, but also a development of the right of the few to control basic resources to the right of everyone to have such access and use? Access must be sustainable, of course; the resource cannot be allowed to be overused. So a major challenge is how to make free and open access compatible with sustainability. 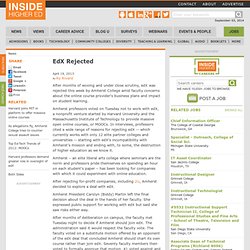 Amherst professors voted on Tuesday not to work with edX, a nonprofit venture started by Harvard University and the Massachusetts Institute of Technology to provide massive open online courses, or MOOCs. In interviews, professors cited a wide range of reasons for rejecting edX -- which currently works with only 12 elite partner colleges and universities -- starting with edX's incompatibility with Amherst’s mission and ending with, to some, the destruction of higher education as we know it. Amherst – an elite liberal arts college where seminars are the norm and professors pride themselves on spending an hour on each student’s paper – has been looking for companies with which it could experiment with online education.

Some faculty wanted to expand Amherst’s repertoire and experiment online. OpenupEd. Professor Leaves a MOOC in Mid-Course in Dispute Over Teaching - Wired Campus. Students regularly drop out of massive open online courses before they come to term. 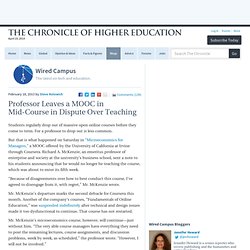 For a professor to drop out is less common. But that is what happened on Saturday in “Microeconomics for Managers,” a MOOC offered by the University of California at Irvine through Coursera. Richard A. McKenzie, an emeritus professor of enterprise and society at the university’s business school, sent a note to his students announcing that he would no longer be teaching the course, which was about to enter its fifth week. 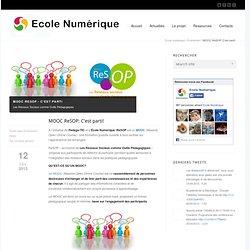 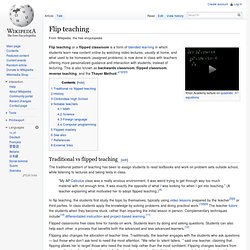 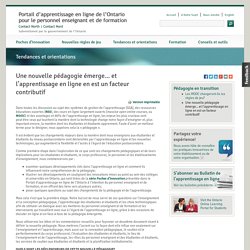 Mais cela n’est que la première étape. Quels sont les moteurs du développement de cette nouvelle pédagogie? - Gestion de projet. The False Promise of the Education Revolution - College, Reinvented. By Scott Carlson and Goldie Blumenstyk Last year, leading lights in for-profit and nonprofit higher education convened in Washington for a conference on private-sector innovation in the industry. The national conversation about dysfunction and disruption in higher education was just heating up, and panelists from start-ups, banking, government, and education waxed enthusiastic about the ways that a traditional college education could be torn down and rebuilt—and about how lots of money could be made along the way. The Trouble With Online College. CourseBuilderChecklist - course-builder - Checklist of all steps to create a course using Course Builder. - Course Builder.

Costs When you use Course Builder, you create your course as an App Engine application. Currently, each App Engine application can consume a certain level of computing resources for free, controlled by a set of limits. If you need resources above these free limits, you can switch to a paid app to set a daily resource budget. For more information, see Develop with App Engine. EADTU. On the territorial dimensions of MOOCs. To what degree have the territorial dimensions of Massive Open Online Courses (MOOCs) been made visible? Remarkably little, I would argue. This point came has been in the back of my mind for some time on the basis of following coverage about MOOCs including the three high profile leaders of the pack (Coursera, edX, Udacity), other MOOCs (Udemy and WeduboX), and complementary online learning platforms (e.g., Course Hero, iTunesU, Kahn Academy, OpenClass, Open Learning Initiative).

Canvas Network. Canvas by Instructure. Designing a New Learning Environment. What constitutes learning in the 21st century? Should reading, watching, memorizing facts, and then taking exams be the only way to learn? Or could technology (used effectively) make learning more interactive, collaborative, and constructive? Could learning be more engaging and fun? MOOC Reviews & Ratings. Failure of a Prestigious Venture - CHECK.point-elearning.com. Failure of a Prestigious Venture Oxford, April 2006 – The AllLearn project, a consortium among Oxford, Stanford, and Yale Universities to research online learning, has come to a close. The eLearning joint venture has folded because it failed to attract enough students. "We offered 110 online courses from Oxford, Stanford, and Yale Universities to over 10,000 participants from 70 countries during the past five years.

As we looked to the future, the cost of offering top-quality enrichment courses at affordable prices was not sustainable over time", explains S Kristin Kim, president of the company, in a statement on the website. Udacity Blog - Higher Education For Free. Higher Education News, Career Advice, Events and Jobs. EdX. Free Online Courses. Advance your College Education & Career. CourseTalk Launches A Yelp For Open Online Courses And What This Means For Higher Education. One of the most popular topics in education technology these days is the subject of MOOCs, otherwise known as “Massive Open Online Courses.” Thanks to the buzz around MOOC platforms like Coursera, Udacity and edX, there are few universities and colleges that aren’t currently struggling with whether or not they should hop on the bandwagon. Whether or not you’re long or short on MOOCs, it’s clear that, in the near term at least, they’re here to stay.

However, as colleges, universities and more begin toying with open online courses and an increasing number of students and learners take to their virtual lecture halls, the signal-to-noise ratio has the potential to get pretty unfavorable. It’s for this very reason that Jesse Spaulding decided to launch CourseTalk. The former trader and serial entrepreneur tells us that his interest in MOOCs was spurred after taking a couple of open classes: “Machine Learning” on Coursera and “Programming A Robotic Car” on Udacity. 052boull.pdf (Objet application/pdf) Open University launches British Mooc platform to rival US providers.