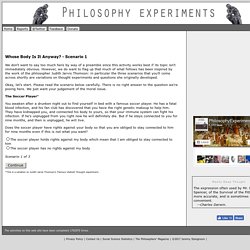 - Scenario 1 We don't want to say too much here by way of a preamble since this activity works best if its topic isn't immediately obvious. However, we do want to flag up that much of what follows has been inspired by the work of the philosopher Judith Jarvis Thomson: in particular the three scenarios that you'll come across shortly are variations on thought experiments and questions she originally developed. Making A Murderer - Trailer - Netflix. Businessinsider. Requiem for the American Dream | Tribeca Film Festival With Netflix bulking up on its collection of documentaries, it may be hard to figure out which ones to watch. 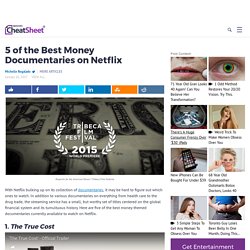 In addition to various documentaries on everything from health care to the drug trade, the streaming service has a small, but worthy set of titles centered on the global financial system and its tumultuous history. Here are five of the best money-themed documentaries currently available to watch on Netflix. This 2015 documentary film by director Andrew Morgan exposes the harsh reality of the clothing industry’s unsustainable business practices. Enron: The Smartest Guys in the Room (2005) Official Trailer #1 - Documentary HD. Hank: Five Years From the Brink - Trailer. We Steal Secrets: The Story of WikiLeaks. Fourteen Days in May. Fourteen Days in May is a documentary directed by Paul Hamann. 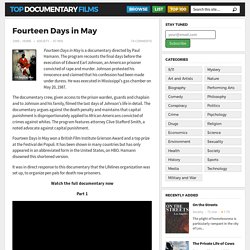 The program recounts the final days before the execution of Edward Earl Johnson, an American prisoner convicted of rape and murder. Johnson protested his innocence and claimed that his confession had been made under duress. He was executed in Mississippi's gas chamber on May 20, 1987.