Components of the Civil Rights Movement

Gavin Wright, “Sharing the Prize: The Economics of the Civil Rights Revolution in the American South” (Harvard UP, 2013) Gavin Wright View on Amazon Americans rightly think of the civil rights legislation of 1964 and ’65 as a social and legal revolution. 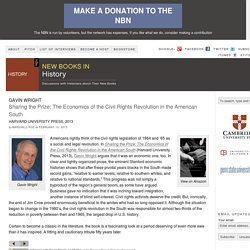 In Sharing the Prize: The Economics of the Civil Rights Revolution in the American South (Harvard University Press, 2013), Gavin Wright argues that it was an economic one, too. In clear and tightly organized prose, the eminent Stanford economic historian shows that after these pivotal years blacks in the South made record gains, “relative to earlier levels, relative to southern whites, and relative to national standards.” This progress was not simply a byproduct of the region’s general boom, as some have argued. Certain to become a classic in the literature, the book is a fascinating look at a period deserving of even more awe than it has inspired. LIFE and Civil Rights: Segregation in 1956 South Carolina.

In late 1956, over the course of several months, LIFE published what the magazine itself described as "a series of major articles on the background of the crisis brought about by the school segregation decision [Brown v. 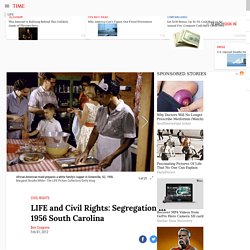 Board of Education] of the Supreme Court. . . . Although the ground that is to be covered in the series is not wholly new to Americans, it is unfamiliar as a subject of moderate and unprejudiced consideration. " LIFE and Civil Rights: Anatomy of a Protest, Virginia, 1960. A note of concern to wounded MLK from a friend in Japan. SEATTLE – On Sept. 20, 1958, Martin Luther King Jr. was sitting inside a Harlem department store signing copies of his book “Stride Toward Freedom” when a 42-year-old woman decided to walk up and stab him in the chest with a 17-cm letter opener. 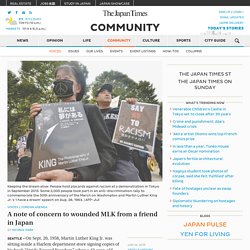 Her name was Izola Curry, and the act caused the United States to collectively hold its breath. The letter opener was mere centimeters away from rupturing an artery. Doctors would later state that if King had sneezed in those moments after the stabbing, he would have died. The U.S. was not the only country worried about the civil rights leader. It turns out that Japan — and in particular one man, named Makoto Sakurabayashi — was deeply concerned as well. Sakurabayashi had been a divinity student with King at Crozer Theological Seminary in Chester, Pennsylvania, from 1948 to 1951. When the news of King being stabbed hit the Asahi News, Sakurabayashi was stunned. Here is Sakurabayashi’s letter in its entirety. Dear King: One Dream – 50th Anniversary of Martin Luther King Jr.'s I Have a Dream Speech. Julian E. Zelizer, "The Fierce Urgency of Now: Lyndon Johnson, Congress, and the Battle for the Great Society" (Penguin, 2015) Some Different Ways of Looking at Selma by Darryl Pinckney. 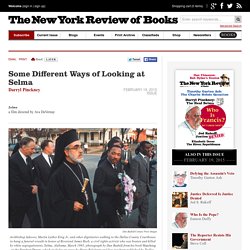 Edgar Hoover, closet case and cross-dresser, told a group of women journalists visiting FBI headquarters that he considered King “the most notorious liar in the country.” The following day King issued a statement saying that perhaps Hoover had become overwhelmed by the burdens of his office. ‘Selma’ vs. History by Elizabeth Drew. By distorting an essential truth about the relationship between Lyndon Johnson and Dr. 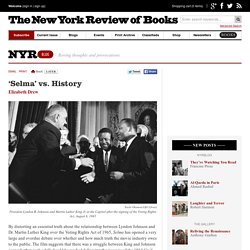 Martin Luther King over the Voting Rights Act of 1965, Selma has opened a very large and overdue debate over whether and how much truth the movie industry owes to the public. The film suggests that there was a struggle between King and Johnson over whether such a bill should be pushed following the passage of the 1964 Civil Rights Act, signed into law in July of that year. The clear implication is that Johnson was opposed to a voting rights bill, period, and that he had to be persuaded by King. This story has now been propagated to millions of viewers, to the point where young people in movie houses boo Johnson’s name. But there was no struggle. Selma High School Fifty Years After Bloody Sunday.

Selma - The Bridge to the Ballot.