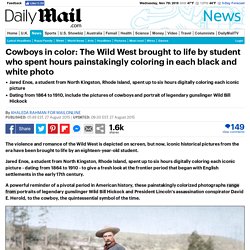 Jared Enos, a student from North Kingston, Rhode Island, spent up to six hours digitally coloring each iconic picture - dating from 1864 to 1910 - to give a fresh look at the frontier period that began with English settlements in the early 17th century. A powerful reminder of a pivotal period in American history, these painstakingly colorized photographs range from portraits of legendary gunslinger Wild Bill Hickock and President Lincoln's assassination conspirator David E. Herold, to the cowboy, the quintessential symbol of the time. Student Jared Enos, 18, from Rhode Island, painstakingly colourized iconic, historical pictures from the Wild West era. Pictured, he colorized this photograph of the quintessential symbol of the America frontier period, called 'The Cow Boy' from 1887. Ellis Island brought back to life in stunning images. America's poor and huddled masses in colour: Fascinating colourised photographs show hope of immigrants who arrived at New York's Ellis Island Stunning pictures reveal the diversity of the immigrants arriving in America in the early 20th centuryAugustus Sherman, who worked as the chief registry clerk on Ellis Island, captured the photographsHe took shots of a Hindu boy, a Romanian piper and two children from Lapland wearing traditional dressEllis Island was the gateway for 12million immigrants starting a new life in America between 1892 and 1954 By Jenny Awford for MailOnline. 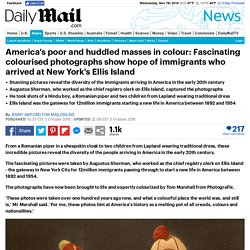 Mesmerising colour photographs of people in the 19th century - Travel. Never before seen pictures of Prince Charles and Diana's 1981 wedding. Dozen previously unpublished photos of the 1981 royal wedding will be sold at auction in Boston next month They show Diana and Charles as newlyweds in Buckingham Palace, moments after becoming man and wifeThe Queen, the Queen Mother, Princess Anne, Princess Margaret and Prince Andrew are also pictured By Stephanie Linning for MailOnline Published: 15:50 GMT, 10 August 2015 | Updated: 09:40 GMT, 11 August 2015 Whispering words of encouragement to her five-year-old bridesmaid, Diana, Princess of Wales, looks resplendent in her wedding dress as she carries the young girl through the grand rooms of Buckingham Palace. 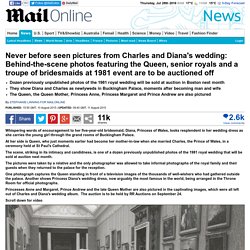 At her side is Queen, who just moments earlier had become her mother-in-law when she married Charles, the Prince of Wales, in a ceremony held at St Paul's Cathedral. The scene, striking in its intimacy and candidness, is one of a dozen previously unpublished photos of the 1981 royal wedding that will be sold at auction next month. Scroll down for video Loaded: 0% Progress: 0% Take me on a trip a long, long time ago! ORIGINAL CAPTION: ” “Aryan” women who were the mothers of “child-rich” families were given extra food, home help, and holidays. 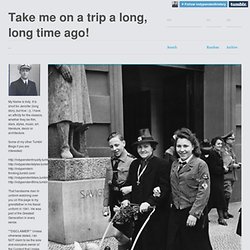 They were even awarded medals. A German mother who has just received the Mother’s Cross pushes a baby carriage, accompanied by two of her older children in their Hitler Youth and League of German Girls uniforms. More Rare Historical Photos. A 1965 Ford Mustang station wagon. 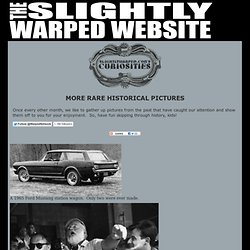 Only two were ever made. Ernest Hemmingway at a Havana bar. Date unknown. Dwight Eisenhower eats a hot dog as Richard Nixon looks on as the Washington Senators defeat the Boston Red Sox 1960. Cap Coleman tattoos a young sailor sometime in the 1940s. Miles Davis attends the funeral of Jimi Hendrix in 1970. Sailors on the deck of the British steam corvette HMS Satellite some time in the 1860's. Edwin Paige Fulton Butcher Shop, Edmonton in 1915. An electric car which could be rented complete with chauffeur for $180 a month sometime between 1900 and 1905.

An Australian soldier plays with the kangaroo who served as the mascot for the 9th and 10th First Australian Imperial Force battalions at Mena Camp in Egypt. The moment a rebel soldier tosses a grenade into loyalist positions from the loyalist POW. Mail delivery Snowmobiles in the Khabarovsk Territory in 1983. Hidden Rare Historical Photos.

Richard Nixon tries to figure out how to use chopsticks during his China visit in 1972. 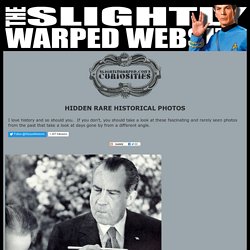 Bob Marley on the beach with Miss World 1976 Cindy Breakspeare, mother of Damien Marley. The Statue of Liberty surrounded by scaffolding as workers complete the final stages in Paris. Circa 1885. In the aftermath of the D-Day invasion, two boys watch from a hilltop as American soldiers drive through the town of St. Lo. 152 mm Howitzer battery fires during Belorussian Strategic Offensive Operation, 1944. A female Lebanese fighter, 1982 Beautiful color image of the German Focke-Wulf Fw 190A-5 fighters, of Fighter Squadron JG54, during flight, 1943. Wirths Circus arrives at platform 9, Spencer St. station in Melbourne, Australia. German Soldiers in 1942. Rare Historical Photos. A boxing match on board the USS Oregon in 1897. 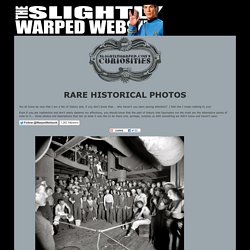