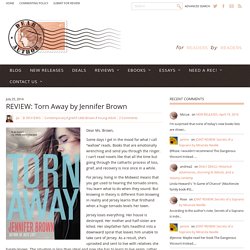 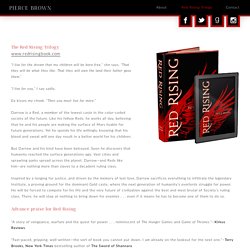 “That they will be what they like. That they will own the land their father gave them.” Guys Lit Wire: CALL ME BY MY NAME by John Ed Bradley. Football in Louisana is almost a religion, and it wasn't any different in the 1970's. 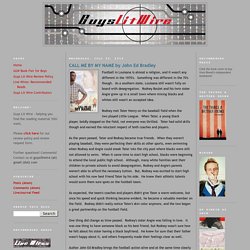 Something was different in the 70's though. As a southern state, Louisana still wasn't fully on board with desegregation. Rodney Boulet and his twin sister Angie grew up in a small town where mixing blacks and whites still wasn't an accepted idea. Rodney met Tater Henry on the baseball field when the two played Little League. When Tater, a young black player, boldly stepped on the field, not everyone was thrilled.

As the years passed, Tater and Rodney became true friends. As expected, the team's coaches and players didn't give Tater a warm welcome, but once his speed and quick thinking became evident, he became a valuable member on the field. Patty Blount » Some boys go too far… Since You've Been Gone Book Review. Lynne Matson: Books. The Kiss of Deception -                                       Welcome . . . LAUREN MILLER. FREE TO FALL (in bookstores on May 13th) WANT TO START READING NOW? 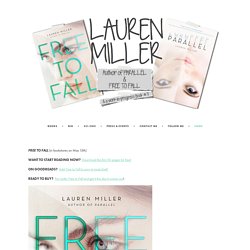 Download the first 50 pages for free! ON GOODREADS? Add Free to Fall to your to-read shelf. READY TO BUY? What if there was an app that told you what song to listen to, what coffee to order, who to date, what to become—an app that could ensure your complete and utter happiness? What if you never had to fall? Fast-forward to a time when Apple and Google have been replaced by Gnosis, a monolith corporation that has developed the most life-changing technology to ever hit the market: Lux, an app that flawlessly optimizes decision making for the best personal results. MADE FOR YOU (2014) ​"Seductively creepy, disturbingly realistic, and intensely suspenseful. 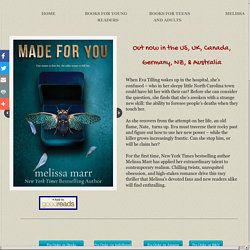 This sinister tale of twisted teenage love and obsession will pull you in from the first page--and haunt you long after you close the last one. " -- Hank Phillippi Ryan, Mary Higgins Clark, Agatha and Anthony award winning author. The Young Elites. The Winner's Curse by Marie Rutkoski. As a general’s daughter in a vast empire that revels in war and enslaves those it conquers, seventeen-year-old Kestrel has two choices: she can join the military or get married. 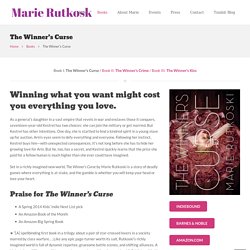 But Kestrel has other intentions. One day, she is startled to find a kindred spirit in a young slave up for auction. Arin’s eyes seem to defy everything and everyone. Following her instinct, Kestrel buys him—with unexpected consequences. It’s not long before she has to hide her growing love for Arin. Set in a richly imagined new world, The Winner’s Curse by Marie Rutkoski is a story of deadly games where everything is at stake, and the gamble is whether you will keep your head or lose your heart. Praise for The Winner’s Curse A Spring 2014 Kids’ Indie Next List pickAn Amazon Book of the MonthAn Amazon Big Spring Book.

Amy Engel. THE BOOK OF IVY, the first in a two-part series, coming from Entangled Teen on November 11, 2014. 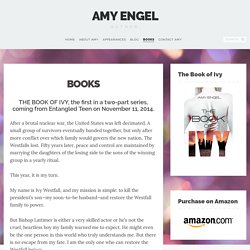 After a brutal nuclear war, the United States was left decimated. A small group of survivors eventually banded together, but only after more conflict over which family would govern the new nation. The Westfalls lost. Fifty years later, peace and control are maintained by marrying the daughters of the losing side to the sons of the winning group in a yearly ritual. Jennifer L. Armentrout   Don’t Look Back. Samantha is a stranger in her own life. 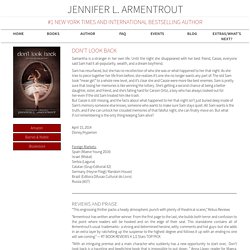 Until the night she disappeared with her best friend, Cassie, everyone said Sam had it all-popularity, wealth, and a dream boyfriend. Sam has resurfaced, but she has no recollection of who she was or what happened to her that night. As she tries to piece together her life from before, she realizes it’s one she no longer wants any part of. The old Sam took “mean girl” to a whole new level, and it’s clear she and Cassie were more like best enemies. Sam is pretty sure that losing her memories is like winning the lottery. But Cassie is still missing, and the facts about what happened to her that night isn’t just buried deep inside of Sam’s memory-someone else knows, someone who wants to make sure Sam stays quiet. April 15, 2014 Disney/Hyperion Foreign Markets: Spain (Maeve Young 2014) Israel (Miskal) Serbia (Laguna) Catalan (Grup Editorial 62) Germany (Heyne Fliegt/ Random House) Brazil (Editora Difusao Cultural do Livro) Russia (AST)