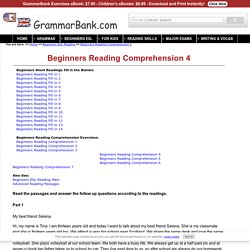 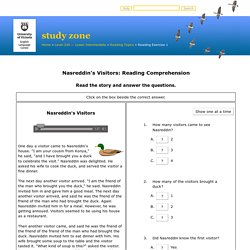 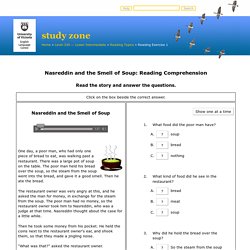 There was a large pot of soup on the table. The poor man held his bread over the soup, so the steam from the soup went into the bread, and gave it a good smell. Then he ate the bread. The restaurant owner was very angry at this, and he asked the man for money, in exchange for the steam from the soup. The poor man had no money, so the restaurant owner took him to Nasreddin, who was a judge at that time. Then he took some money from his pocket. "What was that? " Canada's Tallest Tree: Read & Listen. The Bear And The Two Travelers. How fire was discovered. MI6: The British Secret Intelligence Service. You know about James Bond, but which organisation does he work for? 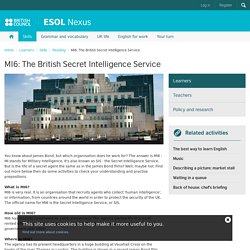 The answer is MI6 - MI stands for Military Intelligence. It's also known as SIS - the Secret Intelligance Service. But is the life of a secret agent the same as in the James Bond films? Well, maybe not. Find out more below then do some activities to check your understanding and practise prepositions. What is MI6?

MI6 is very real. How old is MI6? MI6 has recently celebrated its 100th anniversary. Where is MI6? The agency has its present headquarters in a huge building at Vauxhall Cross on the banks of the river Thames in London. MI6 agents The first chief of MI6 was Sir Mansfield Cumming. Secret Missions During the Second World War (1939-1945), MI6 communicated with agents through coded radio messages broadcast on the BBC. MI6 online MI6 now has an official website where anyone can learn about its history, read a glossary of Secret Intelligence Service words, have a virtual tour or even apply for a job.

A walk in the forest. Tips for being a super-organised student. Posted 2 hours ago by Amy I have always admired students who hand their homework in on time and never forget to do it. 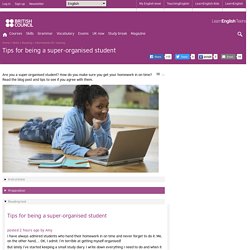 Me, on the other hand, … OK, I admit. I’m terrible at getting myself organised! But lately I’ve started keeping a small study diary. I write down everything I need to do and when it needs to be done by. So I was wondering, what are your tips for getting organised? Comments Hana Good question, Amy. Amy Nice tip, Hana. Gloria The most important thing is to start studying a few weeks before the exams and not leave it until the night before! Thanks, Gloria! Lou Hi, Amy. Great tip, Lou. Dreams. Can you remember a time when you woke up from a fantastic or strange dream? Maybe you were afraid and turned on the light or the dream was so good you wanted to sleep longer. But do you think your dreams are telling you something? Can you see the future in dreams? For hundreds of years, people thought dreams were messages from gods or spirits.

Today, too, many people can remember a time when they saw a place or person in their dream and then, later, the dream happened in real life. Are dreams recycled thoughts? Around the 18th and 19th centuries, there were two popular ideas about dreams. Are dreams messages from our brains? Where’s Roxy? When Chloe arrives home from school, she always makes a cup of coffee and then goes upstairs to her bedroom. 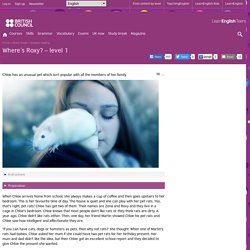 This is her favourite time of day. The house is quiet and she can play with her pet rats. Yes, that's right, pet rats! Chloe has got two of them. Their names are Zena and Roxy and they live in a cage in Chloe's bedroom. 'If you can have cats, dogs or hamsters as pets, then why not rats? ' 'There’s one very important rule,' said Chloe's mum. In her room, Chloe opened the cage.