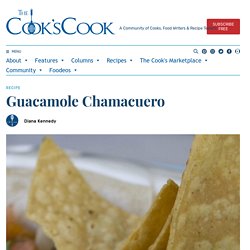 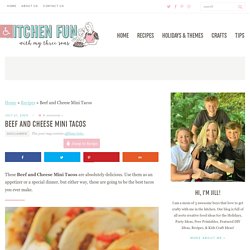 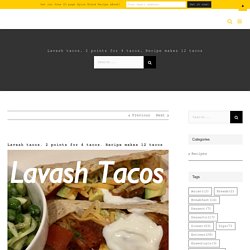 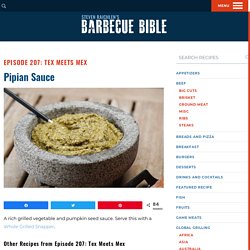 Brush and oil the grill grate. 2: Make the Pipian Sauce: Grill the tomatillos, poblano, serranos, onion, garlic, scallions, and lettuce leaves until golden brown, 2 to 4 minutes per side. Easy Coconut Bacon. If you’ve ever craved bacon but didn’t want the real thing, coconut bacon is the answer! 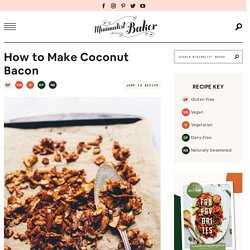 This recipe is simple, requiring just 8 ingredients, 1 pan, and 15 minutes to prepare. The result is crispy, bacon-flavored coconut flakes that are perfect for adding to things like salads, sandwiches, dips, and more! We hope you love this recipe! If you try it, be sure to tag a photo #minimalistbaker on Instagram, and leave a comment and rating! Thanks for supporting Minimalist Baker! Mexican Alambre. You know when you have that craving for tacos, or better yet fajitas? 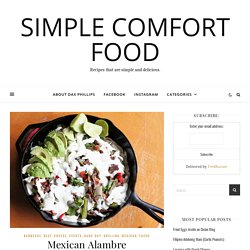 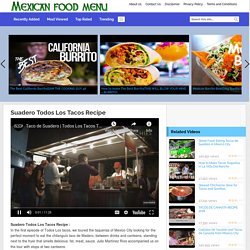 Julio Martínez Ríos accompanied us on the tour with stops at two canteens. We went to the King of the Swader, to Páramo, to the Paisa de la Escandón, to Los Cocuyos and to El Clutch -also known as "the taqueria de las limits" -, and we came to the conclusion that there is no "the best suadero", because the sweat is, more than a taco, an emotion, a pleasure that ends in two bites. Suadero Todos Los Tacos Recipe : In the first episode of Todos Los tacos, we toured the taquerias of Mexico City looking for the perfect moment to eat the chilanguís taco de Madero, between drinks and canteens, standing next to the fryer that smells delicious: fat, meat, sauce. 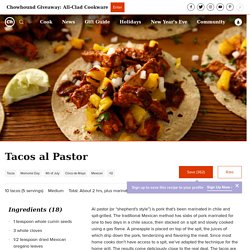 Wrap any meat tightly so that air does not escape and freeze at 0°F. Generally, fresh cuts of pork can last up to six months, while ground pork can last up to three. Pork is easiest to thaw when placed in the refrigerator in its original wrapping. Small roasts will take three to five hours per pound, while larger roasts can take up to seven hours per pound. Thawing ground pork depends entirely on the thickness of its packaging.

YouTube. HuffPost is now a part of Verizon Media. There are some Mexican dishes (hello guacamole) that have become so ubiquitous in the US that we know how to make them in our sleep. 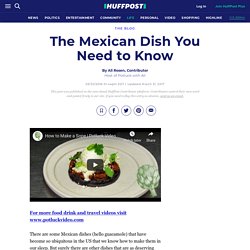 But surely there are other dishes that are as deserving but just not quite as popular? We think the dish most eligible for the spotlight is sope. Sope is a dish with a thick tortilla on the bottom that is topped with meat, beans, cheese and whatever other ingredients you think are worthy. In short: it's delicious. But we wanted to get the best version around so we went to Cosme and had their James Beard Award nominated chef Daniela Soto-Innes teach us her version. So what are you waiting for? Salvadoran Pupusas As Made By Curly And His Abuelita Recipe by Tasty. Reuben Quesadillas Recipe. HuffPost is now a part of Oath. Mushroom Tacos with Onions and Garlic. Food & Wine. Food & Wine. Food & Wine. Gaspacho mexicain. Best Chile Relleno En Nogada recipes. Traditional Chiles en Nogada. A Festive Dish in the Colors of the Mexican Flag We make our chiles en nogada based on an old family recipe from Yuriria, Guanajuato that dates back at least until the 1950’s. 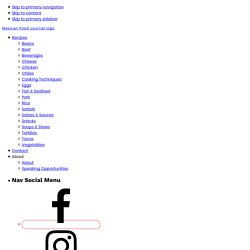 Chiles en nogada are meat stuffed poblano chiles bathed in nogada, a walnut cream sauce and garnished with pomegranate seeds and parsley. It is a festive dish typically served in the month of September to celebrate Independence Day because the colors of the dish are said to resemble the colors of the Mexican flag, green, white and red. In Yuriria, the filling is prepared with beef, pork and biznaga, candied cactus which adds a delicate sweetness. Biznaga will be almost impossible to find but you can replace it with the equivalent amount of any candied fruit or dried fruit with excellent results. How to Make Traditional Chiles en Nogada Chiles en nogada is not a difficult dish to prepare but it does require you to dedicate some time for preparation. STEP 1. – Gather all of the Ingredients STEP 2. – Prepare the Filling. Chicharrón Pupusas - The Cook's Cook. Pupusas originated centuries ago with the Pipil people of El Salvador and were officially named the national dish in 2005.

The name comes from the indigenous language Nahuat and can mean “stuffed” or “puffy.” Sopes with Shredded Beef Recipe. Watch how to make this recipe. For the shredded beef: Put the beef, lime juice, orange juice, chili powder, cumin, salt, coriander and garlic in a large Dutch oven, or heavy-bottomed pot, and add just enough water to cover. Bring to a boil, and then reduce to a simmer over medium-low heat and cook, covered, for 30 minutes. Remove the lid and continue cooking on a gentle simmer for 2 1/2 to 3 hours, stirring occasionally. Once the beef is tender, let it cool slightly in the braising liquid and then shred with two forks, while still in the pot, so as to let all the shredded beef soak up the delicious sauce. Black Bean And Corn Tacos With Radish Salsa And Feta Recipe. Chipotle — La recette pas si secrète du guacamole. Real Tacos Al Pastor Recipe. Grilled Pork Tacos, Pastor Style. Recipe from Season 7, Mexico—One Plate at a Time Servings: 20tacos, enough to serve 4 to 5 as a main course Ingredients Instructions In a blender, combine the achiote paste, chiles, canning sauce, oil and 3/4 cup water.

Blend until smooth. Light a charcoal fire and let the coals burn until covered with gray ash but still very hot; bank the coals to one side and set the grill grate in place. Tacos al Pastor recipe. Chefs' Favorite 5-Ingredient Recipes. Yucatan: How To Make Panuchos and Salbutes. Where’s the Mexican Food? Anyone who lives here will tell you that one of the best things about living in the Yucatan is the food. When we visited here and bought a house, we were still clueless about Yucatecan cuisine… we had no idea about the treasure trove of tastes and delights that we had stumbled into.

Our idea of Mexican food was formed in California, where Taco Bell and chicken enchiladas rule the day. So imagine our surprise when we couldn’t find a quesadilla or a burrito to save our souls (or our stomachs), but instead were presented with tiny little tortillas and things like castacan and cochinita. What the hey? As in many cultures, the food was another avenue of learning for us about the unique place that Yucatan holds in Mexico and in the world. Fast forward seven years and now we’re very practiced at eating everything from that aforementioned cochinita and castacan to pavo relleno negro and papadzules.