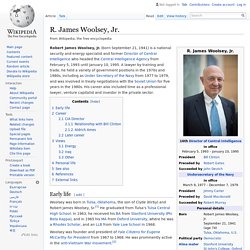 (born September 21, 1941) is a national security and energy specialist and former Director of Central Intelligence who headed the Central Intelligence Agency from February 5, 1993 until January 10, 1995. A lawyer by training and trade, he held a variety of government positions in the 1970s and 1980s, including as Under Secretary of the Navy from 1977 to 1979, and was involved in treaty negotiations with the Soviet Union for five years in the 1980s.

His career also included time as a professional lawyer, venture capitalist and investor in the private sector. Early life[edit] Woolsey was founder and president of Yale Citizens for Eugene McCarthy for President from 1967 to 1968. James woolsey bio 2011. Celui qui aimerait voir Snowden pendu. In the wake of the Paris attacks, CIA officials went to work blaming, of all people, Edward Snowden, with former Director James Woolsey saying Snowden “has blood on his hands” because the terrorists were harder to catch after wising up to CIA tracking tactics all because of Snowden’s leaks. 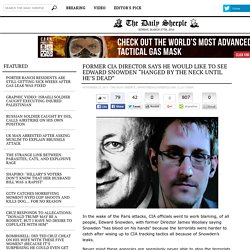 Never mind these agencies are seemingly never able to stop the terrorists no matter how much power they are given. Well now Woolsey has doubled down, saying that he would like to see Snowden, “hanged by the neck until he’s dead” for treason. Via the Sun Daily Standard: Said he'd like to watch Snowden be hanged for treason. James Woolsey said on Thursday that Edward Snowden is partly responsible for the Paris terror attacks that left at least 132 dead last weekHe said Snowden's 2013 leak was 'substantial' and that he should be given the death sentenceWoolsey's comments echoed current CIA Director John Brennan's sentiments from earlier this weekBrennan said 'unauthorized disclosures' such as the Snowden leaks have made it 'much more difficult' to track down terrorists By Kelly Mclaughlin For Dailymail.com Published: 16:22 GMT, 20 November 2015 | Updated: 03:00 GMT, 21 November 2015. 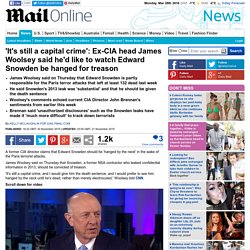 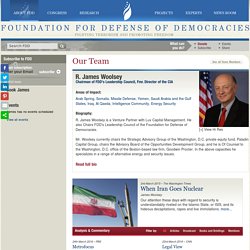 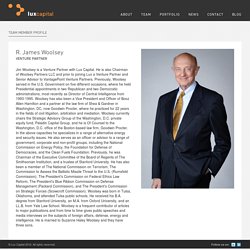 He is also Chairman of Woolsey Partners LLC and prior to joining Lux a Venture Partner and Senior Advisor to VantagePoint Venture Partners. 2000 Lux Capital. Lux Capital is a venture capital firm founded by Peter Hébert, Robert Paull, and Josh Wolfe[1] in 2000[2] . 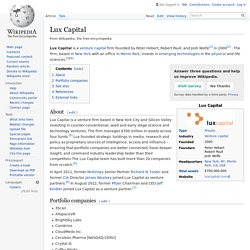 The firm, based in New York with an office in Menlo Park, invests in emerging technologies in the physical and life sciences.[3][4] Answer three questions and help us improve Wikipedia. Thanks for the feedback! Climate Change Will Transform National Security.