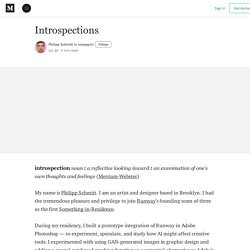 I am an artist and designer based in Brooklyn. I had the tremendous pleasure and privilege to join Runway’s founding team of three as the first Something-in-Residence. During my residency, I built a prototype integration of Runway in Adobe Photoshop — to experiment, speculate, and study how AI might affect creative tools. 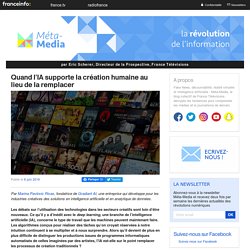 Musiques. IBM’s New AI Does Something Amazing: It Learns From “Memories” Continual Learning When an AI algorithm learns a new skill — say a video game like StarCraft II — it can get good enough to topple the best human pros. 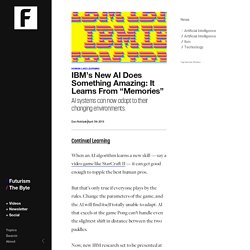 But that’s only true if everyone plays by the rules. Change the parameters of the game, and the AI will find itself totally unable to adapt. AI that excels at the game Pong can’t handle even the slightest shift in distance between the two paddles. Now, new IBM research set to be presented at an AI conference in May could change that. When it was playing a game of Flappy Bird, for instance, the algorithm could continue to play even as the distance between pipes and obstacles kept changing, according to the research paper recently shared online by the IBM-Watson AI lab — a remarkable example of flexible reasoning by a next-generation AI, and perhaps a sign of things to come.

Clean Slate The end goal of projects like this is to build artificial general intelligence, or the sort of human-like — or super-human-like — AI from science fiction. Two rival AI approaches combine to let machines learn about the world like a child. Over the decades since the inception of artificial intelligence, research in the field has fallen into two main camps. 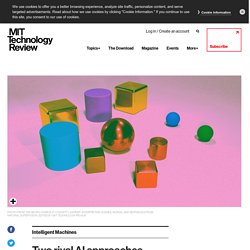 The “symbolists” have sought to build intelligent machines by coding in logical rules and representations of the world. The “connectionists” have sought to construct artificial neural networks, inspired by biology, to learn about the world. The two groups have historically not gotten along. But a new paper from MIT, IBM, and DeepMind shows the power of combining the two approaches, perhaps pointing a way forward for the field. DeepMind has made a prototype product that can diagnose eye diseases. It’s a device that scans a patient’s retina to diagnose potential issues in real time. 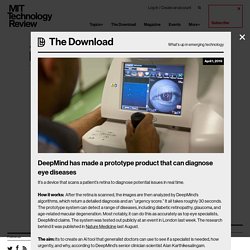 How it works: After the retina is scanned, the images are then analyzed by DeepMind’s algorithms, which return a detailed diagnosis and an “urgency score.” It all takes roughly 30 seconds. The prototype system can detect a range of diseases, including diabetic retinopathy, glaucoma, and age-related macular degeneration. Most notably, it can do this as accurately as top eye specialists, DeepMind claims.

The system was tested out publicly at an event in London last week. 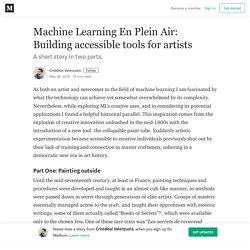 That was one of the reasons I decided to come to NYU’s Interactive Telecommunications Program (ITP) almost two years ago. New AI Imaging Technique Reconstructs Photos with Realistic Results - NVIDIA Developer News CenterNVIDIA Developer News Center. Researchers from NVIDIA, led by Guilin Liu, introduced a state-of-the-art deep learning method that can edit images or reconstruct a corrupted image, one that has holes or is missing pixels. 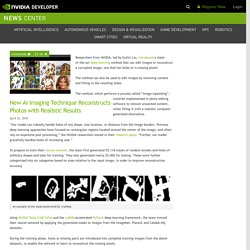 The method can also be used to edit images by removing content and filling in the resulting holes. The method, which performs a process called “image inpainting”, could be implemented in photo editing software to remove unwanted content, while filling it with a realistic computer-generated alternative. “Our model can robustly handle holes of any shape, size location, or distance from the image borders. Previous deep learning approaches have focused on rectangular regions located around the center of the image, and often rely on expensive post-processing,” the NVIDIA researchers stated in their research paper.

“Further, our model gracefully handles holes of increasing size.” Because of this, the model outperforms previous methods, the team said. Neural Network Dreaming of Landscape Paintings for 10 Minutes.